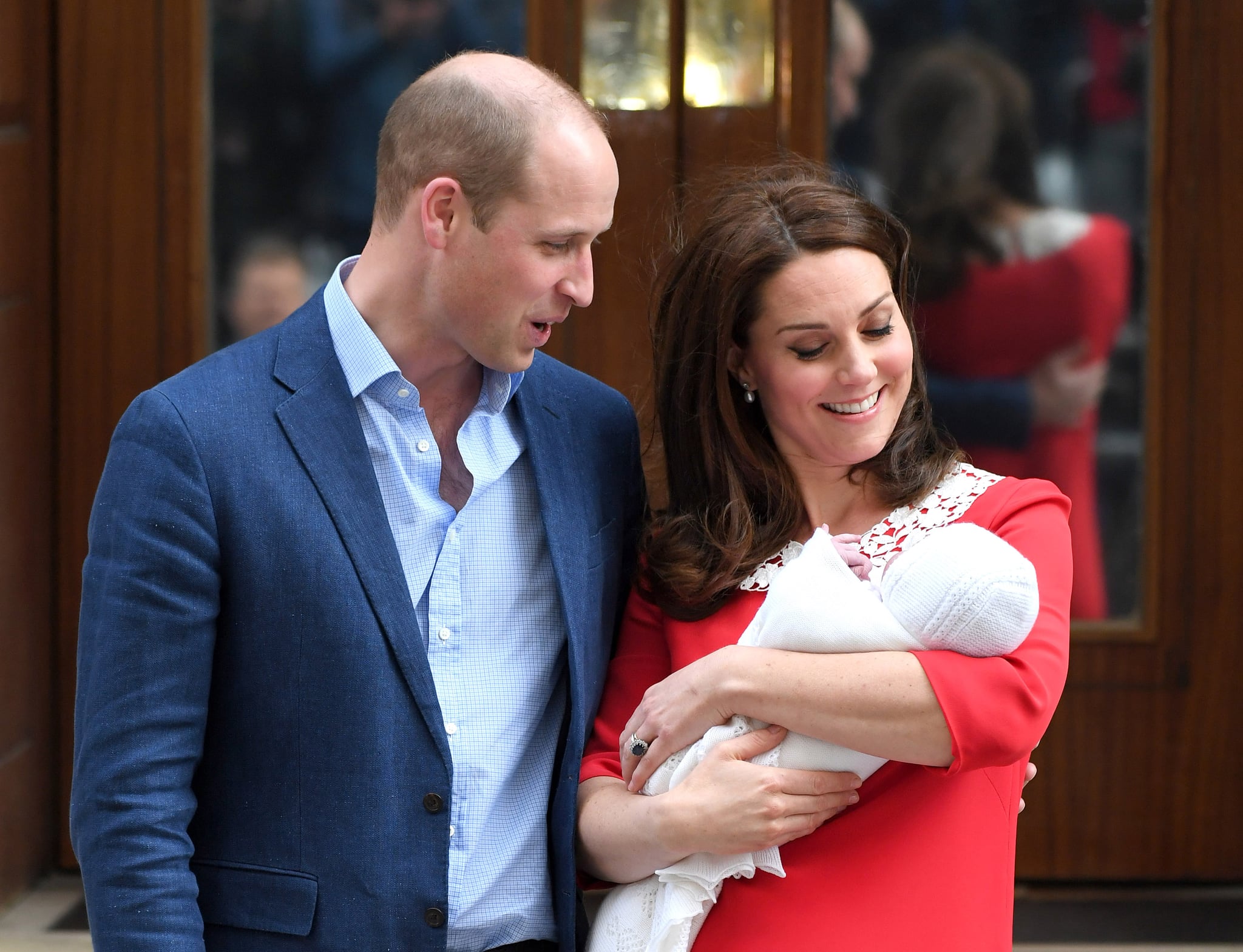 Ahead of Prince Louis's christening, which will take place at Chapel Royal in St James's Palace later today, Kensington Palace has announced details of his six godparents. Prince Louis will have one more godparent than sister, Princess Charlotte, and one less godparent than older brother, Prince George. The godparents were chosen from Prince William and Kate Middleton's closest friends and family. Here's the whole list:

Lucy Middleton is one of Kate's cousins. She's the second cousin to be given the honor: Adam Middleton is Princess Charlotte's godparent.

Nicholas van Cutsem has been friends with Prince William since childhood. William and Kate attended his wedding in 2012.

Laura Meade is a close friend to both the Duke and Duchess of Cambridge, they were neighbors when the family was living in Norfolk. James Meade, Laura's husband, is godfather to Princess Charlotte.

Harry Aubrey-Fletcher has been a friend of Prince William and Prince Harry since prep school.

Hannah is one of Kate's closest friends. William and Kate attended Hannah's wedding to Robert Carter a year after their own wedding.

As expected, Prince Harry and Meghan Markle aren't among those chosen ones, as William and Kate have always chosen to avoid immediate family when choosing godparents. However they will attend the christening, alongside Prince Charles and Camilla, Kate's parents Michael and Carole Middleton, her brother James, and her sister Pippa and her husband James Matthews.