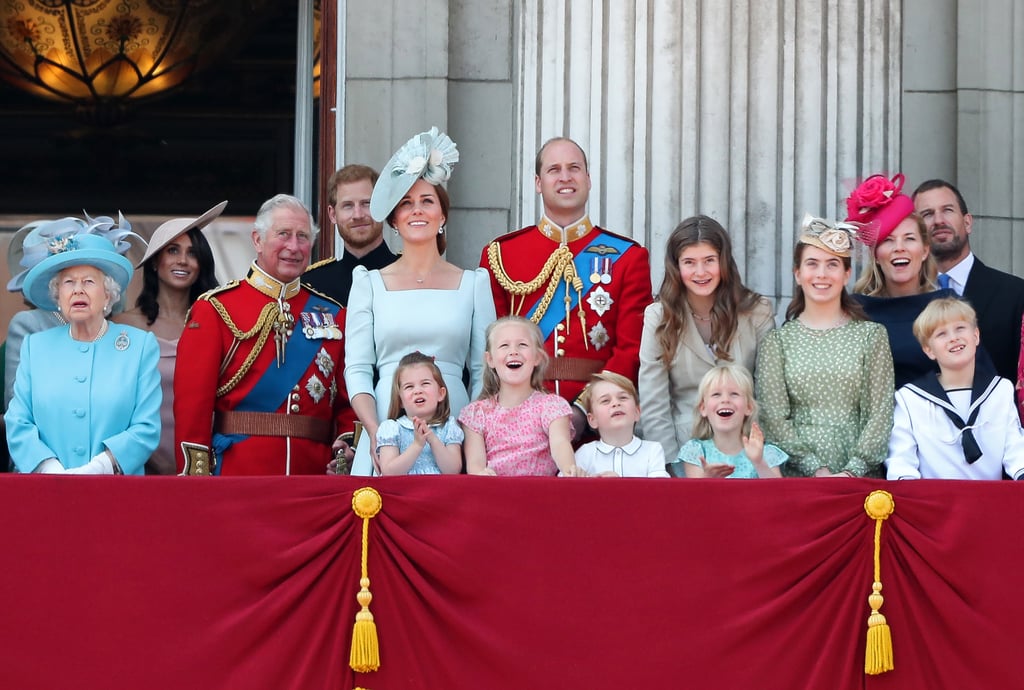 Meghan Markle attended her first-ever Trooping the Colour parade over the weekend, and she looked absolutely stunning! Not only was Meghan glowing, but she even nailed her curtsy to Queen Elizabeth II with help from Prince Harry. However, Meghan wasn't front and center during her Buckingham Palace balcony debut, and there's a good reason.

As it turns out, there's a "pecking order" for these type of royal events. "She was not as prominent perhaps as some people might have expected, but there's a pecking order," Majesty magazine editor Joe Little told People. "There was no slight intended, but William being the older, more senior brother would go out [first] with his wife. [Meghan] was still in a good position. She was central rather than the alternative of being in the front row and along the balcony to the left or right. She was still near the heart of the action."

In fact, when Kate Middleton made her Buckingham Palace balcony debut in 2011, she stood in the front, but to the far left. So there you have it.

Related:
This Video Has People Convinced That Meghan Markle Is a Robot and, You Guys, I Give Up
Previous Next Start Slideshow
Meghan MarkleThe RoyalsCelebrity FactsThe British Royals

Celebrity Facts
Ashton Sanders Has Already Had a Remarkable Career, and It Just Keeps Getting Better
by Kelsie Gibson 5 days ago