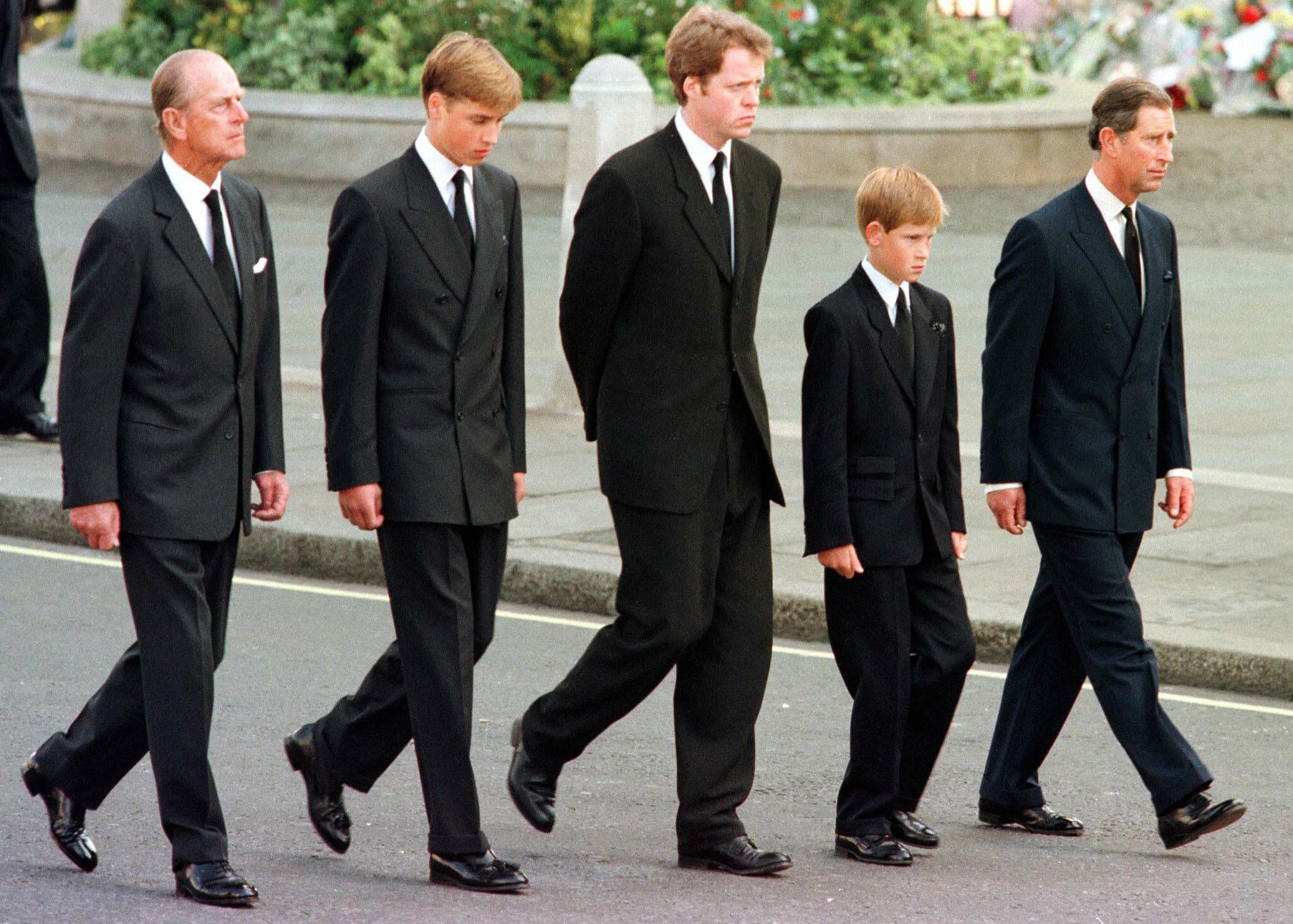 Princess Diana's funeral was an unforgettably tragic and touching event watched by billions around the world. Almost 20 years later, the images still conjure up emotions, especially those of her two young sons, Princes William and Harry. Among the most iconic is the picture of the boys walking behind Diana's horse-drawn casket with their father, grandfather, and uncle, Earl Spencer, Diana's brother. Atop the casket, Harry had placed a card addressed to "Mummy." 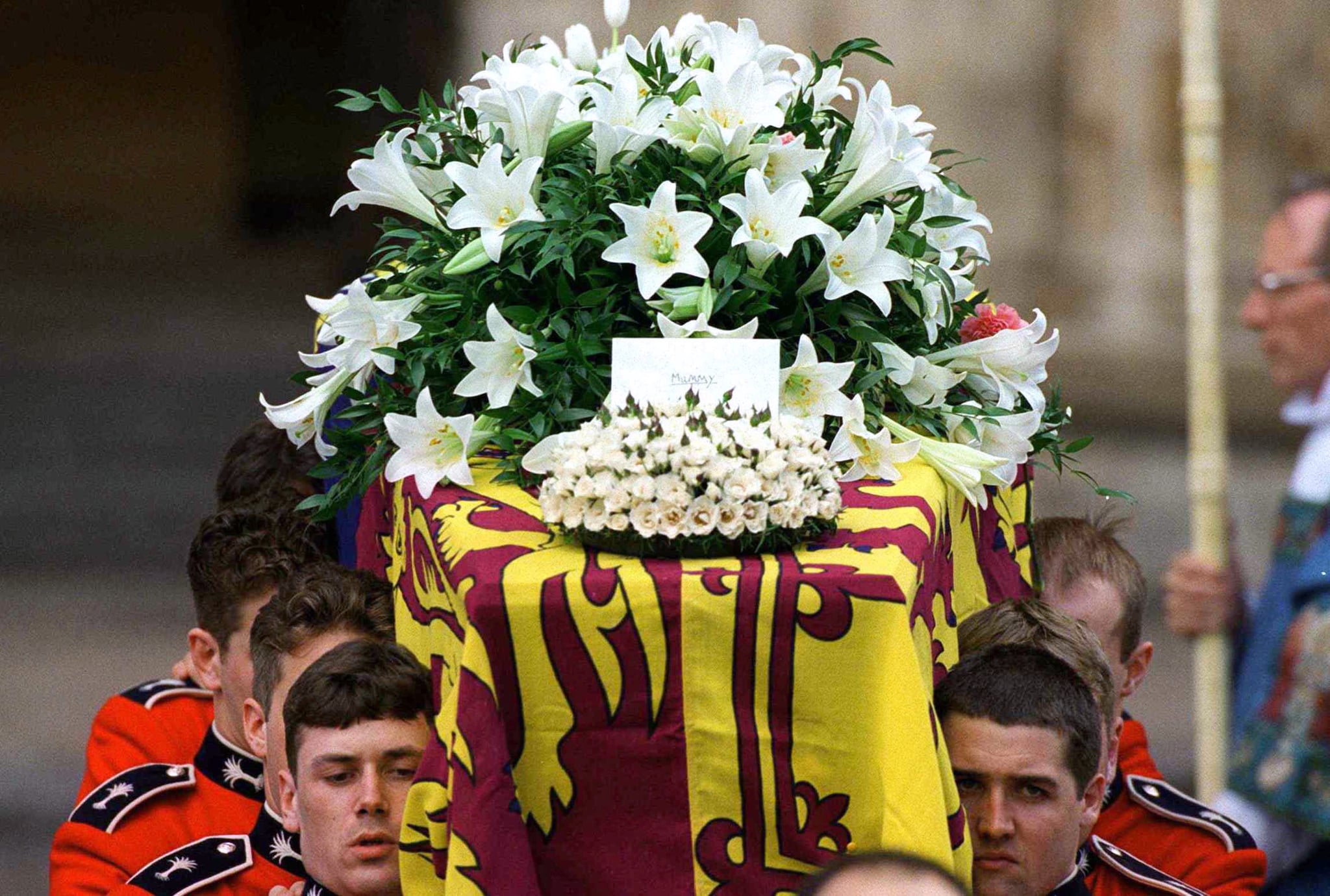 Related:
Queen Elizabeth II Did Something at Diana's Funeral That the Public Did Not See Coming

The story behind the procession provides insight into the royal family dynamic ahead of the funeral. Sally Bedell Smith relays the details in her new biography of the Prince of Wales, Prince Charles. The day before the funeral, the royal family had arrived back in London after grieving privately at the queen's Scottish estate Balmoral. Bedell Smith explains that "the one lingering question about the funeral was whether William and Harry would walk in the procession behind their mother's horse-drawn gun carriage." Charles wanted his sons to walk because it was a tradition for royal men, but the boys were reluctant.

Finally, it was their grandfather, Prince Philip, who helped William and Harry make the decision. Bedell Smith writes that Prince Philip told William, "If you don't walk, you may regret it later." He went on, "I think you should do it. If I walk, will you walk with me?" Thanks to that conversation, William and Harry joined the procession at St. James's Palace, providing history with a moment we won't soon forget.

Adele
Not So Fast! Adele Says She's Single Amid Those Skepta Dating Rumors
by Monica Sisavat 3 days ago

The Voice
Gwen Stefani and Blake Shelton's Complete Relationship, From The Voice to the Ring
by Amanda Prahl 2 days ago