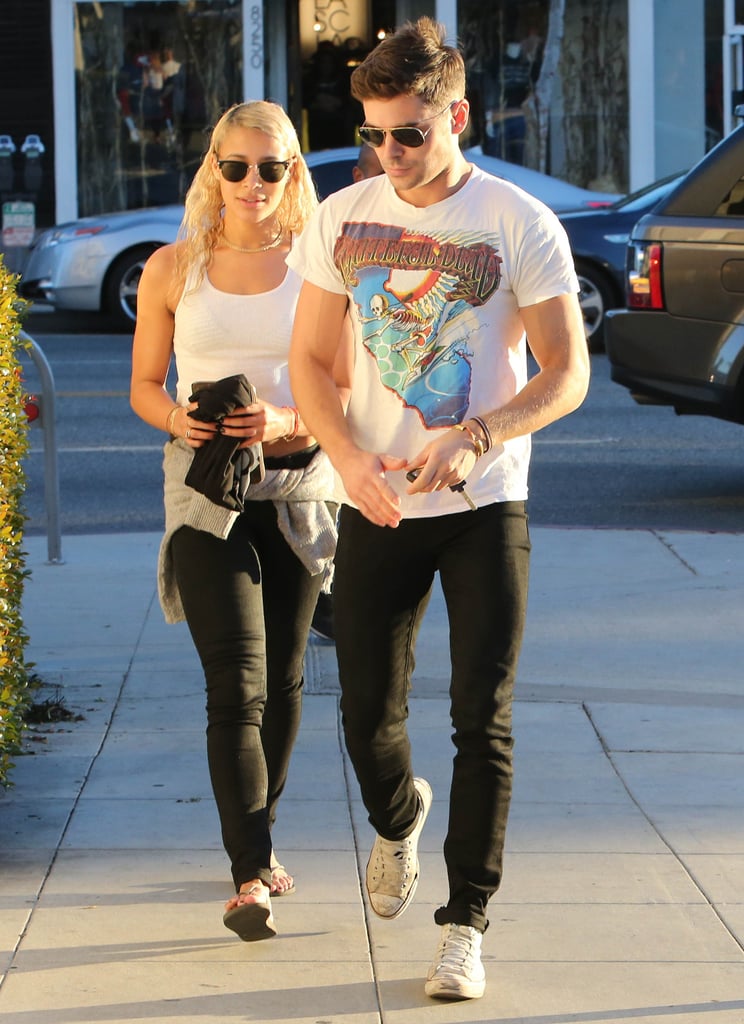 Zac Efron and his new girlfriend, Sami Miró, met up in LA wearing similar ensembles on Wednesday. The couple was first spotted together in September, following Zac's Summer fling with Michelle Rodriguez. Zac and Sami have made multiple outings since, including to a friend's wedding in Chicago and a star-studded Halloween party last month, which was also attended by Zac's ex Michelle. The new duo may have another opportunity to take their romance public at the People's Choice Awards in January, since Zac's movie Neighbors was one of the 2015 People's Choice Awards nominees.