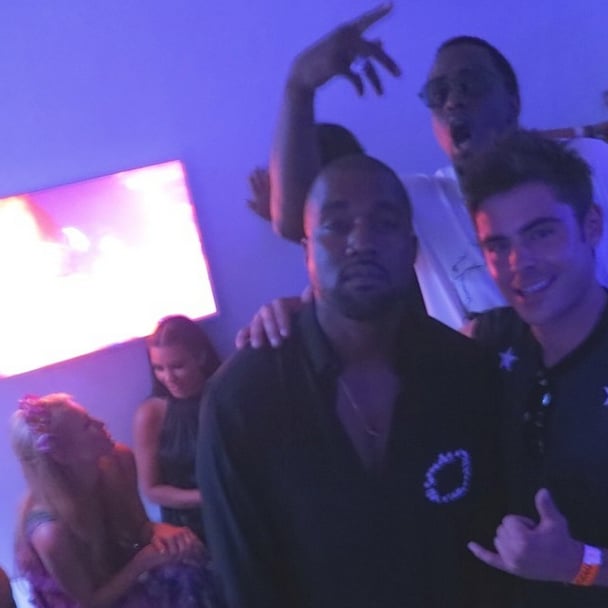 Last Friday, Zac Efron's pal Mohammed Al Turki shared a flashback photo to Givenchy designer Riccardo Tisci's birthday party in Ibiza, Spain, earlier this month, and there is too much fun celebrity stuff going on in the single snap to ignore. First, Zac is seen wrapping his arm around Kanye West, who continues to look unimpressed by everything. Meanwhile, Diddy is seen photobombing the two stars in the background, while former besties-turned-enemies Kim Kardashian and Paris Hilton are seen reconnecting in the background. Considering how many stars were at the actual event, we're just surprised that Justin Bieber or Michelle Rodriguez didn't make a random appearance in the photo. Either way, Zac and Michelle appear to still be going strong with their Summer of love and were spotted having fun on a yacht last week.

Father's Day
Kim and Kanye Twinned in Leather Outfits, but How Cute Is North's Custom Cow-Print Dress?
by Nikita Charuza 3 weeks ago