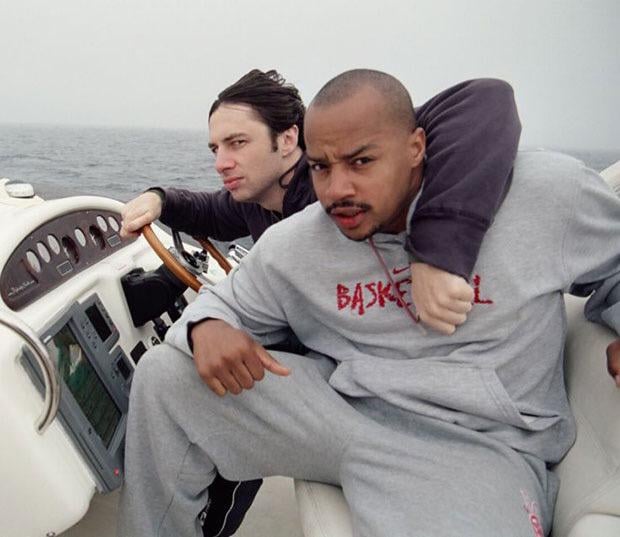 Zach Braff recently joined the slew of celebrities and high-power individuals who are speaking out against Indiana's new Religious Freedom Restoration Act. Along with the photo above, he tagged Donald Faison in a hilarious tweet that said, "If you really and truly want pizza for your gay wedding in Indiana... We will make it for you." The tweet refers to an incendiary move made by Memories Pizza just last week. It's a small restaurant in Indiana that refused to serve pizza at homosexual weddings, citing the state's new and controversial law as justification for its actions. Zach, of course, isn't the first celebrity to address the incident or the law itself. Rihanna called the whole thing "bullsh*t" during her concert in Indianapolis, Miley Cyrus tweeted about stirring things up, and plenty of others are speaking out in their own ways. We're thinking Zach's response just as epic as the time he Instagrammed a pool picture with Donald on MLK Day. We're also tempted to take him up on his offer.

Donald Trump
Greta Thunberg Trolled Trump Again . . . and as He Was Leaving the White House, No Less
by Kelsey Garcia 4 hours ago

Celebrity Instagrams
From Michelle Obama to Chrissy Teigen, See How Stars Are Reacting to Inauguration Day
by Monica Sisavat 6 hours ago