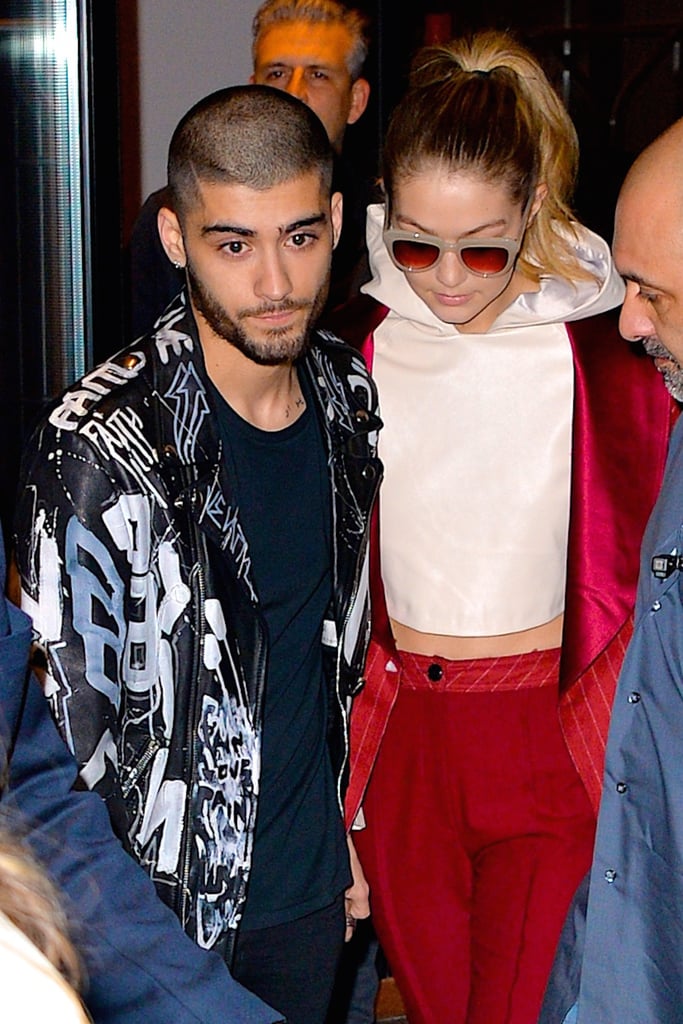 Zayn Malik and Gigi Hadid celebrated the release of his new album, Mind of Mine, in New York City on Friday with two separate outings. The couple, who first began dating back in November, stayed very close when they made their way through a crowd of fans on Friday morning. They were then seen again heading to Zayn's iHeartRadio concert after leaving her East Village apartment. The former One Direction member kept a protective arm around the supermodel, leading her through the packed sidewalk.

Of course, this isn't the first time we've seen Zayn show off his sweet chemistry with Gigi. After she starred in his steamy music video for "Pillowtalk," the pair was spotted holding hands during a stroll in the Big Apple. They've also shared numerous snaps of their love on social media. Keep reading to see more of their latest date, and then check out Zayn's new music video for "BeFoUr."