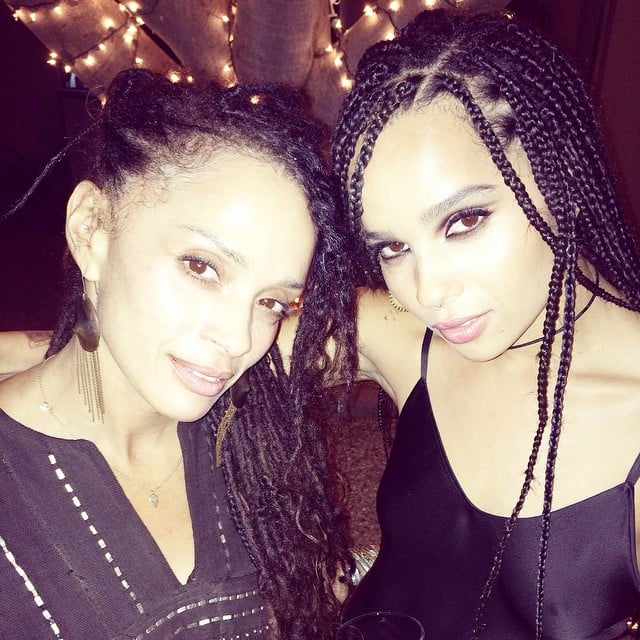 Zoë Kravitz hit the town with her mom, Lisa Bonet, in LA on Thursday night, and the two looked more alike than ever. Zoë shared a cute photo of the two at a book launch hosted by Michael Kors via Instagram, writing, "Night out with my best gal." Though Zoë has clearly inherited her mom's good genes (not to mention those of her equally-hot dad, Lenny Kravitz), she and Lisa have been looking even more identical since the Divergent actress recently began showing off a new appearance. Late last month, Zoe was spotted shopping in LA rocking a cropped sweater, ripped jeans, and the waist-length box braids that her mother helped make famous in the early '90s; almost 30 years ago, Lisa starred as the free-spirited Denise Huxtable on The Cosby Show (and later A Different World). Since then, Lisa — who is now married to Game of Thrones star Jason Momoa — has kept her supercool bohemian-chic hair and clothing, and it's obviously been passed down to Zoe. Keep reading to see Zoë and Lisa together in LA, as well as another example of how similar they look lately.

Gifts For Men
Teyana Taylor, Iman Shumpert, and Their Daughters Star in a New Skims Cozy Campaign
by Sarah Wasilak 8 hours ago