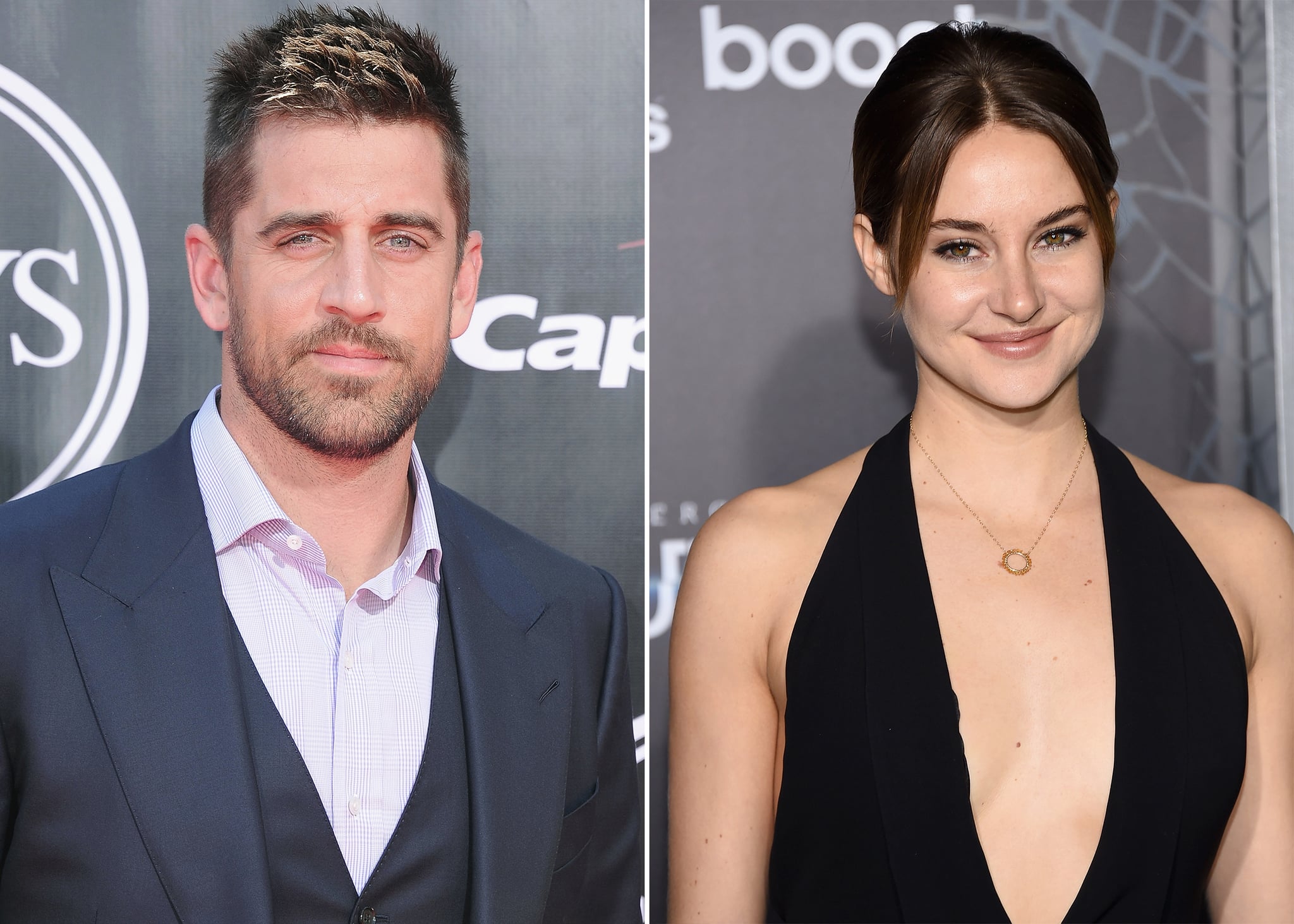 Just days after it was reported that Shailene Woodley and Aaron Rodgers were in a long-distance relationship, the Green Bay Packers quarterback announced that he's engaged. While accepting the MVP award during the NFL Honors ceremony on Feb. 6, Aaron confirmed his relationship status. "2020 was definitely a crazy year filled with lots of change, growth, some amazing, memorable moments, 180 straight days of having my nose hair scraped, playing for very little fans or no stands the entire season, I got engaged, and I played some of the best football of my career," he said before thanking the "great group of people" that support him, including his fiancée. Although he did not mention the individual by name, a source later confirmed to People that Shailene Woodley and Aaron are engaged. "They are very happy together," the source told the publication. "It's not surprising he proposed so fast. When you know, you know, right?"

During her appearance on The Tonight Show on Feb. 22, Shailene finally broke her silence on the engagement, confirming the milestone to Jimmy Fallon. "For us, it's not new news, you know," she told the host. "So, it's kind of funny. Everybody right now is freaking out over it, and we're like, 'Yeah, we've been engaged for a while.'" Apparently, prior to meeting Aaron, Shailene had never even seen a football game. "He's, first off, just a wonderful, incredible human being. But I never thought I'd be engaged with somebody who threw balls for a living. I never thought as a little girl, 'Yeah, when I grow up, I'm gonna marry someone who throws balls! Yeah!' But he's really just so good at it." Even her dog wanted her to date Aaron when they first met. "When I first met him, my dog pulled me aside and was like, 'If you don't date this dude, I will disown you as my mother, because the three feet that I run with you when you throw a ball is nothing compared to the marathon I'm able to run with him.'"

It's unclear when the pair started dating; however, Shailene told Jimmy that they met during the pandemic. However, back in September 2020, Aaron spoke with The Pat McAfee Show about his new lease on life. "I've made decisions and changes and habits that put me in a lot better headspace, and there's just a lot of things that have come together in my life over the last few months that have really been enjoyable. . . . That's why I'm having so much fun, and it starts with love," he said. "And then surrounding yourself with people that you really enjoy." It makes sense that we're only just now hearing about their relationship, as a source told E! News, "They have kept things private and low key."

Shailene previously dated rugby player Ben Volavola. In 2020, she explained their split to Bustle: "I realized I was still at an age where I wasn't able to fully commit. I couldn't be available to him in the way that I wanted to be. I didn't fully love myself." Aaron and race car driver Danica Patrick broke up in July 2020 after they started dating in January 2018.