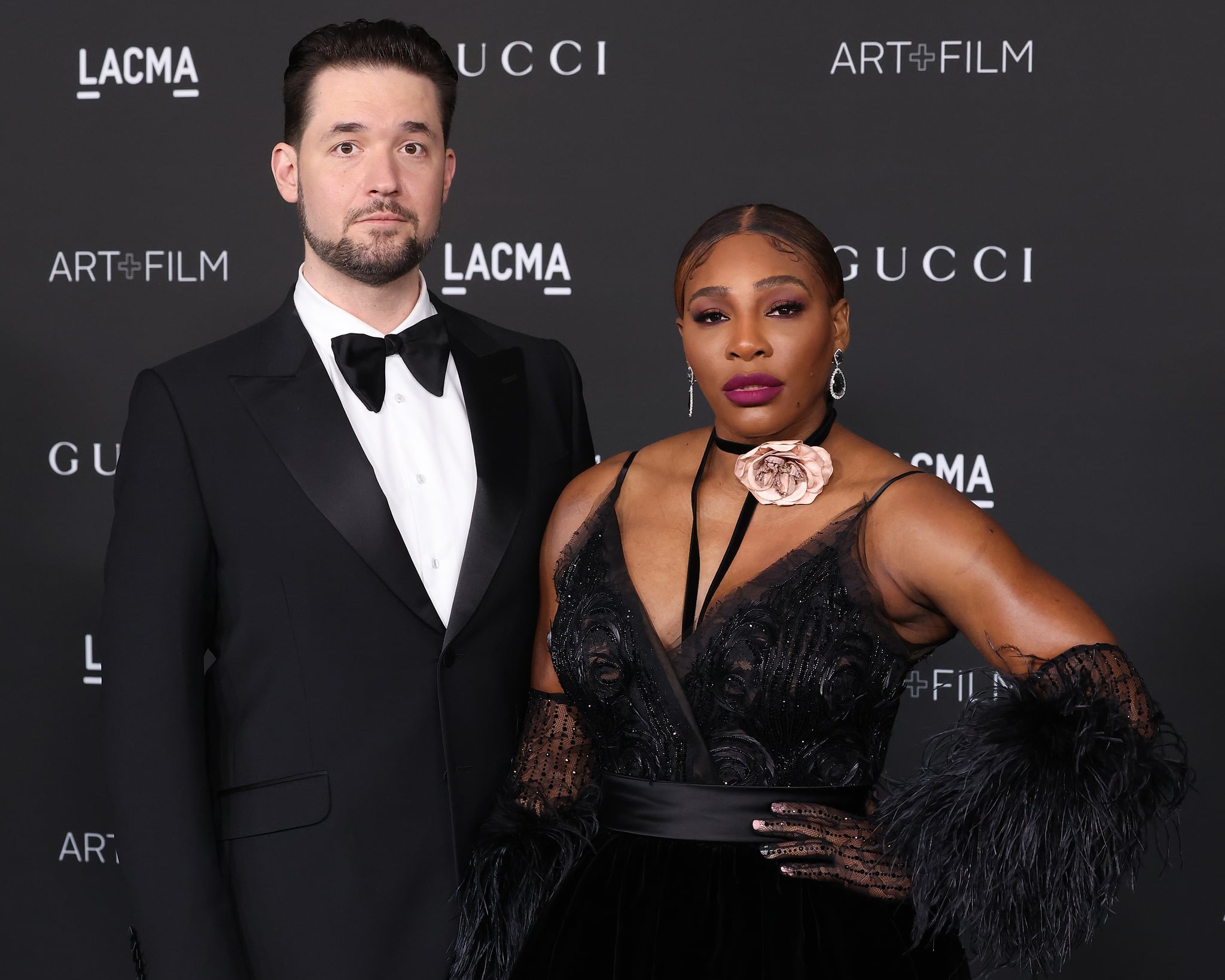 In the wake of announcing that she'll be stepping away from tennis to focus on her family, Serena Williams's husband, Alexis Ohanian, wants to make sure his wife knows just how influential she is. On Aug. 12, the Reddit founder penned an emotional tribute to Williams highlighting all the ways her career has touched people around the world. According to him, his wife's accomplishments far outweigh his creation of Reddit.

Ohanian shared two photos on Instagram: one featuring him and the couple's 4-year-old daughter, Olympia, and another of a fan holding up a sign that read "Queen." He captioned the images, "I've seen over the last 7 years how much y'all love my wife—what she means to so many, worldwide. It's unlike anything I've ever seen. Plenty of folks have told me 'how Reddit changed their life,' but the scale & impact of 'how Serena changed my life' stories absolutely dwarfs it."

He went on to note that's just what he hears from fans when they come up to talk to him or Williams. Ohanian is sure the tennis legend's reach goes much further than either of them could possibly imagine. "You simply cannot overstate the breadth and depth of influence she's had on so many people," he wrote. "As far as I can tell, she has no idea. @serenawilliams doesn't think about it, or even realize it."

"You simply cannot overstate the breadth and depth of influence she's had on so many people."

Williams commented on the post with five heart emojis. On Aug. 9, the tennis superstar announced her retirement from tennis in the September 2022 issue of Vogue. "I have never liked the word retirement," she told the publication. "It doesn't feel like a modern word to me. I'm here to tell you that I'm evolving away from tennis, toward other things that are important to me."

She went on to share how grateful she is to her many fans. "I'm not looking for some ceremonial, final on-court moment. I'm terrible at goodbyes, the world's worst," she said. "But please know that I am more grateful for you than I can ever express in words. You have carried me to so many wins and so many trophies. I'm going to miss that version of me, that girl who played tennis. And I'm going to miss you."

Florence Pugh
Florence Pugh Thanks the Cast and Crew of "Don't Worry Darling": "Your Dedication and Love Was Seen Daily"
by Sabienna Bowman 20 hours ago