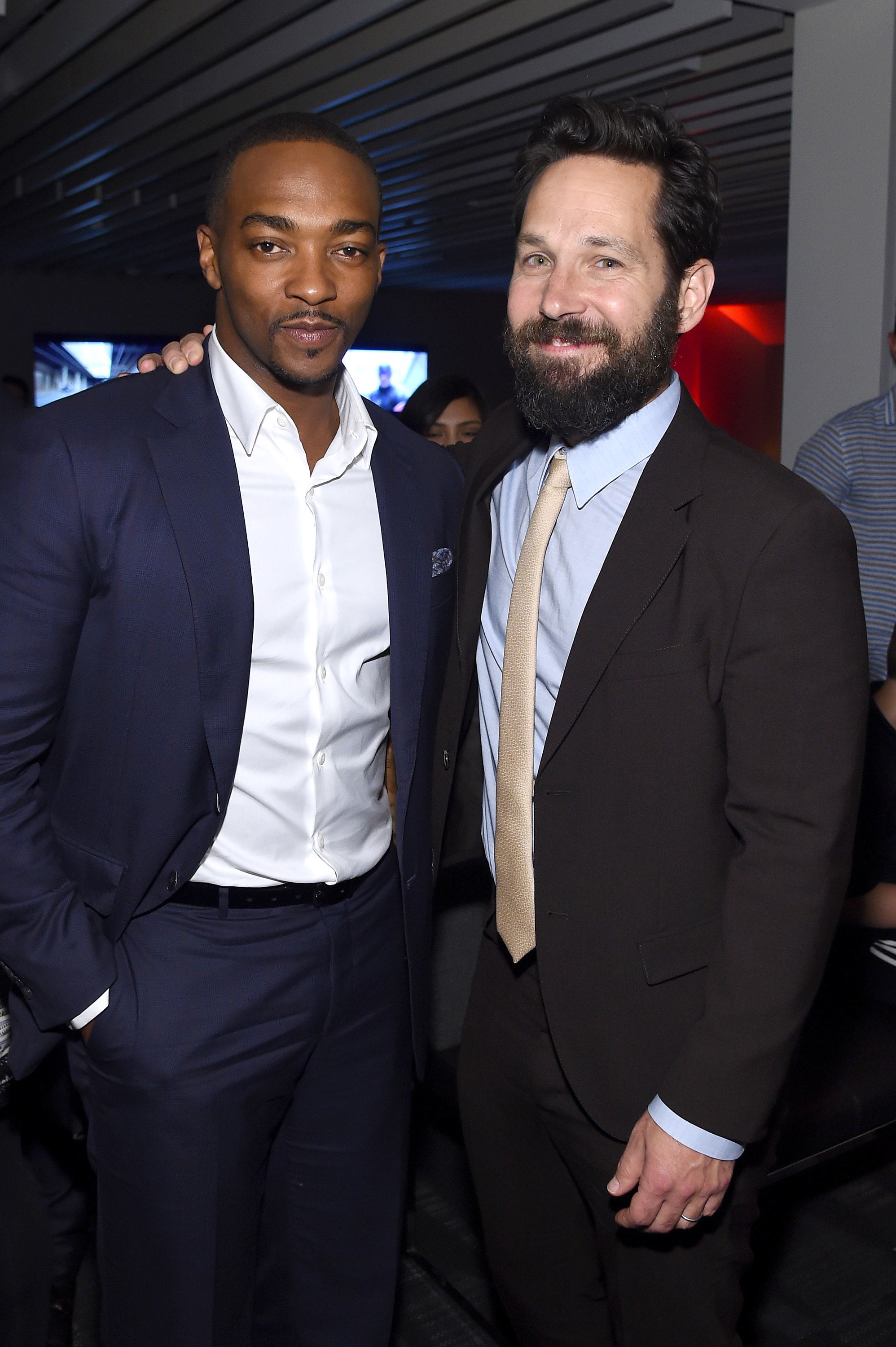 We have some new Marvel Cinematic Universe intel, courtesy of Anthony Mackie. On Thursday, the 42-year-old actor stopped by The Tonight Show Starring Jimmy Fallon and opened up about his offscreen friendship with fellow members of the MCU squad. After sharing that he's part of an Avengers-only fantasy football team, Anthony revealed which costars are the biggest trash talkers. According to the actor, who plays Falcon in the Marvel film franchise, Chris Evans and Paul Rudd are quick to throw friendly shade. "Paul Rudd talks intellectual trash, which is confusing because you don't know if he's insulting you," he said. Considering just how precious Paul is, that seems to check out. Watch Anthony's full interview ahead!