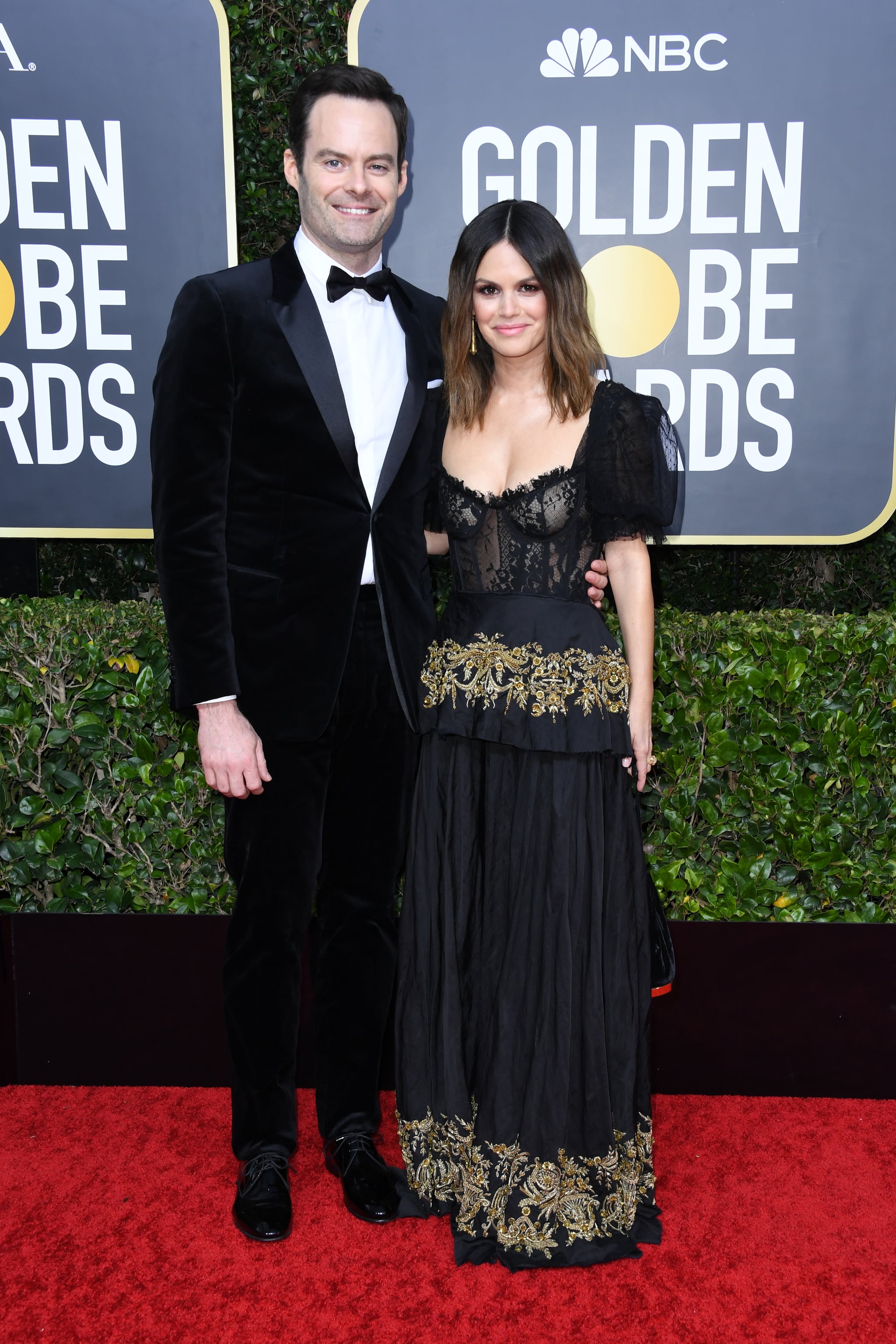 Rachel Bilson and Bill Hader are now a red-carpet-official couple. The O.C. actress and Saturday Night Live comedian appeared together at the 2020 Golden Globes — where Hader, who currently directs, writes, and stars on Barry, was nominated for best actor in a television series, musical or comedy — seemingly confirming their relationship. Here's what we know about their romance.

The couple were first rumored to be seeing each other in December when they were spotted getting coffee in Hader's hometown of Tulsa, OK, though it's unclear how long they've been together.

Back in 2018, Hader settled a divorce with his ex-wife, Maggie Carey, with whom he shares three daughters. Bilson, on the other hand, was last linked to Star Wars' Hayden Christensen, with whom she has a daughter. The two actors officially separated in 2017.

Hader and Bilson apparently met long before they broke up with their former partners, though. In 2013, Bilson costarred with Hader in 2013's The To Do List, a raunchy coming-of-age rom-com written and directed by his ex-wife.

by Lindsay Kimble 10 minutes ago