BTS made a special appearance on The Late Late Show With James Corden's Carpool Karaoke segment on Tuesday, and to say we're excited would be an understatement.

After piling Jin, Suga, J-Hope, RM, Jimin, V, and Jungkook into a car with host James Corden, the K-pop group proceeded to show off their incredible vocals as they sang various songs from their recent album Map of the Soul: 7, as well as to a cover of Bruno Mars' "Finesse (feat. Cardi B)," and the Friends theme song. In addition to the incredible singing, there are also plenty of funny moments, including James telling RM that his Korean isn't very good and asking for help with translation. When the pair speak in English, a few of the members respond and say "I don't know what he said but let's laugh," causing fits of giggles (on our part, too).

Get ready for 16 minutes of pure joy as the group sings, dances (no seriously, they join a dance class), and laughs along to the music. Watch the full video above to see James (or should we say Papa Mochi as Jin affectionately nicknamed him) working really hard to become that 8th band member of BTS. 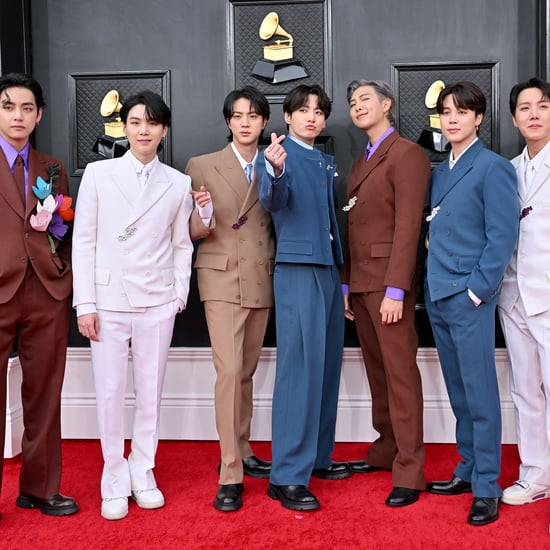