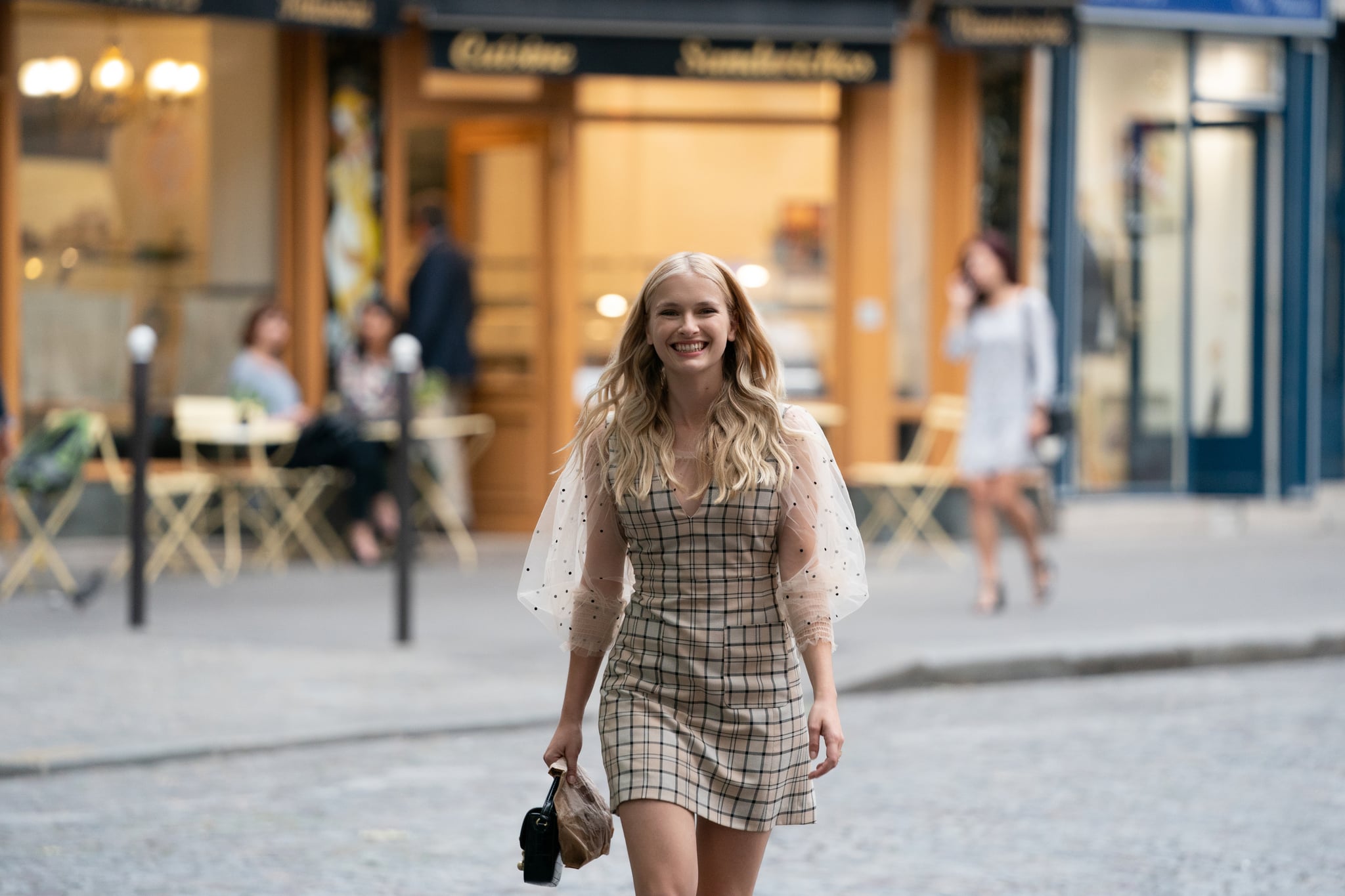 Emily in Paris season two is Camille Razat's favorite season yet — agreed! The Netflix show went through a makeover, taking into account criticism for the show's lack of diversity and the fact that many of the supporting characters seemed one-dimensional. Camille (who plays Camille) chatted with POPSUGAR about her character's evolution, why season two is a must see, and why she loves newcomer Alfie's (Lucien Laviscount) anti-Paris attitude. "I love that Camille is becoming more complex . . . She's not just nice and smiley, that she's a very complex and competitive woman."

Without spoiling too much, you'll see a different side to Camille in the aftermath of Emily (Lily Collins) sleeping with Gabriel (Lucas Bravo). She's a feisty woman! "Each of us got a little bit more of a storyline [so] that you can understand more of the characters individually," Camille shared. Despite her character's change, the actor still believes fans will be Team Camille. "I think that [viewers] will root for me in the way that I'm more human being. I'm more honest and I'm hurt. People will get empathy for her."

When it comes to season two, Camille is really excited for Emily in Paris fans. "The main goal of the show is getting joy and some lightness to it and some fun and also some drama. I think season two is even more interesting than the first one," she teased. The characters, Emily included, also speak a lot more French. "I think people will love it because I think French is a very beautiful language . . . I'm glad that we speak more French."

"The main goal of the show is getting joy and some lightness to it and some fun and also some drama. I think season two is even more interesting than the first one."

One of the main criticisms of season one was that fans felt not all French people were being represented across the board, whether it was race, culture, sexuality, etc. In response, Camille said: "It's more representative and people will watch the show and say, OK, I can recognize myself in that character. I think that even the audience will grow from that." She added, "There is still work to do, of course. And I agree [with the criticism]."

Lucien's character, Alfie, was a great addition to the cast of season two, and one of Camille's favorites. Alfie is a Londoner just hoping to get through his brief out-on-assignment stay in Paris on business. He loathes everything about the city, from its commercialism of love to the tourist traps to the French language. But, that's very French of him, Camille said. "I love that he doesn't love Paris. I love that he's criticizing everything, because that's very a French thing to do. So, he's getting more French by the day," she joked.

Emily in Paris was also criticized for being cliché and Alfie's character calls it out. "I love it because, in a sense, that's quite what the haters said about the series," Camille shared. "So I love that they put that into the series and I think it's such a clever move from the writers."

Do you know who else is excited for you to see season two of Emily in Paris? Me, of course, but Ashley Park (Mindy) is equally overjoyed in this POPSUGAR feature.