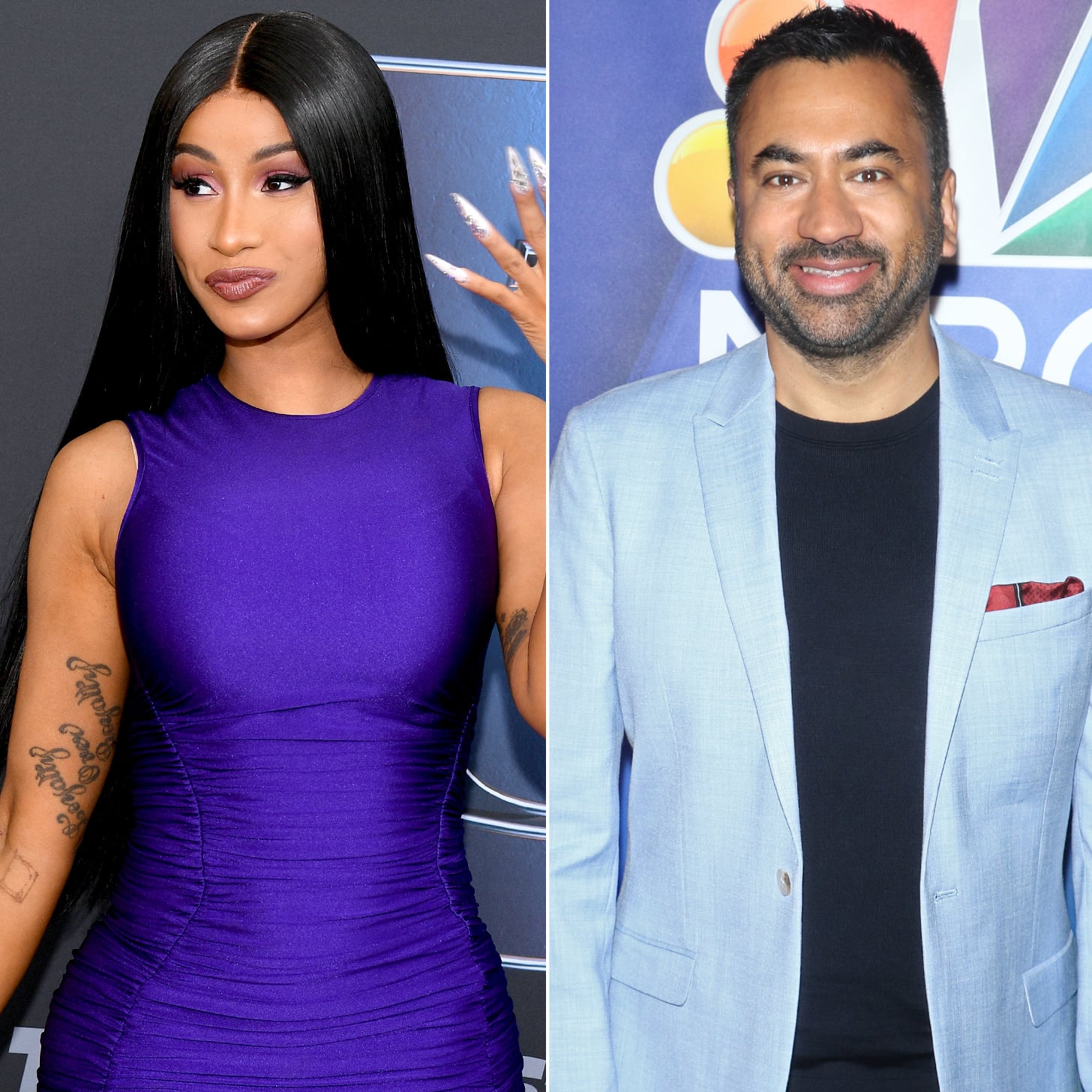 Who said tweets can't make dreams come true? Newly engaged actor Kal Penn tweeted on Nov. 3 that he had a dream that Cardi B officiated his wedding to his longtime partner, Josh, but little did he know that the power of Twitter would actually turn his dream into a reality. "Cardi B was on my flight to LA," he wrote online. "I fell asleep and had a dream that she officiated our wedding on the plane and the three of us walked out of LAX holding hands." Well, Cardi obviously saw his tweet, because she promptly asked why he didn't bother to greet her in the dream before giving him an offer he couldn't refuse.

"First, why didn't you say hi!" she wrote in response to his tweet. "Second, I'm licensed to do that sooo……..let me know." Kal, of course, responded like any fan of the "WAP" rapper would, saying, "... holy sh*t let's do it! We're down if you're down!" Now, we're definitely going to need a status update on when exactly this wedding will be taking place, because who wouldn't love to see Cardi B officiate another unforgettable wedding? Sign us up!

You’re the best. Was gonna say hi but didn’t want to be disrespectful (your do not disturb light was on). But holy shit let’s do it! We’re down if you’re down!

Celebrity News
Porsha Williams and Simon Guobadia Are Officially Married: "The Best Is Yet to Come"
by Sabienna Bowman 5 days ago