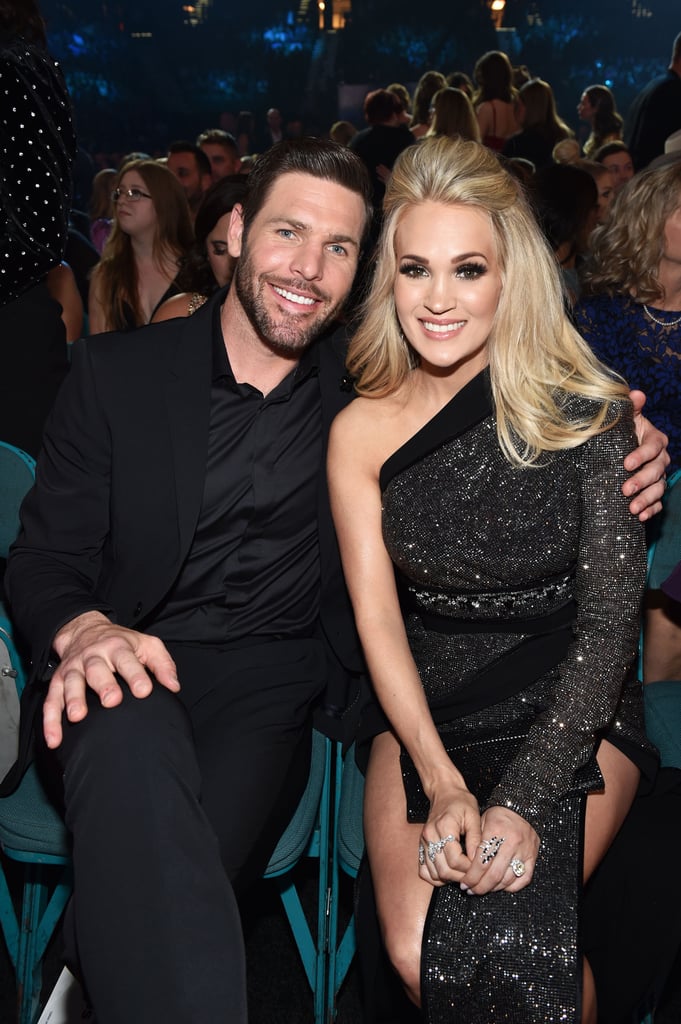 Carrie Underwood's 11th Anniversary Message For Mike Fisher Is Too Sweet: "He Is My Match"

Carrie Underwood and Mike Fisher celebrated their 11th anniversary with a romantic date night. Carrie shared a photo of their "rare night out" on Instagram on Wednesday, one day after the official anniversary of the first time they met back on Oct. 8, 2008.

"11 years ago yesterday, I met the love of my life . . . patient, kind, the best dad, handsome, of course!" Carrie captioned the photo. "Someone who accepts me and all my flaws . . . the same as me in many ways . . . opposite in some. But he is my match. The iron to sharpen me . . . tonight we celebrated at @delposto. A rare night out with amazing food and even more amazing company and conversation. Here's to so many more years together. Love you, babe!"

Carrie first met the retired NHL player backstage at a meet-and-greet after one of her concerts. They dated long distance before sharing their first kiss on New Year's Eve in 2008. A year later, Mike popped the question, and the pair were married at the Ritz-Carlton resort in Georgia in July 2010. Carrie and Mike are now the proud parents of 4-year-old Isaiah Michael and their 8-month-old baby Jacob Bryan. Keep scrolling to see Carrie's sweet anniversary post and more photos of the sweet couple together over the years ahead.