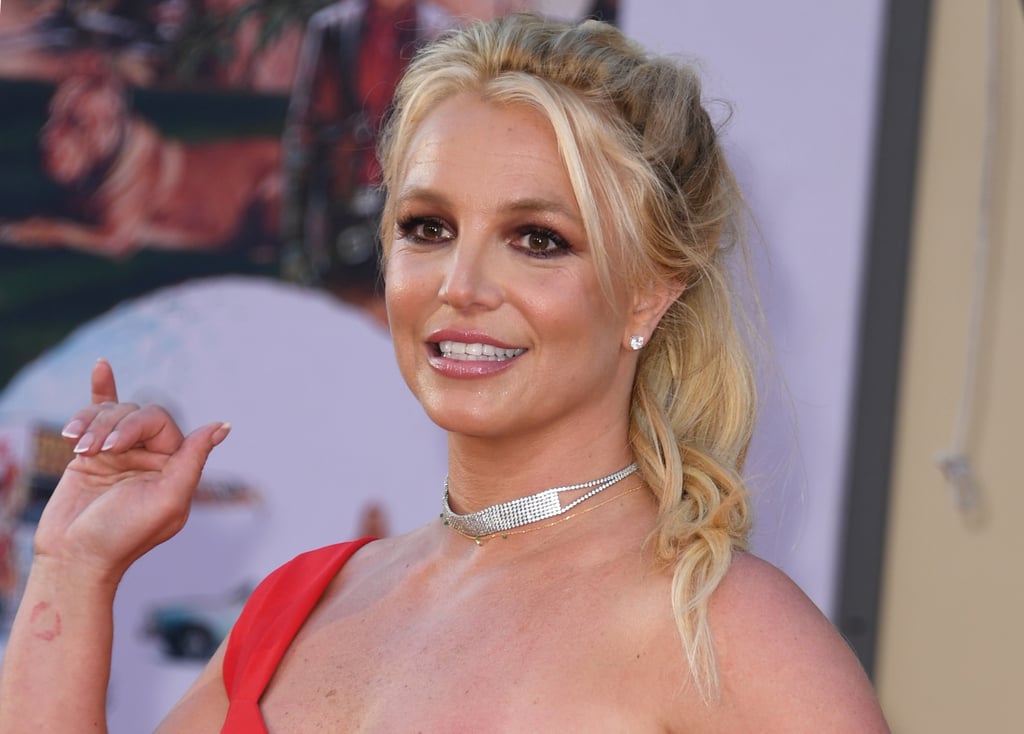 Celebrities are showing their love and support for Britney Spears following the release of Framing Britney Spears. The documentary aired on Feb. 5 as part of the sixth installment of FX and Hulu's The New York Times Presents docuseries, and dives into the the life and career of the 39-year-old pop star, with a focus on Britney's ongoing conservatorship battle with her dad, Jamie Spears. It examines everything from the media's toxic treatment of the singer to the misogynistic narrative that erupted after her split from Justin Timberlake in 2002.

In the wake of the documentary, stars and fans alike have rallied around the singer on social media. Britney's longtime boyfriend, Sam Asghari, broke his silence on the matter by giving an exclusive statement to People and calling Jamie a "total d*ck" on his Instagram Story, and most recently, Drew Barrymore said she had "so much empathy" for Britney during an appearance on The Howard Stern Show. Fans have also praised Craig Ferguson for previously defending the pop star when few else would. Keep reading to see how other celebrities have voiced their support for Britney ahead.

Taylor Swift
Taylor Swift Fires Back at Blur's Damon Albarn: "I Write ALL of My Own Songs"
by Princess Gabbara 12 hours ago