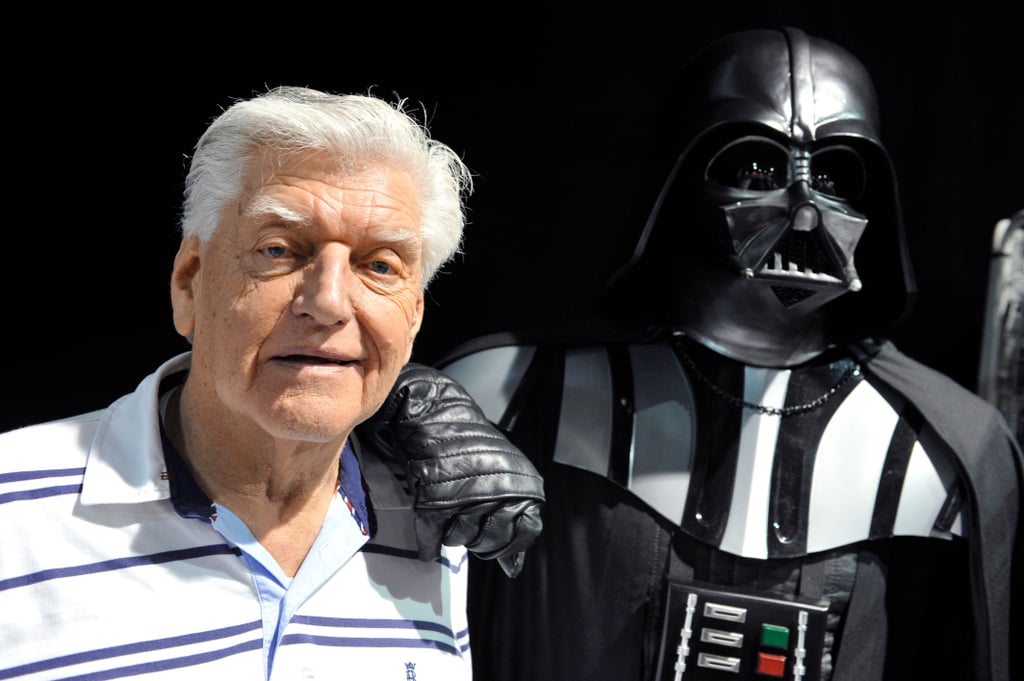 Celebs React to the Death of David Prowse: "[He Was] Much More Than Darth Vader"

David Prowse's costars, friends, and fans are remembering the Darth Vader actor after he died at the age of 85 following a short illness. Bowington Management, who represented the Star Wars star, confirmed the news in a statement on Twitter on Nov. 29. Over the weekend, celebrities and fans alike mourned the loss of a science fiction powerhouse and shared messages remembering his legacy. David, who originally almost played Chewbacca, is best known for portraying the physical form of Darth Vader in Star Wars: Episode IV — A New Hope, Star Wars: Episode V — The Empire Strikes Back, and Star Wars: Episode VI — Return of the Jedi.

"Lucasfilm was saddened to learn of the passing of David Prowse, who provided the commanding presence and imposing physical performance of Darth Vader for the Original Trilogy," the official Star Wars account shared on Nov. 29. "He will be long remembered." Several of David's original trilogy costars, including Mark Hamill, Anthony Daniels, and Billy Dee Williams, as well as Star Wars creator George Lucas, also shared heartfelt memories and tributes to the late actor. Ahead, you can see how celebrities are honoring David's memory.

Amanda Gorman
Celebrities and Politicians React to Texas Elementary-School Shooting: "There Simply Has to Be Change"
by Eden Arielle Gordon 14 hours ago