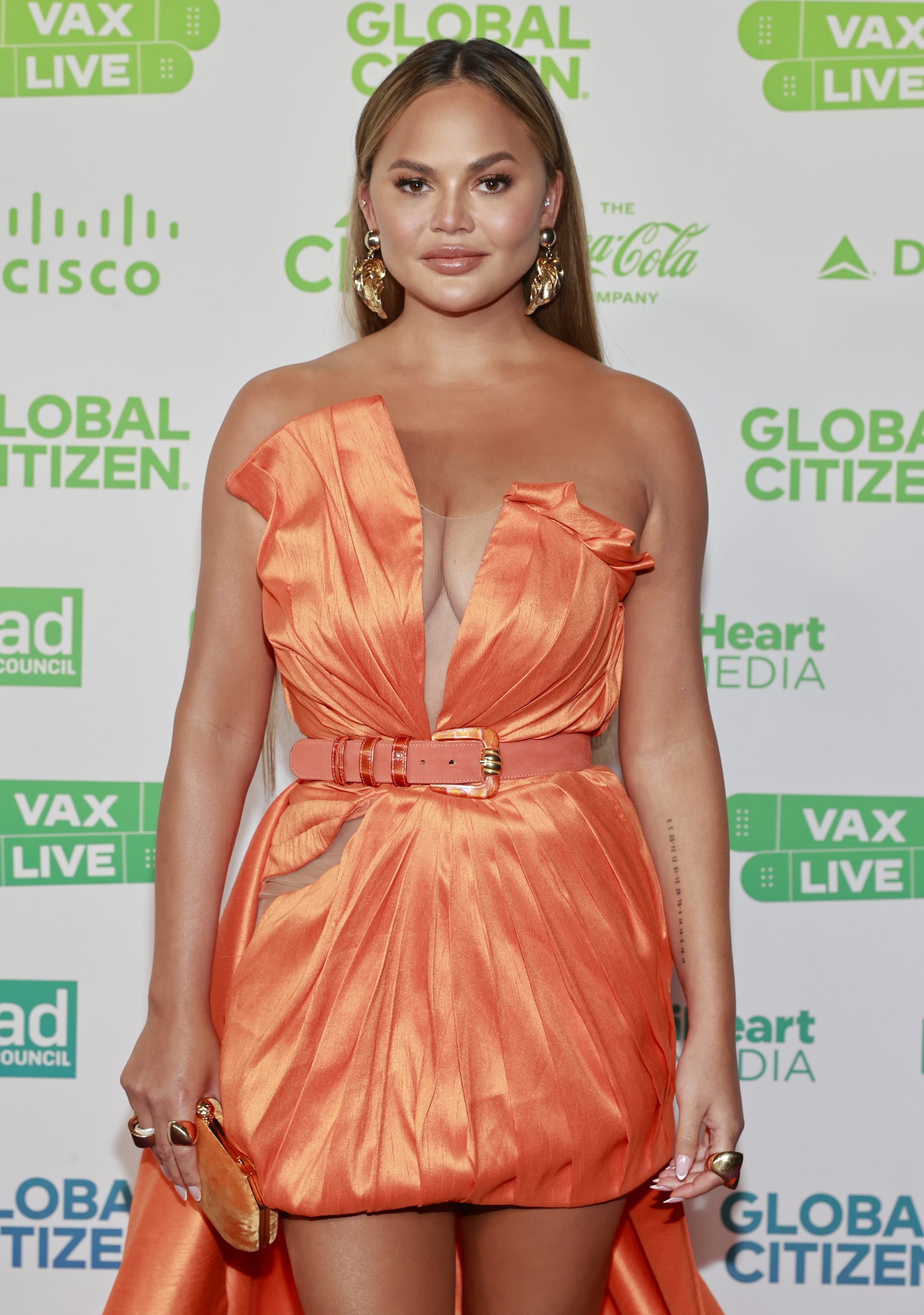 Chrissy Teigen is apologizing for her past bullying and "awful" behavior on social media. Last month, after TV personality Courtney Stodden opened up about being bullied by the cookbook author when they were younger, Chrissy issued an apology on Twitter and subsequently took a break from her accounts. On Monday, in a lengthy statement published to Medium and shared on her Instagram, she admitted to "being a troll" and expressed deep regret for her actions. "I want you to know I've been sitting in a hole of deserved global punishment, the ultimate 'sit here and think about what you've done'," she wrote. "Not a day, not a single moment has passed where I haven't felt the crushing weight of regret for the things I've said in the past."

"There is simply no excuse for my past horrible tweets."

Chrissy went on to share she's in the process of privately apologizing to others she insulted on social media, aside from Courtney. "There is simply no excuse for my past horrible tweets," she wrote. "My targets didn't deserve them. No one does. Many of them needed empathy, kindness, understanding and support, not my meanness masquerading as a kind of casual, edgy humor." Shortly after Chrissy shared her apology, fashion designer Michael Costello alleged that he was bullied by Chrissy and that she tried to ruin his career.

While she initially "had so much fun" when she first started using social media, snarking at celebrities, leading to her rise in Twitter fame, she admitted that in reality, she was immature and insecure, and thought she needed to "impress strangers to be accepted." She wrote: "If there was a pop culture pile-on, I took to Twitter to try to gain attention and show off what I at the time believed was a crude, clever, harmless quip. I thought it made me cool and relatable if I poked fun at celebrities."

The cookbook author said she's no longer the person who wrote "those horrible things," and that she's grown up, gotten married, had kids, and gotten a lot of therapy along the way. Chrissy ended her apology by asking fans not for forgiveness, but for the opportunity to own her past mistakes and "seek self improvement and change," writing, "We are all more than our worst moments." Read her full statement below.