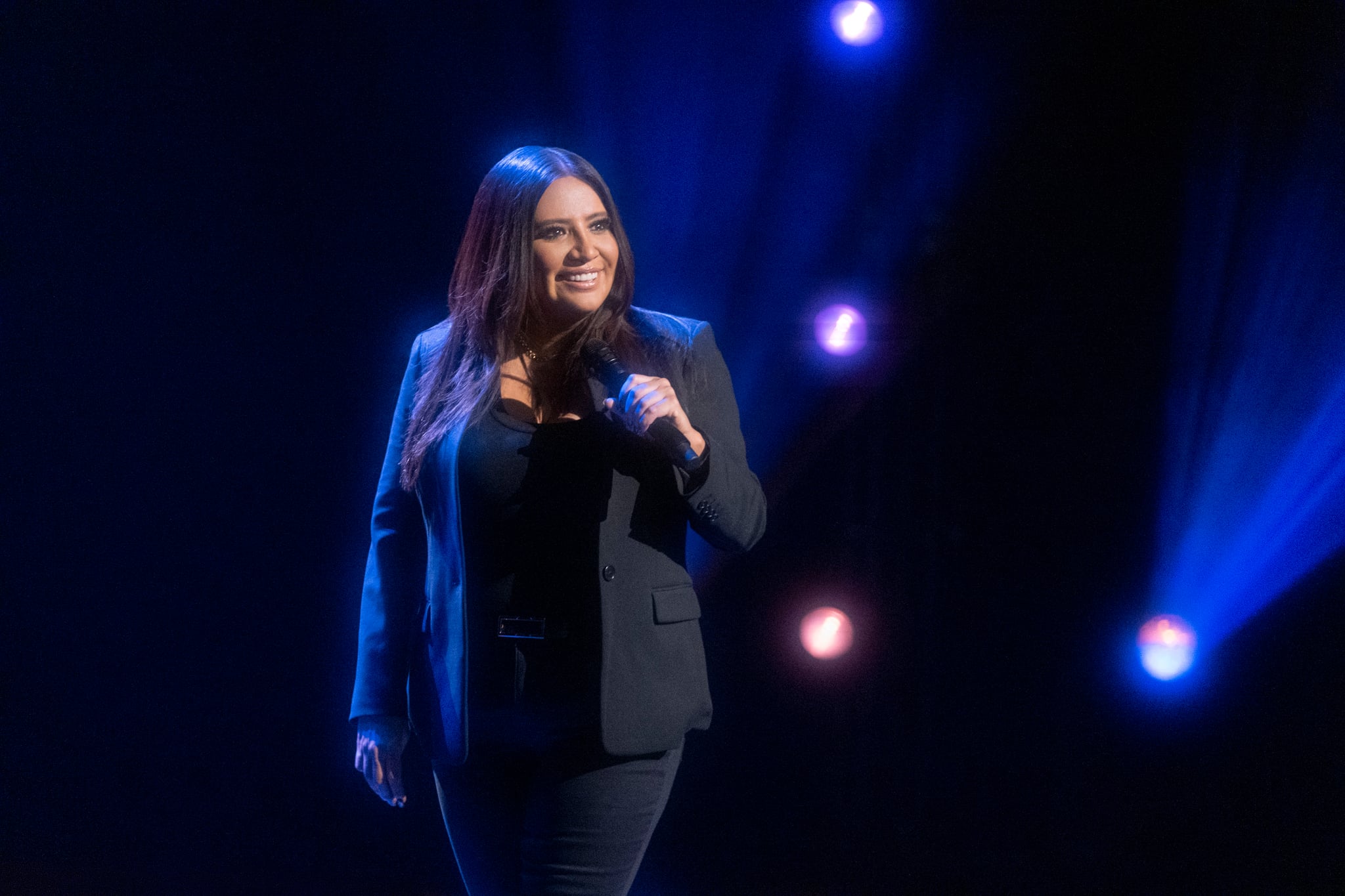 Cristela Alonzo knows how to celebrate her wins. That may seem counterintuitive if you know her primarily from her 2014 sitcom, "Cristela," which ABC ran for one network season (22 episodes total). It wasn't the first (or last) Latinx show to be canceled too soon, but it did mark the first time a Latina created, wrote, starred on, and produced a primetime comedy on network television. "Look, we need more representation, but we also have to celebrate what we get," Alonzo tells POPSUGAR. "I never thought I would ever get a show. I never tried to get a TV show." But she did — and a barrier-breaking one at that. "People weren't ready to trust me with my truth and my story because I was the first one," she recalls. "This show allowed other shows to get a chance to be made that have Latina leads."

"Look, we need more representation, but we also have to celebrate what we get. I never thought I would ever get a show. I never tried to get a TV show."

In the years since, Alonzo's profile has only grown with two Netflix specials, "Lower Classy" in 2016 and "Middle Classy" this year, and countless other roles and performances. From her time on the road, she recounts how people, women, and specifically Latinas would show up to her stand-up shows and tell her that, because of her show, they either went back to school or decided to go after their career dreams. She attributes that impact to the fictionalized version of herself — the character Cristela sets her own definition of success. There's a poignant and funny moment in "Cristela" (of many moments that can be described that way) where our titular character has a heart-to-heart with her sister, Daniela. Daniela's been nudging Cristela to go after the "good life," aka the husband, the house, and the kids. Daniela has all those things, and they make her happy, and she wants that for her sister, who seems to be struggling, living in Daniela's house as she finishes her long-deferred dream of finishing law school. (Hulu's description for "Cristela" begins with "In her sixth year of law school . . . ").

But Cristela finds a way to reject that ideal without rejecting her sister. She's not particularly interested in a husband, even though she wants love. She adores her nieces and nephews but doesn't have to have kids of her own. She doesn't need the suburban house. She needs a career that challenges her, a life that her mother never had the opportunity to strive for and that her sister isn't particularly interested in.

You see, Cristela is a unique heroine, and by centering her, the show that bears her name gives its audience permission to be true to their authentic selves, too. "The impact was that you could actually see a different kind of personality and a different person, which is what we need in the Latino spectrum, on TV and [in] film," Alonzo says. "We need to show people that we can do everything."

Not that getting there was easy. In her journey of making the show, Alonzo had to learn to trust herself. "When you want to create something, the industry likes to tell you, likes to suggest that maybe you're not capable of doing it yourself. . . . But there was a moment when I realized the show is named after me. And my stories are important," she says.

"I had to educate people on so many cultural aspects of my life while pitching stories to them. And if they didn't understand it, they wouldn't want to do the episode on that story."

Being the first Latina came with its fair share of challenges: "I had to educate people on so many cultural aspects of my life while pitching stories to them. And if they didn't understand it, they wouldn't want to do the episode on that story," she remembers. "So what I learned was that it's not my job to educate. My job is just to tell you the stories that I want to tell. And if you don't get it, then maybe we shouldn't be working together." 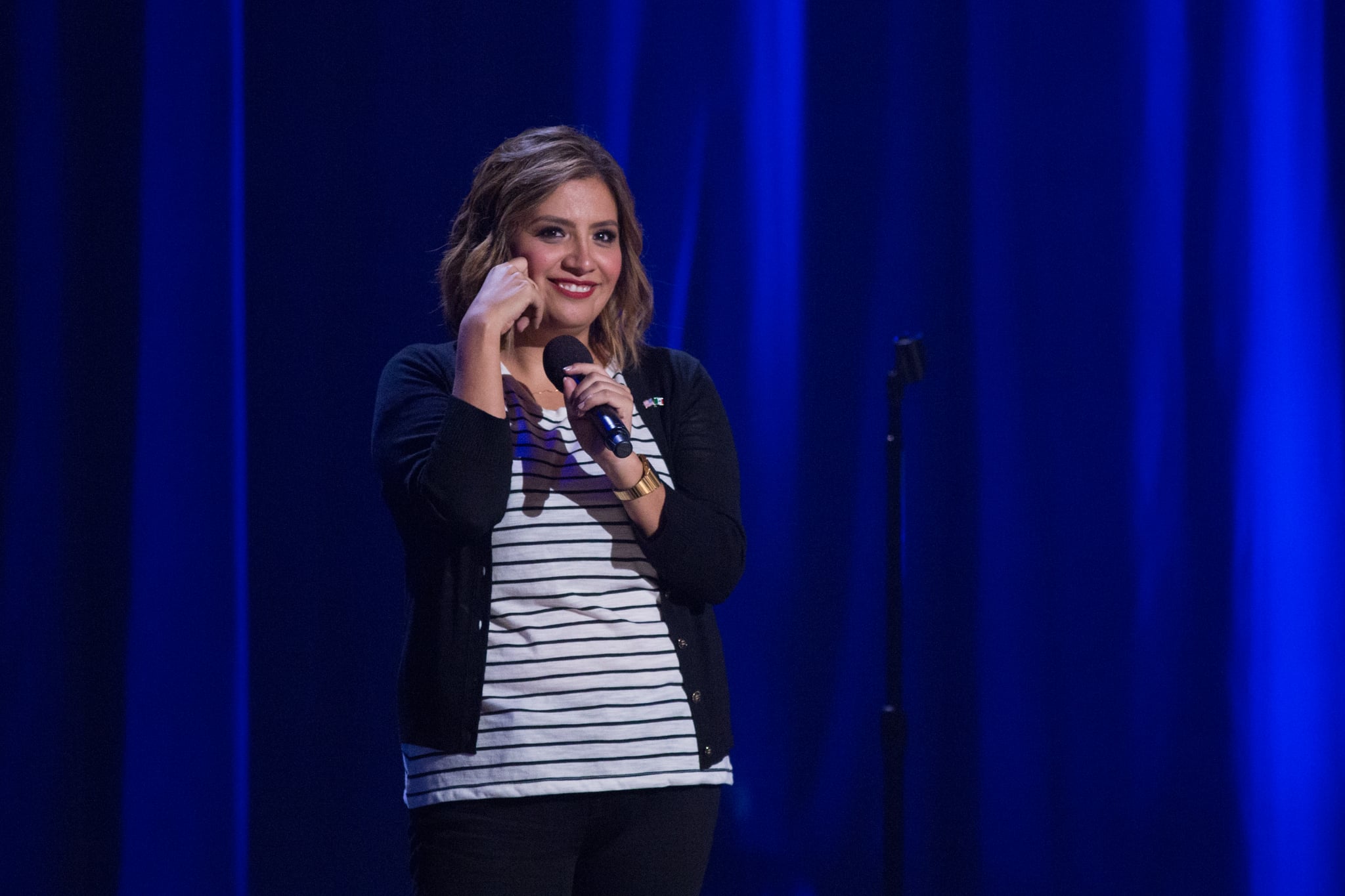 The burden of being a cultural ambassador proved too much for "Cristela." But while Alonzo has learned to reject that particular trap, she is only more clear that her stories matter, a fact that shines through in her Netflix specials. "Right after the show was canceled, leading up to the first special, 'Lower Classy,' I had this epiphany where I realized that there were people that actually wanted to know what I have to say," she says. "I realized if people are paying attention to me, I need to say something."

Alonzo filled "Lower Classy" with insights on what her upbringing was like when her family squatted in an abandoned diner. "We were pretty homeless," she recalls. "We were raised on food stamps. [And] my mom was undocumented." In it, she finds humor in the hard knocks, however heart-wrenching, life has thrown her, including the death of her mother. She does her best to chart a path forward. The special also occurred within the context of the 2016 presidential election, which was devastating for so many reasons, including her "friends and loved ones being completely frightened." It was at that time that she realized she needed a break.

"I didn't feel funny. I didn't want to do anything. . . . I needed to go meet people, and I needed to live to have things to talk about," she shares. Alonzo's self-care turned out to be activism. She'd met famed labor-rights activist Dolores Huerta after a stand-up performance she'd done in Bakersfield, CA.

"She didn't tell me she was coming or anything," Alonzo says. "I was doing a meet and greet after, and I remember seeing her walk by, and I told my friend, 'Wait a minute. Hold up. I think that's Dolores Huerta.' I called her name, and she turned around." Since then, the two have spent "so much time on the road" together, "trying to get people registered to vote, trying to get people to [know] more about insurance" and accessing government programs. It was just what the comedian needed to recharge and reconnect after the loss of her mom and the brutal results of the election. Today, she says that "if it is within you to serve, you find a way to serve," and that maxim clearly applies to her.

"Growing up, no one told me that I mattered," Alonzo says with passion, making clear that her motivations are personal and specific. "Growing up in a border town, nobody would come and try to get me to vote. Nobody came to our community and taught us about government programs, about anything basic. People like that still exist. And I want to go and try to make a difference." In her most recent Netflix special, "Middle Classy," Alonzo dives into those issues, sharing her diabetes, depression, and anxiety diagnoses.

It's also been important for her to use her platform to educate folks about the ignorant misconceptions they might have about certain communities — Latinx communities in particular. "My political side is connected to my stand-up in that it really allows me to debunk a lot of things that people get wrong," she says. And first on her list is the idea that people like her and her family live in misery. "Despite all the challenges that we had, we laughed all the time," she recalls. "Because the joy was there. We loved each other."

Healing with humor is a coping mechanism Alonzo's family utilize and one many Latinxs can relate to. "My mom passed away in 2003, [and at] her funeral, I had everybody laughing. . . . This really traumatic, awful event happened, but we're laughing because we're just remembering, and that's how we cope."

Laughter as a coping skill may be the ethos behind her comedy, where she loves to "trick people into learning things that they didn't know about." And she does it by smiling. "I actually smile intentionally in my stand-up. And I do it because I want people to know that it's okay to laugh at things that I'm saying. . . . After the set, after they go home, they might realize certain things that they had never thought about before. And they were tricked into learning it because I made them laugh. I love that."