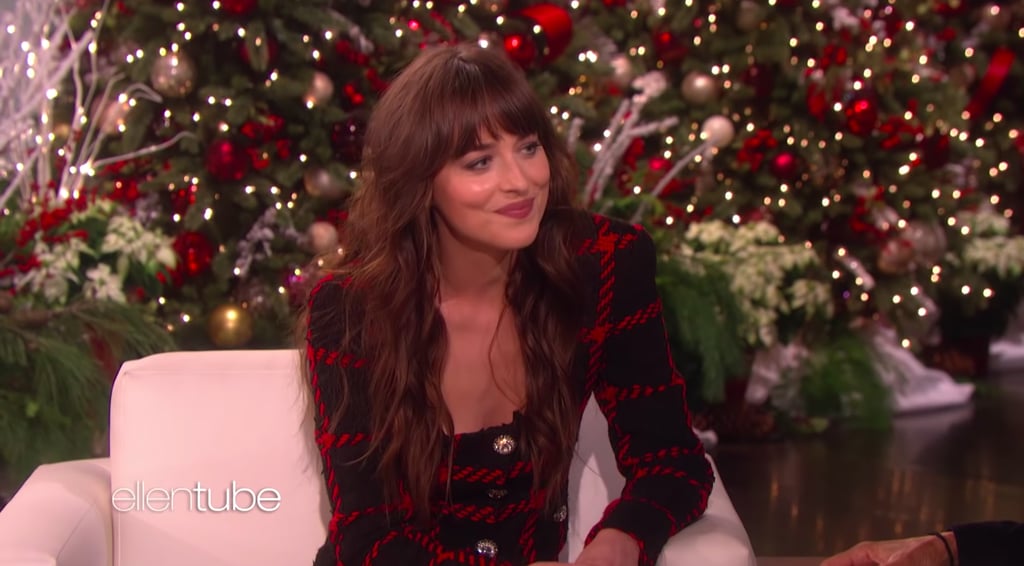 "Actually no, that's not the truth, Ellen." With just a few short words, Dakota Johnson won over the internet, and perhaps scared the sh*t out of every talk show host. The actress recently appeared on The Ellen DeGeneres Show for what should have been a pleasant interview promoting her film The Peanut Butter Falcon. A series of awkward exchanges later, and that did not end up being the case.

"Actually no, that's not the truth, Ellen."

Here's the play-by-play: Ellen asked Dakota why she wasn't invited to her recent 30th birthday party. Dakota then corrected Ellen and said she was indeed invited. (In fact, Dakota made it a point to invite Ellen because the host had made the same joke in their interview a year prior.) Dakota then commented on Ellen's repeated jokes about said birthday: "I didn't even know you liked me." Dakota got Ellen's producer, Jonathan Norman, to side with her, before the host decided that the party's Malibu location was likely too far for her.

It didn't end there, either. While discussing the party in question, Dakota said she was surprised with a standup set by her "favorite comedian," Tig Notaro. "Other than you," Dakota reluctantly added before pretending to get up and leave the talk show set entirely.

At face value, the uncomfortable interview could just be attributed to Ellen's usual shtick, which tends to include ribbing her guests. There is, however, a conspiracy theory circulating the internet: Did Ellen miss Dakota's party on Friday, Oct. 4, because she had plans to attend a football game with George W. Bush days later on Sunday, Oct. 6? If so, was Dakota subtly referring to Ellen's polarizing appearance with the former president? Are we all just reading into this way too much? It's possible. Form your own opinion by watching the interview ahead, and then enjoy a few choice Twitter reactions.