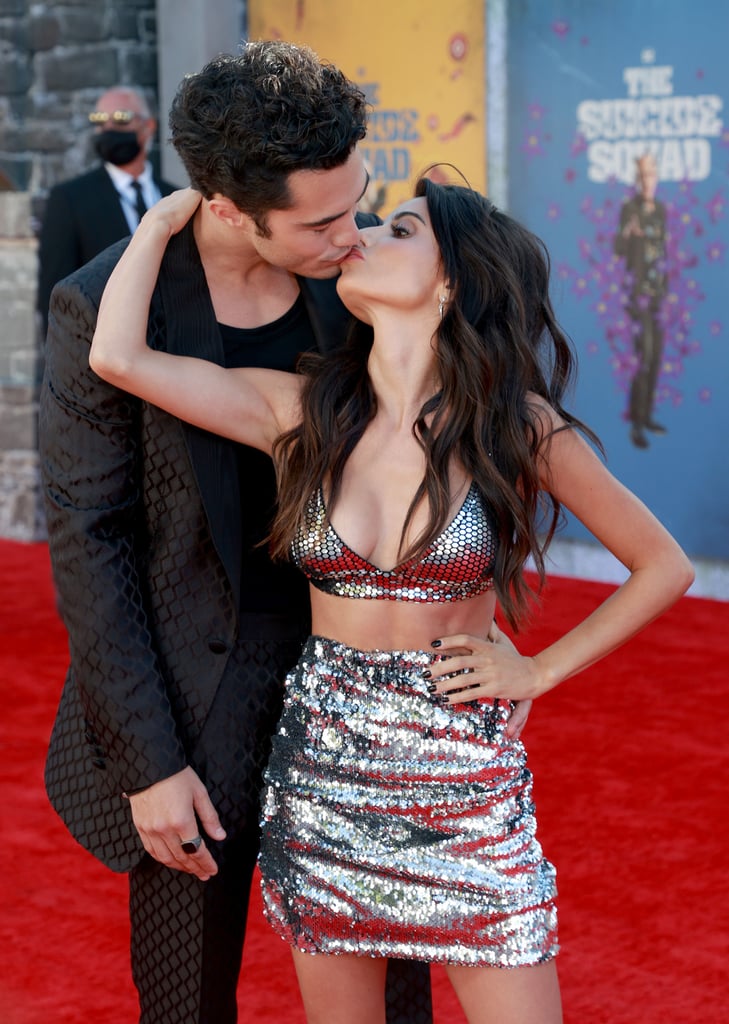 Darren Barnet is going public with girlfriend Mikaela Hoover. On Monday, the 30-year-old Never Have I Ever star and 37-year-old actress made their red carpet debut as a couple at The Suicide Squad premiere in LA. The duo looked all loved up as they posed for the cameras and eventually leaned in for a kiss. While Darren looked sleek in a black suit, Mikaela rocked a two-piece sequin outfit. It's unclear when the pair started dating, but they have slowly been giving us glimpses of their romance as of late. In May, Darren shared a sweet birthday tribute for Mikaela as she celebrated her 37th. They are also set to share the screen together in the upcoming romantic comedy Love Hard, which will premiere later this year. See more pictures of their official red carpet debut ahead.

Related:
If You've Ever Wondered What It's Like to Date Darren Barnet, This Is For You
Previous Next Start Slideshow
Celebrity CouplesRed CarpetCelebrity PDADarren Barnet