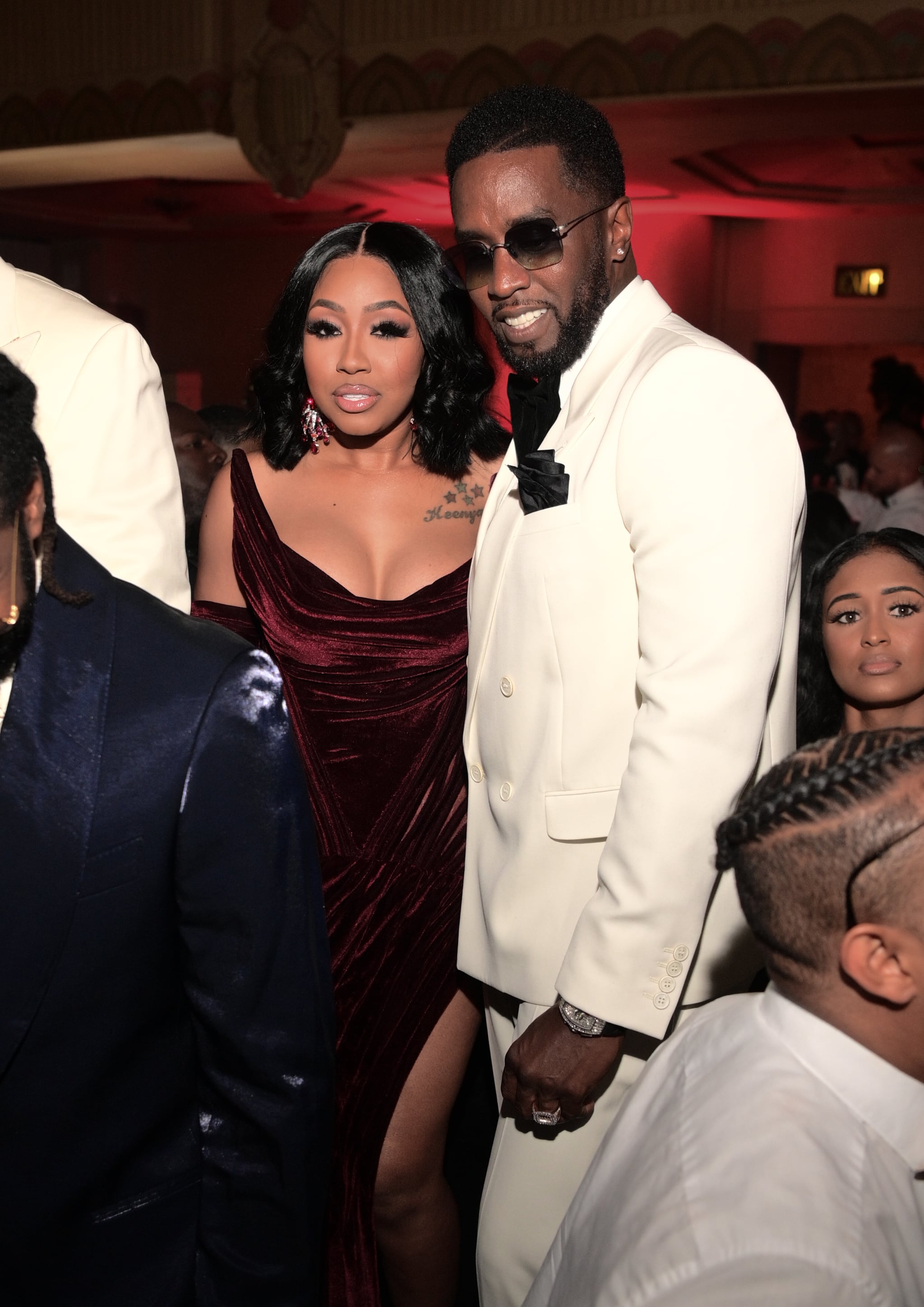 Are they or aren't they? That's the question everyone keeps wondering about Diddy and Yung Miami. The 51-year-old rapper and the 27-year-old City Girls rapper first sparked dating rumors in June when they were spotted holding hands at Pierre "P" Thomas's 40th birthday party. At the time, Diddy shared a cute snap of them on his Instagram, but he has since taken it down after wiping his Instagram account clean for his Love era. The City Girls rapper also shared the image on her Instagram account in a gallery.

Now, they're heating up those romance rumors yet again. In a since-deleted Instagram Story from Wednesday, Yung Miami shared a pretty cuddly video of her sitting with Diddy while sipping a drink. So, what's really going on with the two? The answer is still pretty unclear. The duo have yet to confirm or deny any dating rumors, and other than the since-deleted posts of them, they haven't given us any other glimpses of their maybe-romance. One thing we know for sure though is that fans are super invested in the state of their relationship. Guess we'll just have to wait until they give us an official confirmation to know for sure!