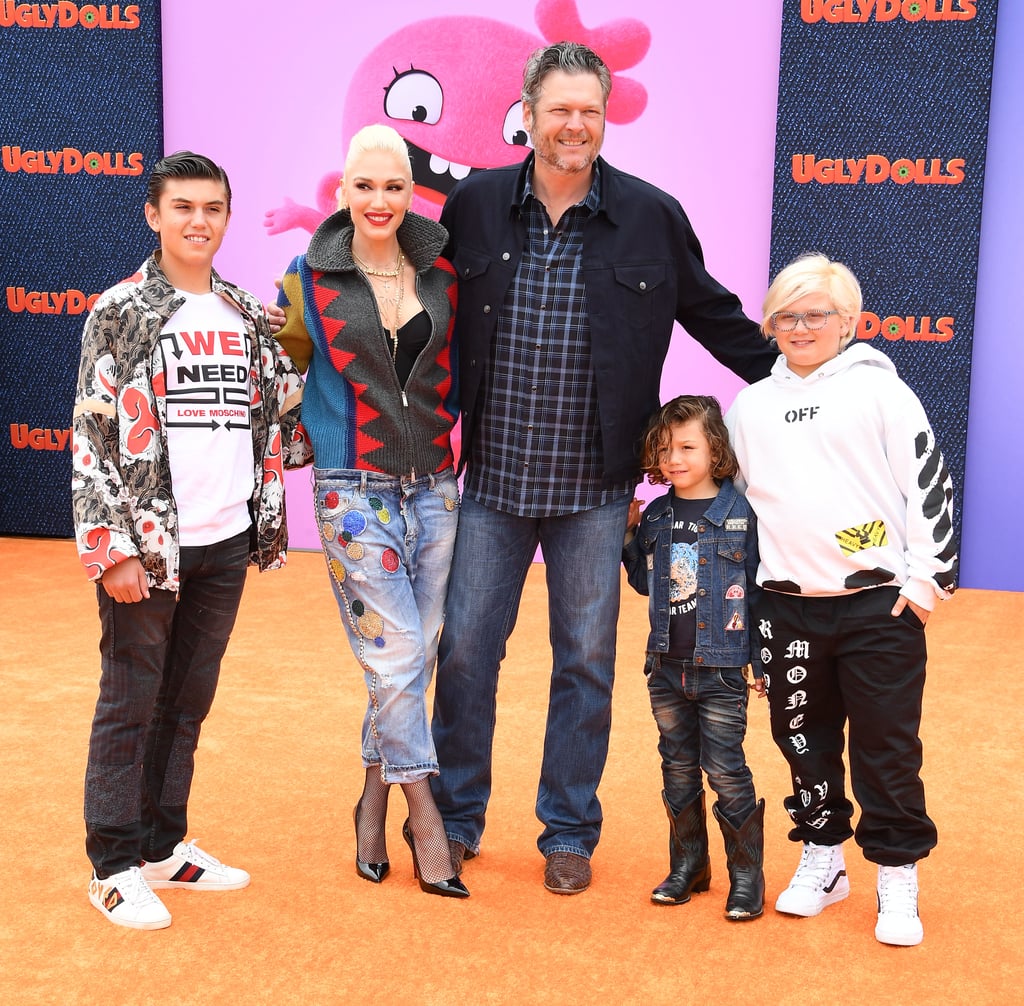 Gwen Stefani and Blake Shelton Are Married! Meet Gwen's 3 Boys Who Helped With the Proposal

Gwen Stefani isn't just a badass rockstar who's a judge on The Voice, she's also a mom to three boys who she shares with ex-husband, Gavin Rossdale. Since beginning to date her Voice costar and now husband Blake Shelton, the singer-songwriter has opened up about what it's like to coparent with her partner. "He is a good dad, actually. He's been helping me out a lot," she said. "I literally get to the point where I'm like, 'You gotta get home, I need some help.' It's hard. I've got three boys."

From photos Gwen shares with her sons, it's obvious that she's is a pretty cool mom (though according to her kids, the coolest thing about her is that she has Ellen DeGeneres's phone number) and that their squad is extremely close, which is why Blake knew he had to include the boys in his proposal to their mom!

Read on to see the best pictures of all three of Gwen's sons and to learn more about each one.

Celebrity Instagrams
LeBron James's Daughter, Zhuri, Nails Her Catwalk in Heels: "It's OVER For Me!!"
by Perri Konecky 5 hours ago