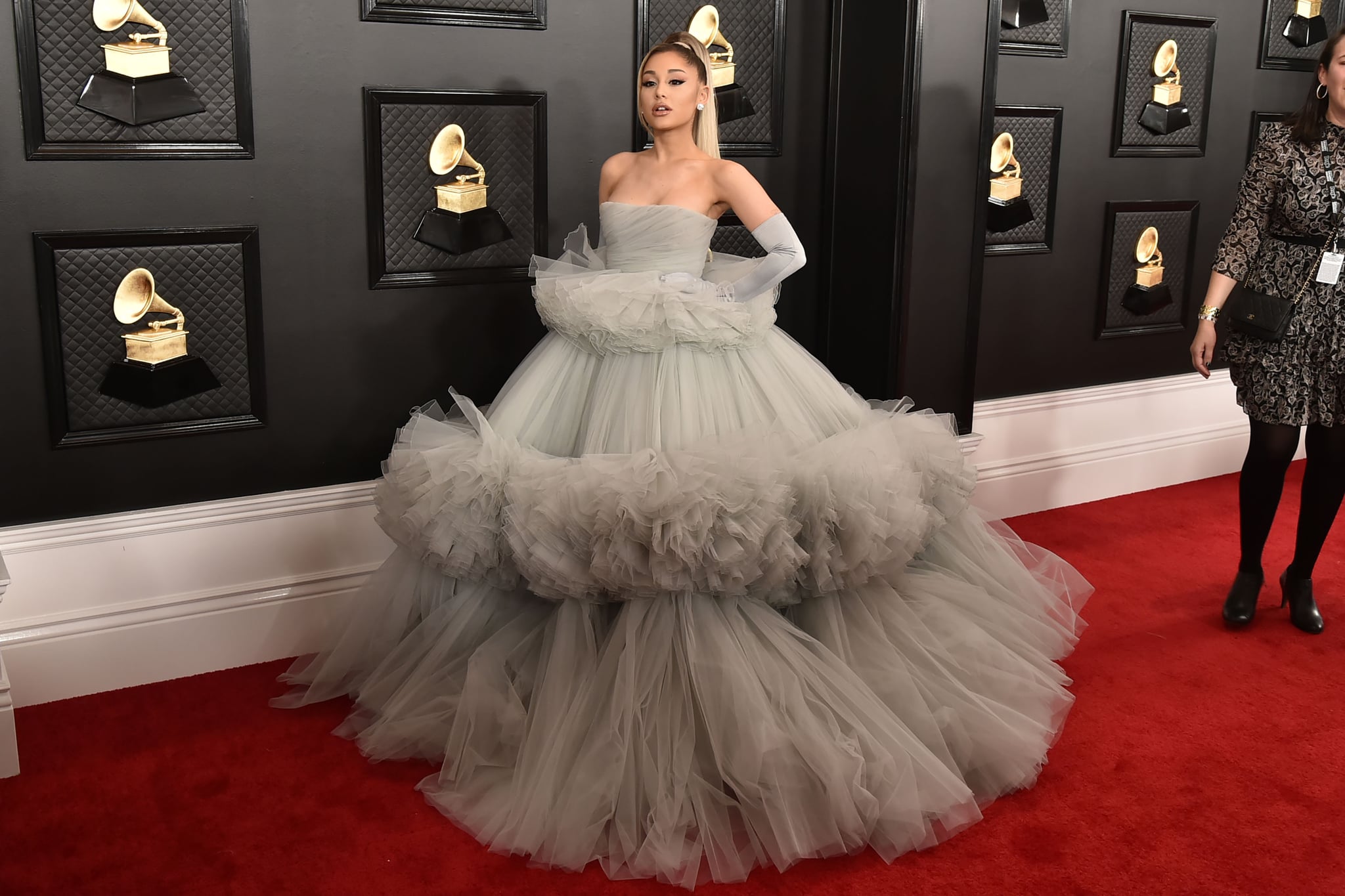 Almost exactly a year after making their relationship public, Ariana Grande and Dalton Gomez have tied the knot! The pop star and her luxury real estate agent beau first revealed their relationship in May 2020, but how they actually met remains something the couple is keeping private.

Back in March 2020, TMZ first reported on the "mystery man" Grande was spotting kissing in a bar the month prior, revealing Gomez's identity and his job as a high-end real estate agent for the luxury market in Los Angeles. People also confirmed the news, adding that Gomez works as the buyer's agent for real estate company Aaron Kirman Group, which specializes in working with wealthy A-listers, and that he and Grande had been dating for about two months at the time. That timeline would then place their first meeting at sometime in January 2020.

Their relationship moved relatively quickly, if that's the case: by March, Gomez was spotted (without showing his face) in Grande's Instagram stories from quarantine. "Ariana ... is very serious about self distancing and has been with the same group of people for days," a source told People at the time. "One of the people she is with right now is Dalton — they have been hanging out for a couple of months. Ariana doesn't want to do another public relationship so she is trying to keep this one quiet, but she seems very happy with Dalton."

It's not clear how Grande and Gomez first met, although given his job, they could easily have crossed paths. TMZ's initial report, for instance, noted that Gomez, prior to making his social media private, had posted pics with other celebs like Miley Cyrus. Their wedding may seem a bit sudden, but it's clear that it was simply private, not impulsive: they've been engaged for about six months, since December 2020. After a handful of super-public relationships (and equally public breakups), it's no wonder that Grande wants to keep the details of her relationship more private, so if she and Gomez choose to share the story of how they met, you can bet it will be on their own terms!

Celebrity Couples
The Cutest Photos of Christopher Briney and His Girlfriend, Isabel Machado
by Alicia Geigel 1 week ago