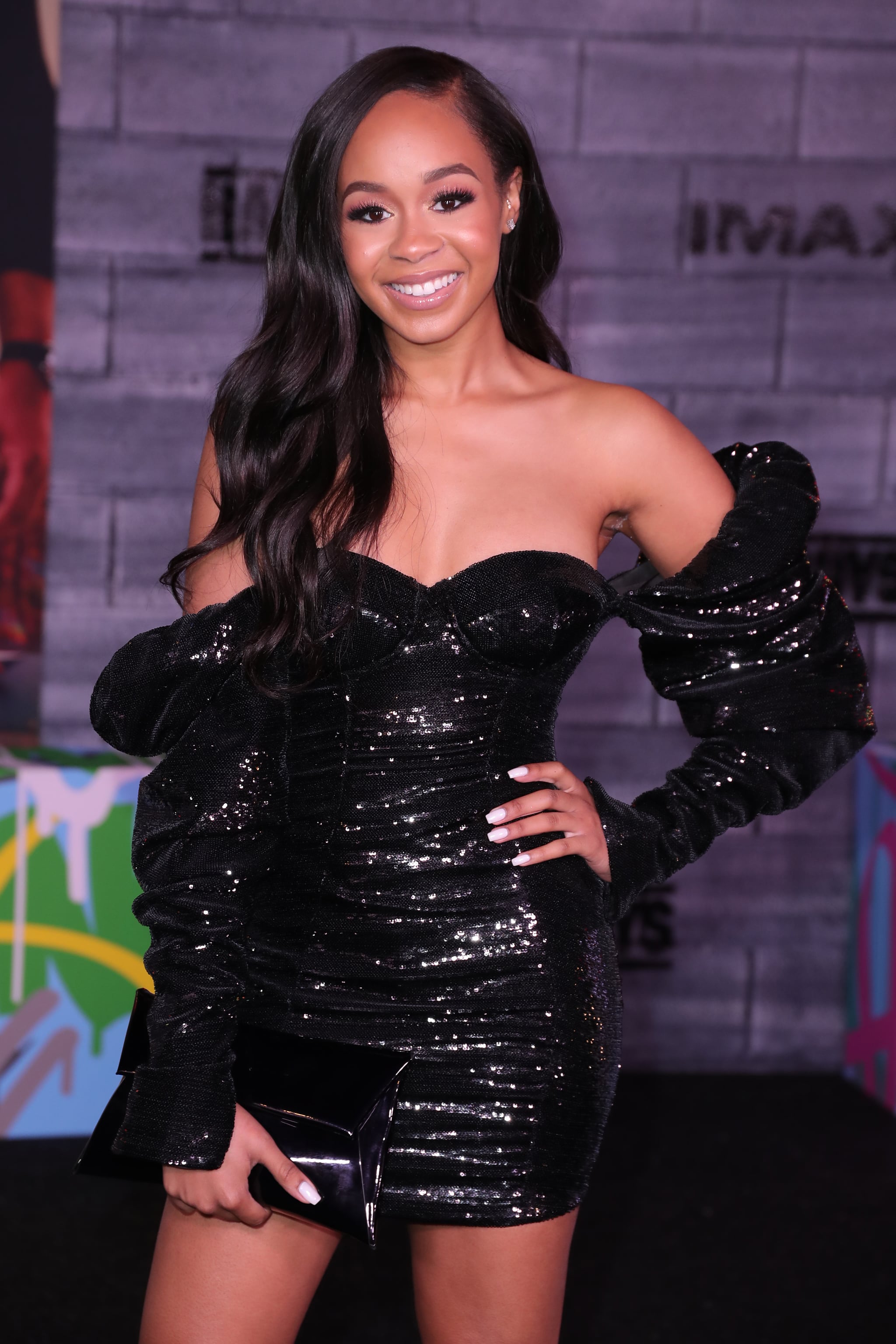 The comedy world is quaking: Eddie Murphy's son Eric and Martin Lawrence's daughter Jasmine are an item. And they aren't just dating, they're head over heels in love with each other. Both Eric and Jasmine — individually — made their relationship Instagram official recently. However, given their IG captions and lovey-dovey pet names for each other, it's likely this couple have been official for a while. Eric, 32, first broke the news in late June, sharing an adorable selfie of the two of them with the caption, "Head over heels in LOVE with YOU." Oddly enough, no one really caught wind of their relationship until Lawrence's 25-year-old daughter shared a happy-birthday post for Eric to her Instagram on July 11.

Not only did Jasmine call Eric "my love," but she also dropped the L-bomb on him! "I'm so incredibly blessed to know you, to love you, and to have you by my side. Cheers to many more blessings, laughs, and beautiful memories! I love you so much!!" she penned. With these adorable posts, it's more than likely that this budding romance isn't news for the Murphy-Lawrence families. So how did Jasmine and Eric meet? We've got a few ideas.

While neither Jasmine nor Eric has revealed (at least yet) when exactly their friendship turned into something more, these two have been in each other's lives since they were children. In 1992, when Eddie and Martin were filming their first movie together, Boomerang, Eric was only a toddler. However, the comedy duo were already building a foundation for a long-lasting friendship between the two families. Fast forward to 1999 on the set of their Oscar-nominated film Life, Jasmine was around 3 or 4 years old. Maybe the two had a few playdates on set?

Even if they did drift apart while growing up, there's a chance they could have reconnected at Martin's wedding to his former wife Shamicka Gibbs in 2010. Jasmine was a flower girl alongside sisters Amara and Iyana, and Eddie was in attendance.

Whether Jasmine and Eric met up on their own terms or through a project their fathers were working on, it's clear this couple really care for each other. Plus, there's probably some comfort and familiarity considering they're both the oldest children of two Hollywood stars. If wedding bells are in store for this couple, we just know Eddie and Martin will give the funniest speeches ever!