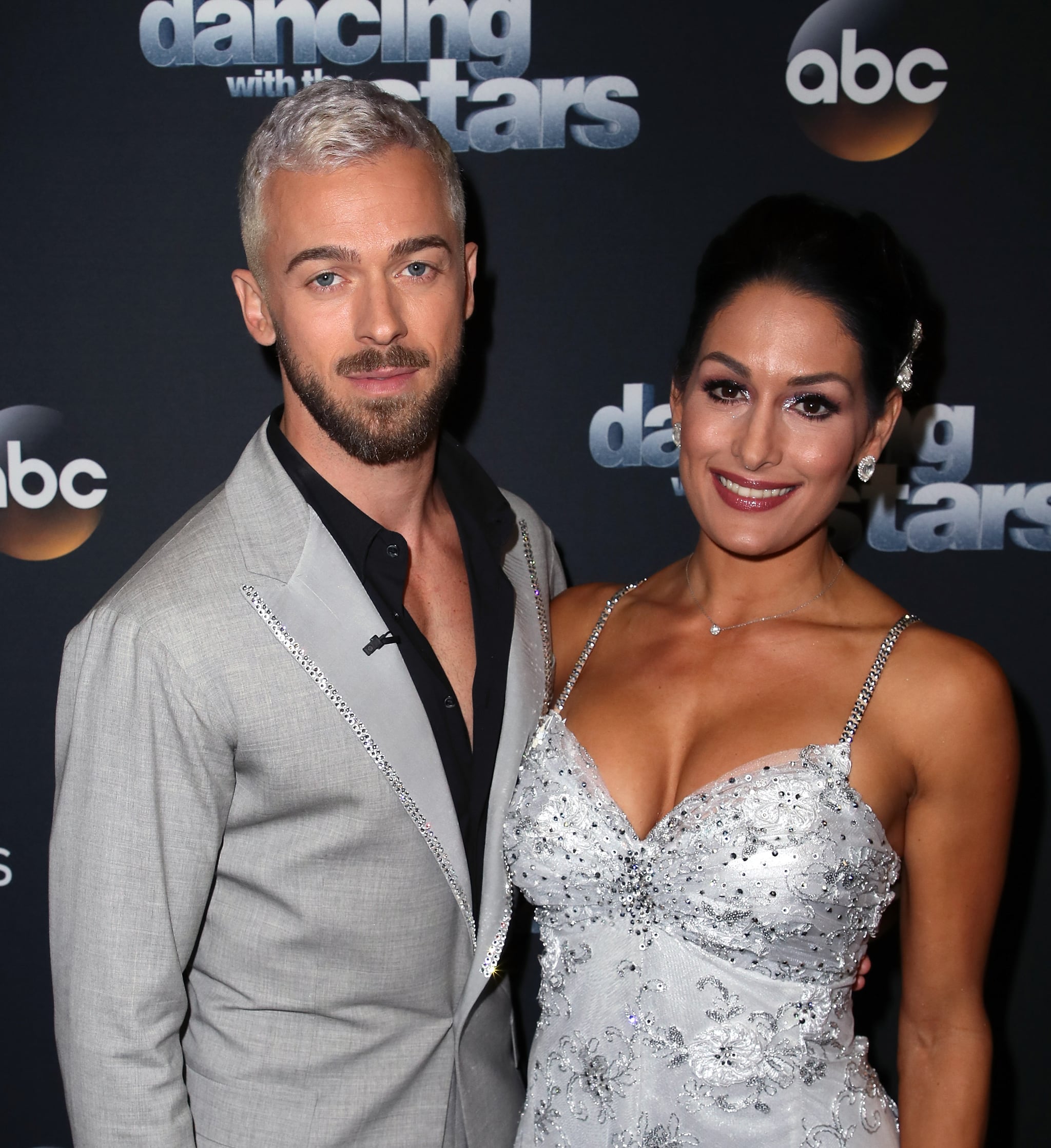 Nikki Bella and Artem Chigvintsev are officially parents! They welcomed their first son on July 31 (incidentally, only a day before her twin sister also had a son!). The new parents have had a whirlwind romance, only having been officially dating for about a year and a half, but they first met years earlier — and they can thank reality TV for introducing them.

Nikki and Artem met back in 2017 when they were paired up on season 25 of Dancing with the Stars. They made it through seven weeks of competition before being eliminated, landing in a tie for seventh place overall. At the time, Nikki was actually still engaged to her ex, fellow wrestler John Cena. Nikki even told E! News that she wanted Artem to teach her and Cena for their first dance at their wedding. "Well, if John's going to be up for it, taking some dance lessons, I'm sure we can figure something out," Artem joked back.

Of course, we all know that wedding never actually happened: Nikki and Cena broke up for good in July 2018, after six years of an on-and-off relationship. In December of that year, Nikki talked to Us Weekly about singledom and seemed to indicate that she was single at the time. "It's hard being a single girl. Over the holidays, I'm really looking forward to wandering into some bars and being a single girl."

By the beginning of 2019, however, the rumor mill had shifted gears, and reports circulated that Nikki had actually been dating Artem for longer than anyone thought. A source told Us Weekly in early January 2019 that the couple had been dating "for a while" at that point. Nikki continued to say that they were friends and nothing more, at least for a couple of months.

That lasted until the airing of a March 2019 episode of Total Bellas that confirmed their relationship. "I have this new level of excitement. I'm just having a lot of fun. And I feel like, the first time ever, I'm focusing on me. It's crazy. I never in my life would've thought that, like, I would've had a lot in common with a Russian," Nikki said in the episode. "I'm ready to really explore new things and people and just really see what certain chemistries are all about." After the episode aired, Nikki shared a cute photo to Instagram, featuring her planting a kiss on his cheek. "Well after that season finale. First thing I'll be talking about this Wednesday..." she captioned the photo. They continued documenting their relationship in public, especially on The Bellas Podcast, which Nikki hosts with her twin sister, Brie.