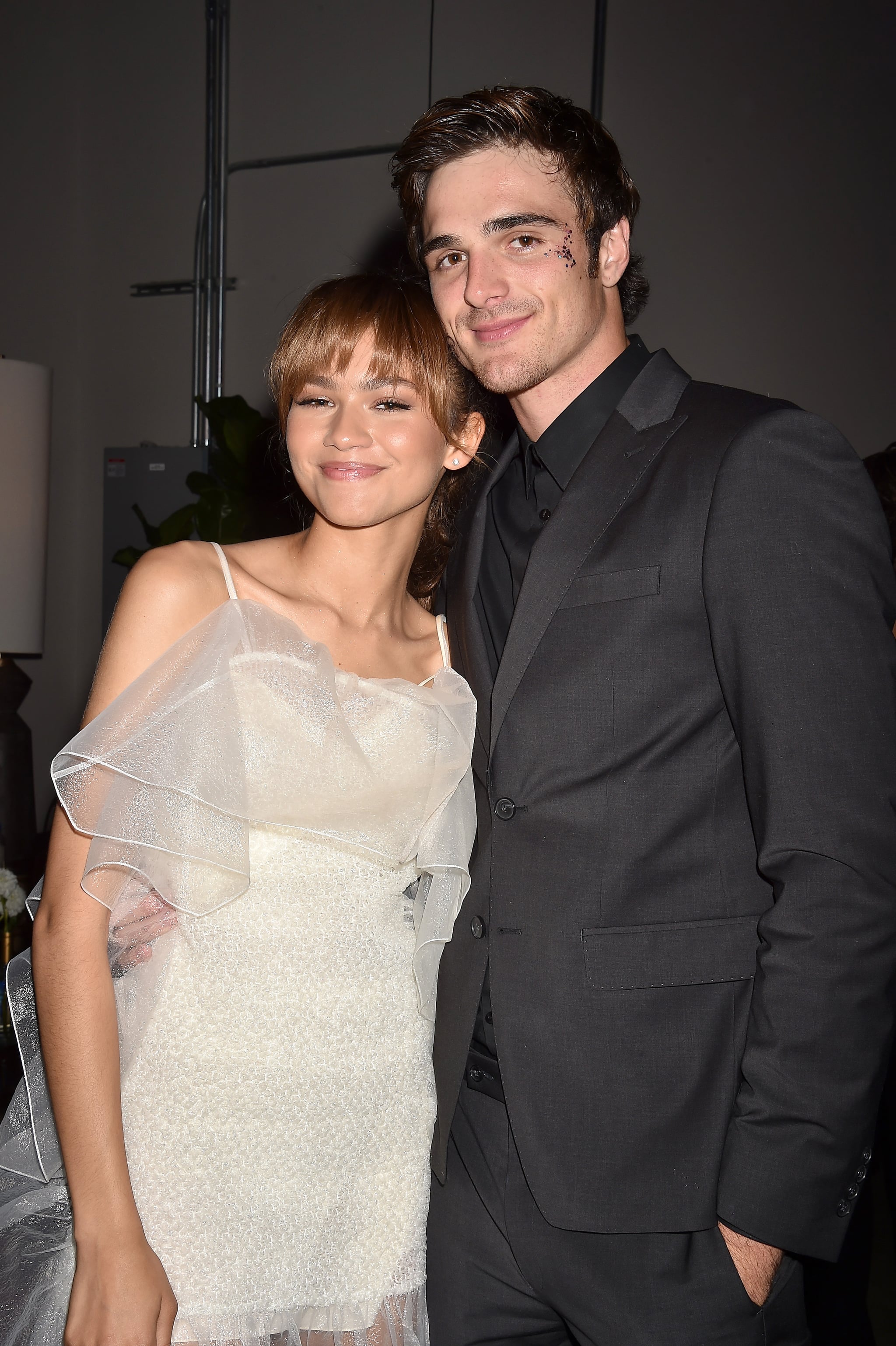 Zendaya and Jacob Elordi are definitely one of our favorite celeb couples, so of course we're wondering how they met in the first place? Their low-key romance actually may have started in a way that's familiar to a lot of not-so-famous people: starting out as colleagues and friends, then developing into something else as time went on.

As you might have guessed, the duo first met when they started filming the HBO teen drama Euphoria. Zendaya plays the lead character, Rue, a troubled teen in recovery from drug addiction, while Jacob plays Nate, a popular jock who's hiding a lot of cruelty and dark secrets beneath his all-American exterior. Filming began sometime in 2018, so their friendship at least dates back to that point. The cast seemed, in general, to get along pretty well off-screen, and we can assume that Zendaya and Jacob had a pretty good friendly relationship at this point in time.

So when did their relationship take a turn for the romantic? The couple has largely been tight-lipped about their relationship, but we think we have at least some idea. Early on, both of them were linked to other people: Jacob was dating Joey King (his costar from the Netflix rom-com The Kissing Booth), while rumors floated around that Zendaya was dating her Spider-Man costar Tom Holland. In a November 2019 profile with GQ Australia, Jacob described Zendaya as "like my sister" and simply noted that "we're [the cast] all really close. There is not one weak link in that show. We've spent so much time together and everyone is just so cool to work with.

It wasn't until February 2020 that confirmation seemed to surface that their relationship had become a romantic one, rather than just a work friendship. They were seen kissing in New York City at one point, and E! News reported on a source that claimed Jacob and Zendaya had been seeing each other for a while. "They started as close friends but it became romantic after their show ended [filming] . . . They have been inseparable since last summer and have been making time for each other in between projects. Jacob has met Zendaya's family and everyone adores him. They have a lot of fun together and have a lot in common," the source claimed.

In the past, Zendaya has admitted that she thought dating someone in the entertainment industry would be easier than trying to date someone outside of it. "There's just certain things in our lives that's hard for people to understand if they don't live it," Zendaya said in an interview with Cardi B in CR Fashion Book. "Like if I have to explain what a call time is or why I have to start glam early. I'm not just sitting around all day. I'm on camera, I'm shooting, I'm working, I can't have my phone." Zendaya and Jacob can definitely understand each other's work schedules, since they work together. We're excited to see what else this up-and-coming couple does in the future!