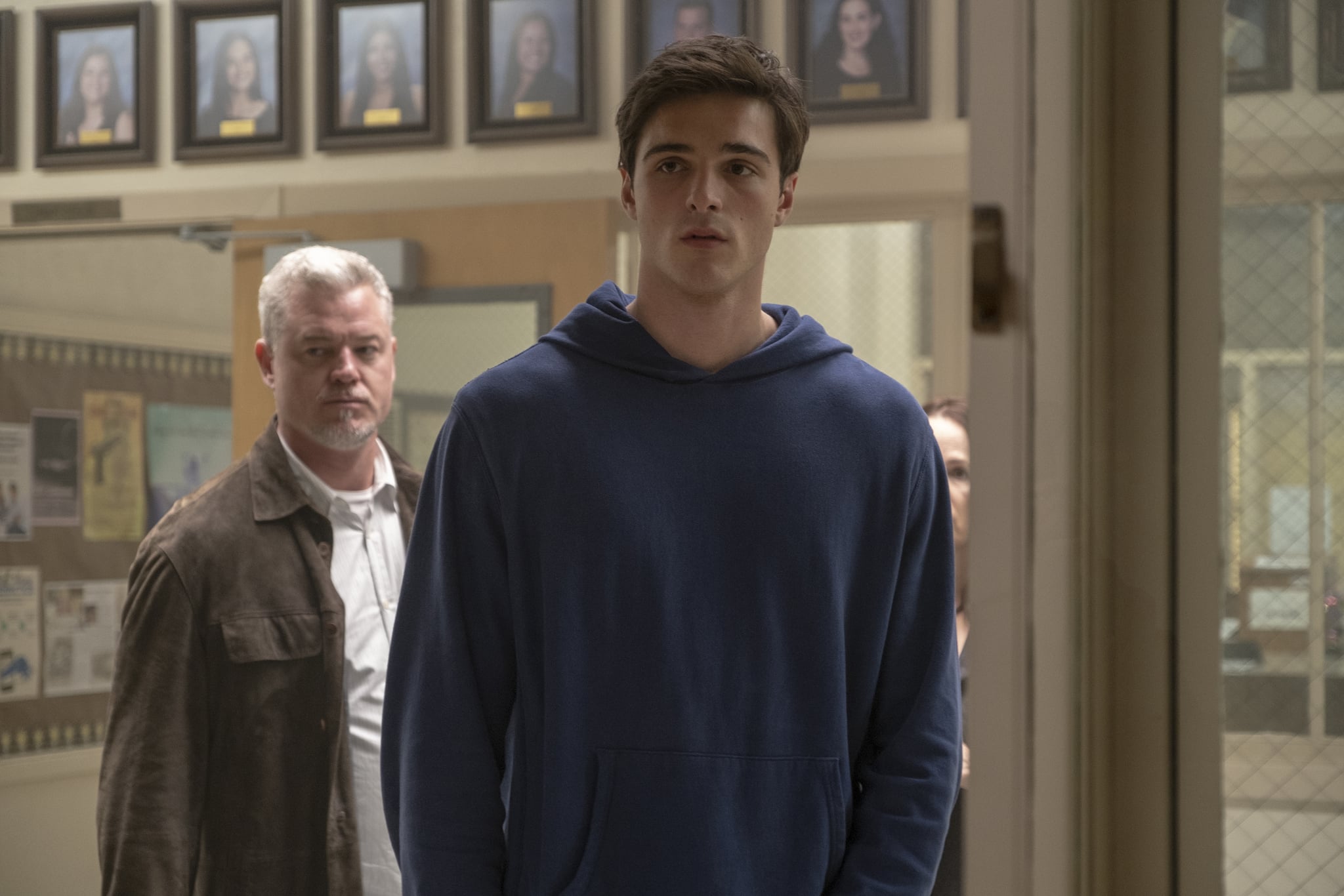 The season finale of HBO's Euphoria has been the talk of the town since airing on Aug 4. Aside from Zendaya's show-stopping final musical number, one scene that viewers can't seem to shake involves the show's villain, Nate Jacobs (Jacob Elordi), who has a very disturbing meltdown halfway through the episode.

For those who may have missed the finale, the scene in question shows Nate getting into a fight with his dad (played by Eric Dane) after he criticizes the way Nate played in a football game. Their exchange very quickly turns physical, and after a few moments, Nate ends up on the floor of his bedroom screaming, crying, and banging his own head against the wood floor in frustration. It's a pretty intense scene to watch — so intense, in fact, that Elordi revealed in a interview with EW that he ended up with a concussion after filming it.

"Eric and I, we're incredibly close, so I basically said to him, 'Let's rock and roll and make it sort of as real as possible,' because I think it's super important and he was on board as well," the 22-year-old said. "So Eric f*cking smashed me. I was bleeding. I got a concussion. I ended up throwing up after work. It was gnarly. It was really, really gnarly."

Well, gnarly is one way to describe it. Elordi went on to mention that the scene was one of the last that he filmed over an eight-month period, and that it felt like a "massive letting go."

"It was incredibly grueling, but it was so worthwhile, and I definitely couldn't have done it without Eric and Sam [Levinson] kind of walking me through it and helping me out," he said. "And it was definitely the most fulfilling thing that I've sort of ever shot."

While the scene didn't make us any less mad at Nate — we obviously still have a bone to pick with him over what he did to Jules (Hunter Schafer) — we're still in awe of Elordi's performance, head injury and all.