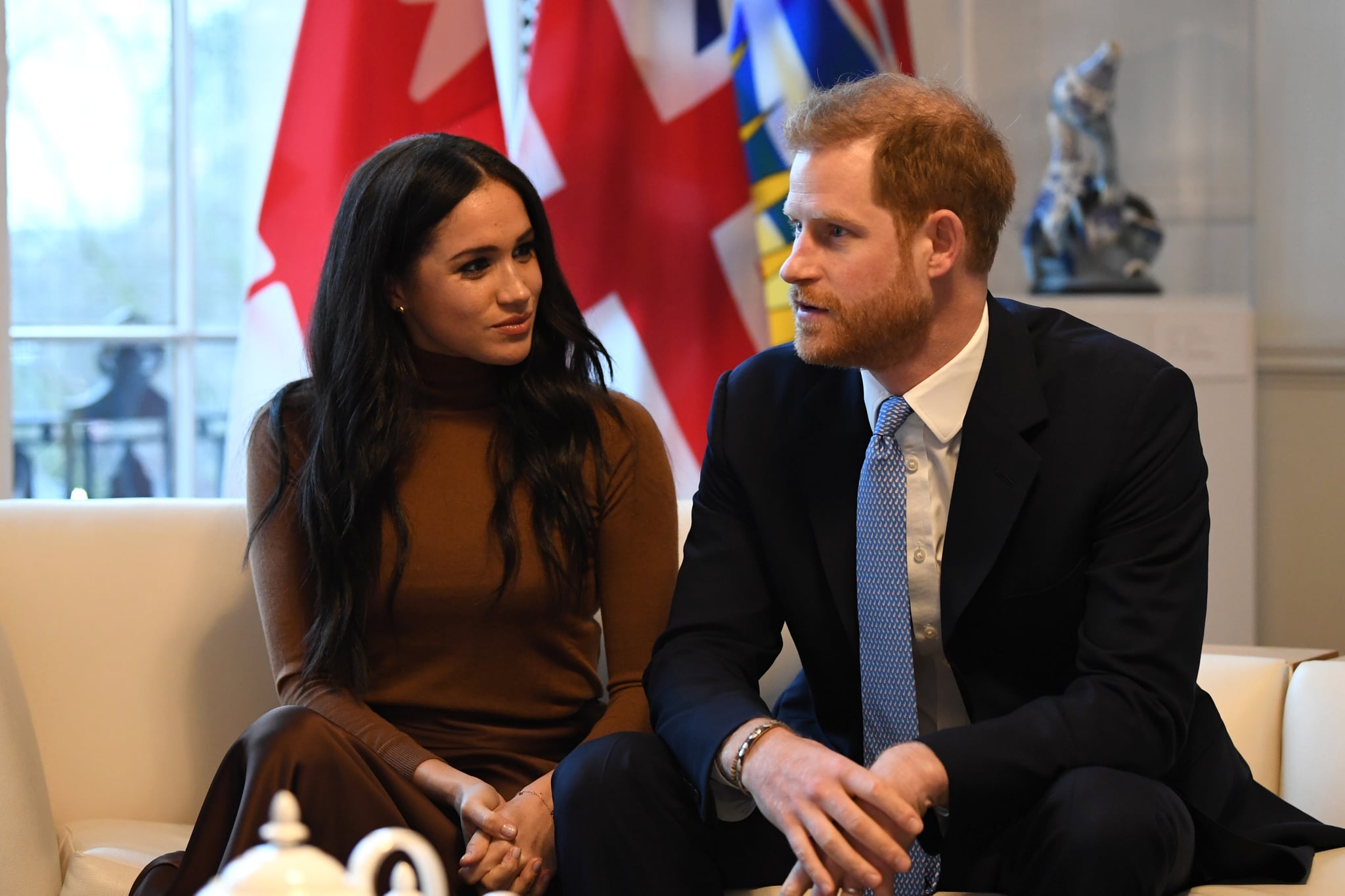 Prince Harry and Meghan Markle announced on Jan. 8 that they would step back as senior members of the royal family, and in their official statement, they claimed that they would "work to become financially independent." Even though they're giving up their share of the Queen's Sovereign Grant, we have a feeling that the duke and duchess of Sussex are going to get by just fine — and in fact, they may even profit from their decision to step down. According to their website's Funding section, the money they were provided by the Sovereign Grant in 2019 only amounted to 5 percent of their total income. The grant, which acts as a wage for royal duties, also placed a restriction on their private financial opportunities.

Up until now, the remaining 95 percent of Harry and Meghan's income came from the Duchy of Cornwall, which is part of Prince Charles's private estate and financially supports both of Charles's sons and their wives. The couple also has some pretty substantial savings, as Prince Harry and his brother William received most of the fortune left by their late mother, Princess Diana, as well as millions of pounds from the Queen Mother, their late great grandmother. And let's not forget that Meghan starred in seven seasons of USA's Suits, where she earned thousands per episode (and residuals from all the episodes in syndication).

Related:
Meghan Markle Doesn't Get a Salary — Here's What She Has Instead

Now that they're relinquishing their titles as senior royals, Harry and Meghan will have the opportunity to earn money in ways they hadn't been able to before. Back in June 2019, they submitted a trademark application for their joint brand, Sussex Royal, which would cover hundreds of items under the categories of clothing, campaigning, charitable fundraising, and more. Translation: their brand will make them big money.

Given their celebrity status and A-list network, the power couple is likely to receive lucrative offers for book deals, talk show appearances, and speaking engagements, among other possibilities, but — save for their income from the Duchy of Cornwall — it seems their burgeoning brand will keep Harry and Meghan's pockets full for years to come.