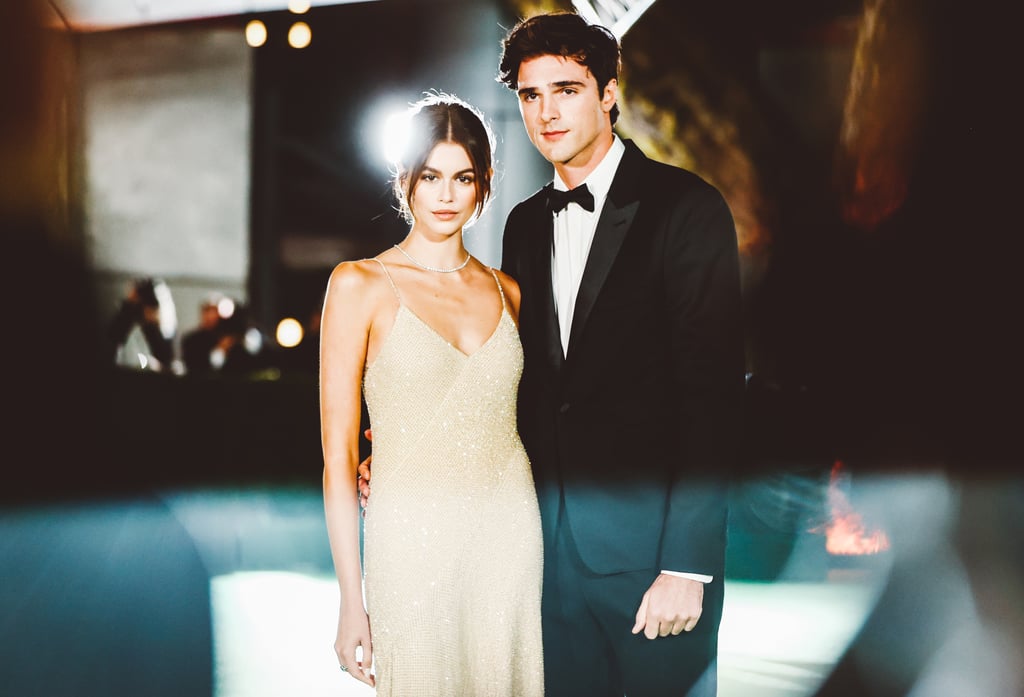 Finally! Jacob Elordi and Kaia Gerber Brought Their Love to the Red Carpet For the First Time

Are a Hollywood couple really official until they've walked the red carpet together? Jacob Elordi and Kaia Gerber finally ticked the relationship milestone off their list when they made a joint appearance at the Academy Museum of Motion Pictures Opening Gala in Los Angeles on Saturday. The 24-year-old actor and 20-year-old model looked glamorous as could be while they made their way down the red (well, technically green) carpet — Kaia in a shimmery, champagne-colored Celine dress and Jacob in a dapper tuxedo also courtesy of Celine. The event offered attendees a sneak peek at the museum, which celebrates the history of cinema, and the guest list included other stars like Issa Rae, Gabrielle Union, Lady Gaga, and Olivia Rodrigo.

To refresh your memory on Kaia and Jacob's "are they or aren't they?" relationship, the two have been linked since they were spotted grabbing dinner in September 2020, and dating rumors continued to heat up as they attended workout classes together and enjoyed a flurry of PDA-filled dates. They seemingly confirmed their romance by dressing as Elvis and Priscilla Presley for Halloween the following month, and Jacob has popped up on Kaia's Instagram account several times since then. Read ahead to admire all the snaps of Kaia and Jacob's fashionable red carpet debut.