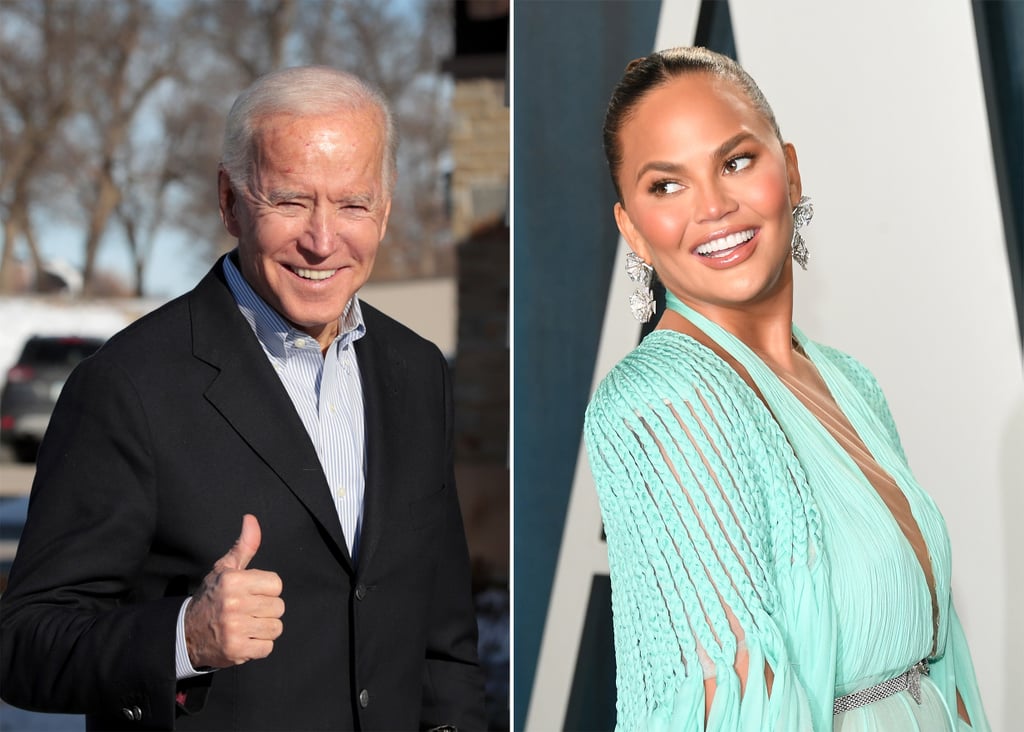 It's the end of an era for the @POTUS Twitter account, and for Chrissy Teigen, that's a good thing for more reasons than one. On Jan. 20, not only did Chrissy reveal on Twitter that she'd been blocked by the previous president for the past four years on the platform, she also asked President Joe Biden for a follow. It seems her wish was his command, she's one of the first 13 accounts that @POTUS follows — and the only one that's not a part of his administration. Upon learning of the follow and celebrating, Chrissy tweeted: "I should prob never tweet again." While we'd be upset if she followed through with that thought, we guess we could understand. Who hasn't debated quitting Twitter after getting the follow of all follows? You can see Chrissy's complete reaction to Biden's follow in the tweets ahead.

Related:
Chrissy Teigen Held Nothing Back With Her Farewell Address to Trump on Instagram
Previous Next Start Slideshow
Joe BidenChrissy TeigenPresidential InaugurationCelebrity Twitter