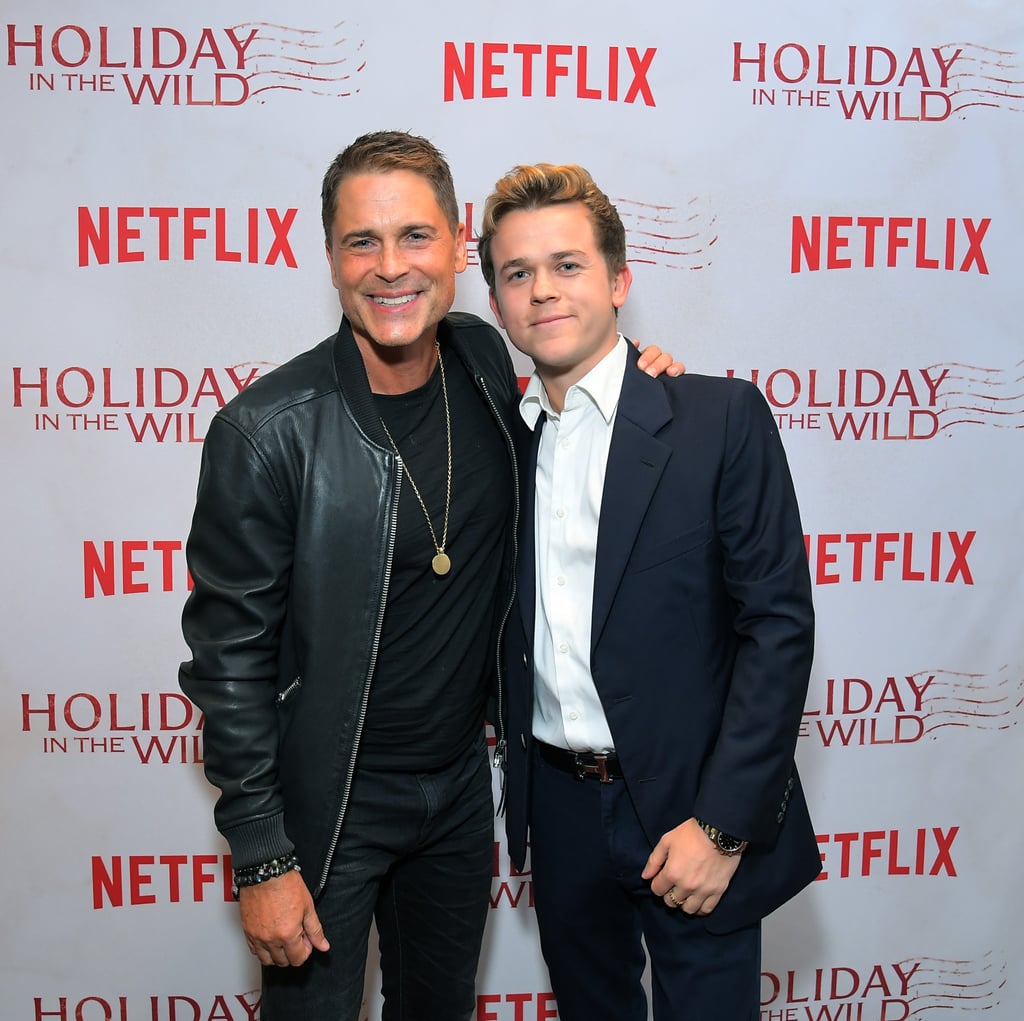 What's the cutest father-son pairing in Hollywood, you ask? Though they have some fierce competition, there's no doubt that Rob Lowe and the younger of his two sons, John Owen Lowe, are major father-son relationship goals. As well as inheriting dreamy blue eyes from his father, John Owen also inherited a passion for acting. He made his big debut in The Lowe Files — where he, his dad, and his brother Matthew explored unsolved mysterious together — and he even had a guest role on Fox's The Grinder (which Rob starred in) as Joel Zadak. His latest project with Rob is Netflix's Holiday in the Wild, and if the new Christmas flick doesn't make you fall in love with this father-son duo, then maybe these pics of Rob and John Owen Lowe together will.

Ed Sheeran
Ed Sheeran Announces Birth of Second Child: "Over the Moon to Be a Family of 4"
by Eden Arielle Gordon 23 hours ago