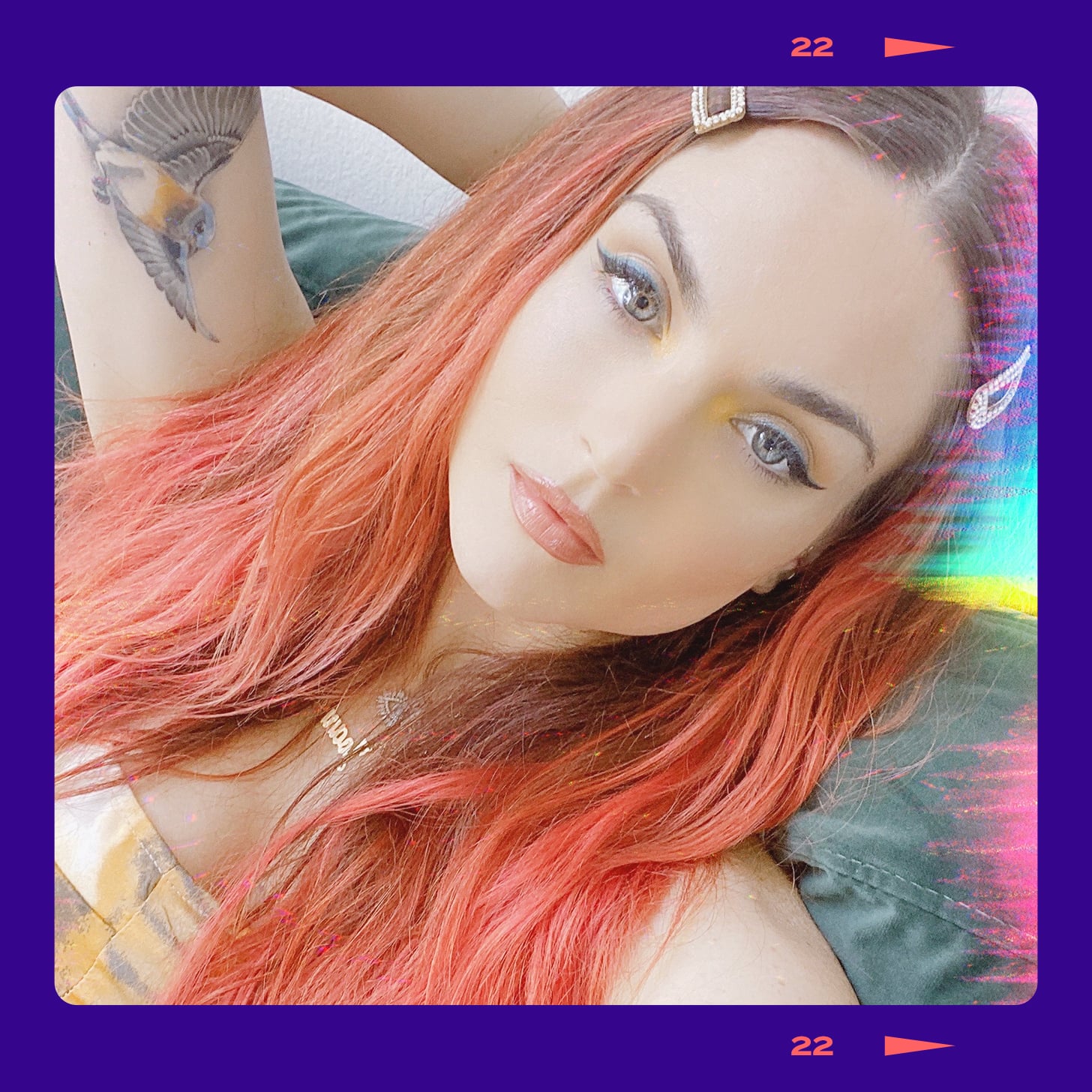 Few people have been topping the charts and breaking records since the casual young age of 13, but JoJo is one of them. From her breakout hit "Leave (Get Out)" that we all dramatically sang along to on windows-down car rides to her comeback album Mad Love in 2016, she never ceases to bring us some perfect, relatable bops. So it's no surprise that her latest album, Good to Know, debuted at No. 1 on the Billboard R&B albums chart.

Now, she's released a deluxe edition of the album, with new songs and collabs featuring fellow badass women Demi Lovato and Tinashe. In celebration of the album release, we chatted with JoJo about recording the album, the last time she was star-struck, the unique thing she does every night before bed, and more!

What was the last day recording Good to Know like?

It was my first time working with the producer, 30 Roc, and cowriting with my girl Lauren LaRue (we also wrote "Man" together). I ordered some tequila and wine to one of my favorite studios, and we just starting talking shit over this beat . . . it all came together pretty quickly. The last song we did was called "Comeback".

"One of the bras works, the other is too small for my tatas."

The (Un)Well episode on fasting. Especially water fasting. Recently I did a five-day juice cleanse and really enjoyed the clarity I felt. So it was interesting to learn more about the varying opinions on water fasting for various lengths of time.

A blurry picture of a blueberry coffee cake I made for dessert after the mac & cheese.

If I'm alone, I'll watch an ASMR video. It's one of my "secret single behaviors" like they mentioned on Sex and the City. My two favorite ASMRs are "Creative Calm ASMR" and "Sophie Michelle ASMR". Both have UK accents and make such beautiful thoughtful content. There's something so comforting about their voices and the experience of personal attention they provide. 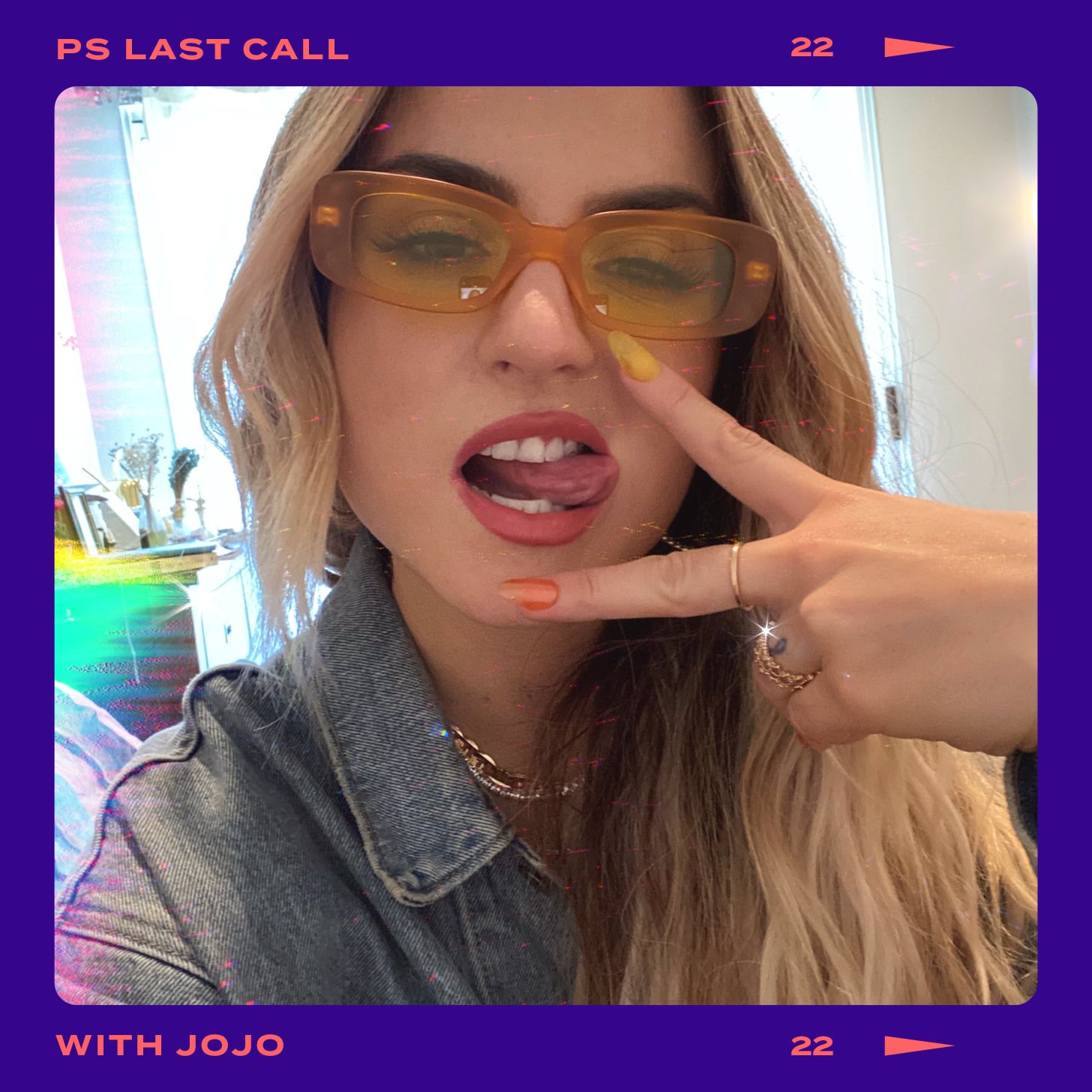 An engraved bottle of 1942 from my producer, Lido.

Last thing Demi Lovato or Tinashe did that inspired you?

Both of them are such badass women. Demi recently wrote an open letter for Vogue covering a wide range of topics. And I have been particularly touched by how she's chosen to use her platform to educate her followers on issues that matter to her, like the wide-ranging implications of racial injustice and police brutality.

It was pretty half-assed. I did a few sets of random core exercises, two sets of 15 push-ups, some glute bridges. Then I took my dog for a mile-long walk where we went up a hill. Tomorrow I'm gonna stop the workout avoidance — put on a workout video and get sweaty.

A vintage silk scarf from The Real Real. Scarves are low-key the multipurpose staple of my summer. I tie my hair up in one, or fashion it into a tube top or a sarong to go over a bathing suit or as an accessory hanging off my purse.

Last time you were star-struck?

When I was on a Zoom call that Jane Fonda was on.

About a month ago I went to a wedding in Mexico with my best friend. We decided to turn our swag up a bit with the outfits since we were gonna be actually seeing people in person for the first time. I wore high heels and got terrible blisters. Back to sweats and sneakers.

JoJo's deluxe edition of Good to Know, featuring a new collab and five new tracks, is out now!