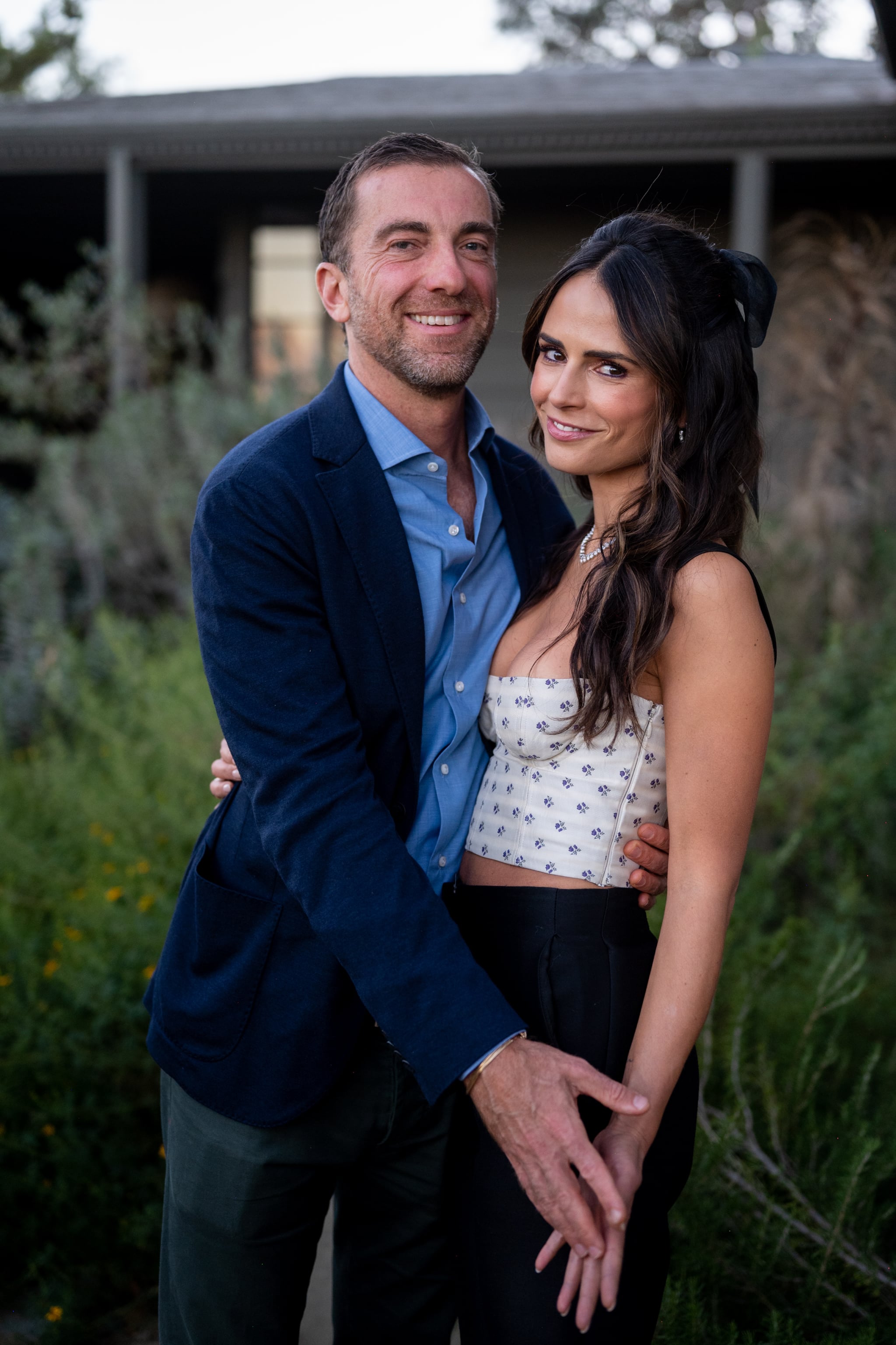 Jordana Brewster has officially found someone to ride shotgun with her forever. The Fast and Furious actor married businessman Mason Morfit in a Redondo Beach, CA, ceremony on Saturday, Sept. 3, according to photos obtained by People. The couple have been engaged since September 2021.

While details about the ceremony remain scarce, Brewster did find a special way to incorporate her two-decades-long (and counting) stint playing Mia Toretto in the Fast and Furious franchise into her wedding. As seen in the photos, the actor had a number of cars from the movies lined up outside the venue, and she and Morfit reportedly jumped into the famed blue Acura Integra, which her character rode in with the late Paul Walker in the movies.

And of course, some of Brewster's Fast and Furious family were also in attendance, including Vin Diesel, Ludacris, and Meadow Walker, the daughter of Paul. Meadow shared a video of herself at the wedding on Instagram alongside congratulations for the happy couple and also posed for a photo with Diesel and Ludacris.

Brewster and Morfit were first linked in July 2020. She officially announced her engagement to the businessman in a September 2021 Instagram post. At the time, she wrote, "❤️JB soon to be JBM❤️."

The actor shared more details about her relationship with Morfit in a candid Glamour essay published in 2021. In the essay, she revealed she actually met her future husband four years before divorcing Andrew Form, her husband of 13 years. (She and Form share two sons together: Julian, 8, and Rowan, 6.)

"In my 20s and most of my 30s, I second-guessed every move or decision I made," Brewster wrote. "In my 40s, I know what I value and am proud of decisions I can make on my own. My newfound security helps my kids in the long run. I know that in my heart. I also feel like I finally have a partner. One of the best things — and there are many — that Mason said to me was 'I will hold you in the light.' It's a Quaker saying that means 'lifting you up to light and goodness so you can have hope and peace.'"

Celebrity Instagrams
Adam DeVine Is Not Adam Levine, So Please Leave Him Out of This
by Chandler Plante 5 hours ago