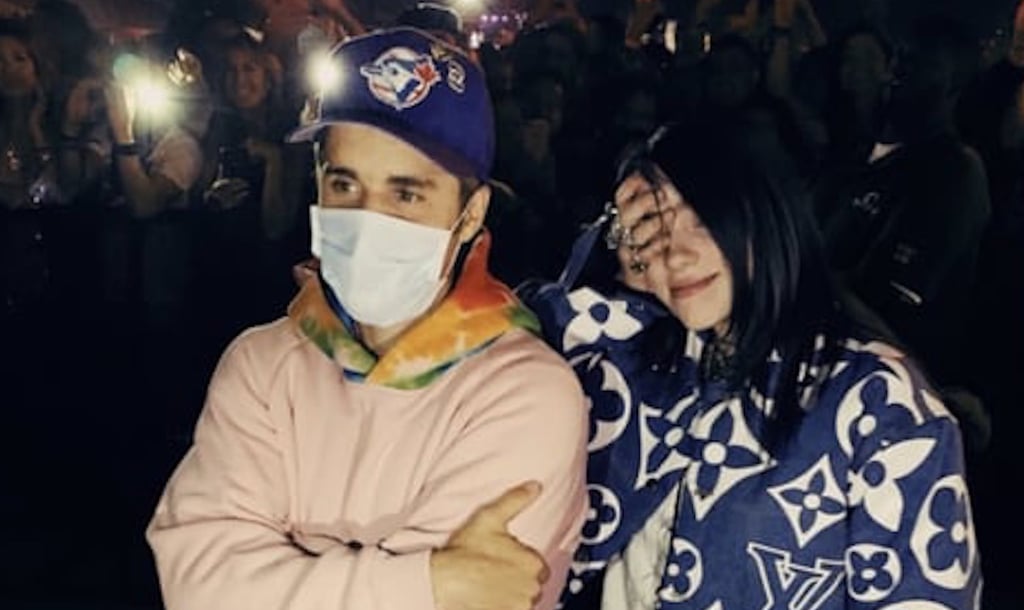 While I do consider myself a Justin Bieber fan, I'll be the first to admit that my love for him doesn't even come close to Billie Eilish's. The 18-year-old singer has been a fan of Justin's ever since she was a little girl, and she's made it pretty clear how far she'd go for him. In the final episode of Justin's Seasons documentary, Billie expressed her love for Justin, saying, "I care about him more than anyone in my life . . . anything that he makes at all, I'm excited about. I don't care if he pooped and put it on a plate and put that in a store, I'm excited." Aaaaand that's probably where I'd draw the line.

Billie had the honor of meeting Justin for the first time at Coachella last year, and since then, the two have become quite close. Justin even spoke about wanting to protect Billie in a recent interview with Zane Lowe, given that he's far too familiar with the pressures of being in the spotlight. In honor of their friendship (and hopefully another collab), see some of their best friendship moments ahead.

by Mekita Rivas 8 hours ago