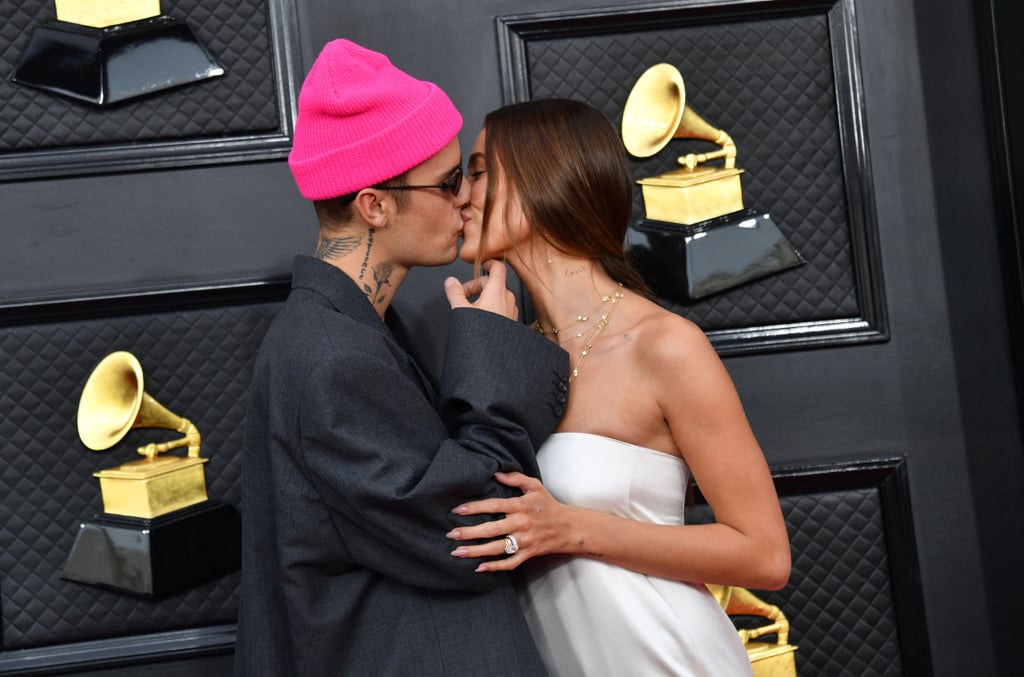 It was date night for Justin and Hailey Bieber at the Grammys. On Sunday, the couple made a glamorous appearance at the award show in Las Vegas. Justin suited up for the big night, and Hailey looked like a vision in a strapless white gown. While Justin is already a two-time Grammy winner and has attended the Grammys plenty of times before, the pair's latest appearance marked the first time they've attended the ceremony together. It was also the first time Hailey was present at the show.

It was an exciting night for Justin; not only did he perform his hit, "Peaches," with Daniel Caesar and Giveon, but he scored eight nominations, including record of the year, album of the year, and best pop vocal album.

Ahead of the show on Sunday, Justin asked fans to "say a little prayer" for him during his concert in Pennsylvania. "I'm nervous," he told the crowd. "Would you guys do me a favor? Tonight when you lay your head on your pillow or something, just say a little prayer for me that it goes well. That would mean a lot to me."

See more of Justin and Hailey's Grammys night ahead.