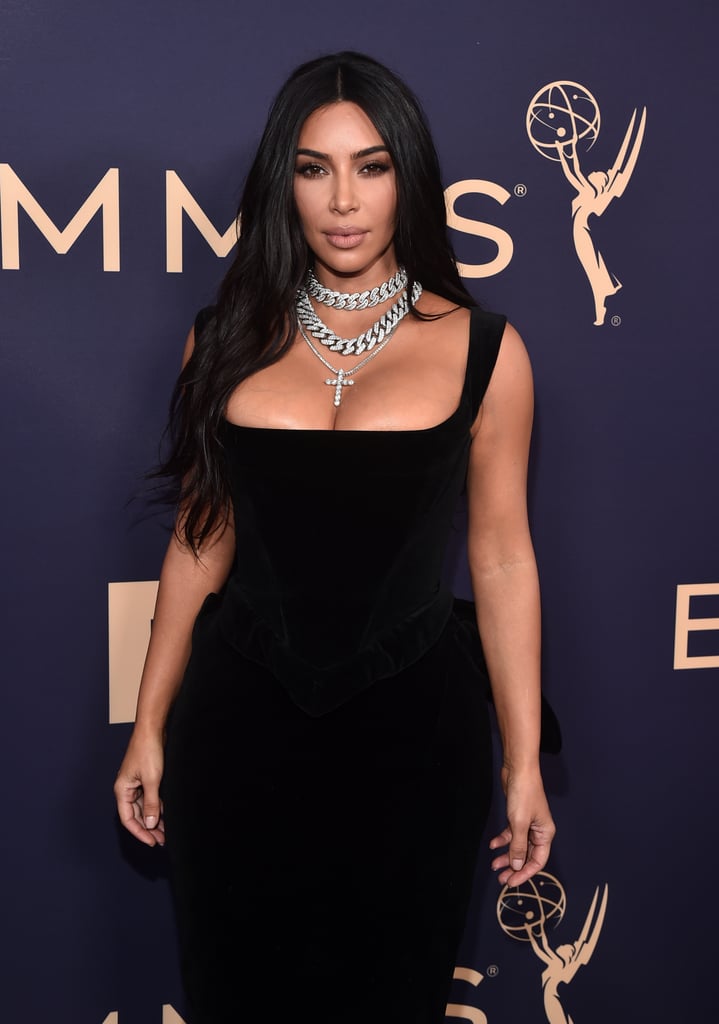 Kim Kardashian and Kendall Jenner had a cute sister outing as they attended the Emmys on Sunday night. Kim rocked a simple black dress, while Kendall modeled some leather with a floral pink gown. The famous siblings attended the award show to present the winner for outstanding reality-competition program, where their intro was met with some noticeable laughter from the crowd.

While Kim previously attended the show in 2010, this was her little sister's very first Emmys. During an interview with E! News on the red carpet, Kim embarrassingly recalled how she sang alongside Jimmy Fallon for the show's opener almost nine years ago. A lot has changed since then! See more photos of Kim and Kendall's appearance ahead.

Grammy Awards
Welcome Back! Trevor Noah Is Hosting the Grammy Awards Again in 2022
by Naledi Ushe 10 hours ago