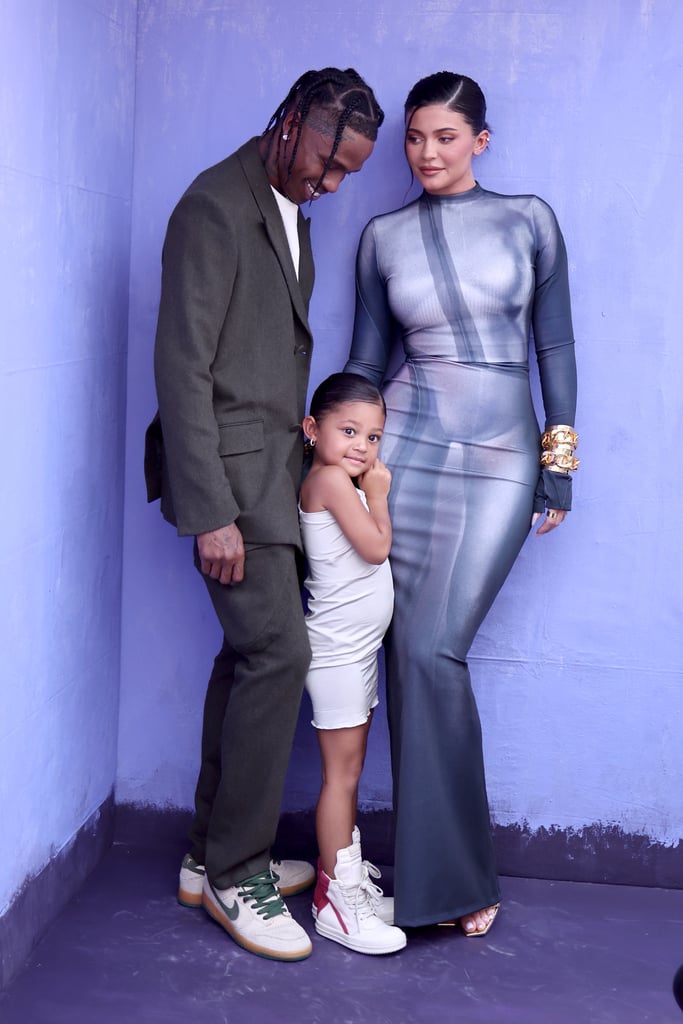 Kylie Jenner and Travis Scott took a special guest with them to the 2022 Billboard Music Awards on May 15: their 4-year-old daughter, Stormi. The trio were spotted walking into the event, and Stormi's parents posed together on the red carpet.

It was the first major public outing for the whole family since November's Astroworld tragedy, where 10 people died and hundreds were injured. Scott performed at the event, which was his biggest public performance since that concert. Scott and Live Nation are being sued over the event.

A few hours ahead of their appearance at the Billboard Music Awards, Jenner shared a photo of herself and Stormi sitting on a private jet on her Instagram. On her Story, she shared more shots from the plane, including a cup that was branded with "Kylie Air," and she later added footage of herself and Scott on the red carpet.

Jenner and Scott welcomed their second child, a boy, in February. Originally, they announced that they had named their son Wolf Jacques Webster, but then Jenner let fans know that they had decided to change his name. "I knew the second I signed the birth certificate that I was probably gonna change his name," she explained in April to USA Today. "It just didn't suit him." She said she would share an update with fans once they picked the child's name for good.

Jenner, her sisters, and their mom, Kris Jenner, were all spotted together at the Met Gala on May 2. For Kourtney and Khloé Kardashian, it marked their very first time at the star-studded event.

The first season of the famous family's new reality show, "The Kardashians," is currently airing on Hulu. Scott has yet to appear on the show, though in the episodes that have been released, which cover the fall of 2021, Jenner is pregnant.

See the photos of the family ahead.

Simone Biles
Seeing Double: The Cutest Pictures of Simone Biles and Her Sister Adria
by Victoria Messina 3 hours ago