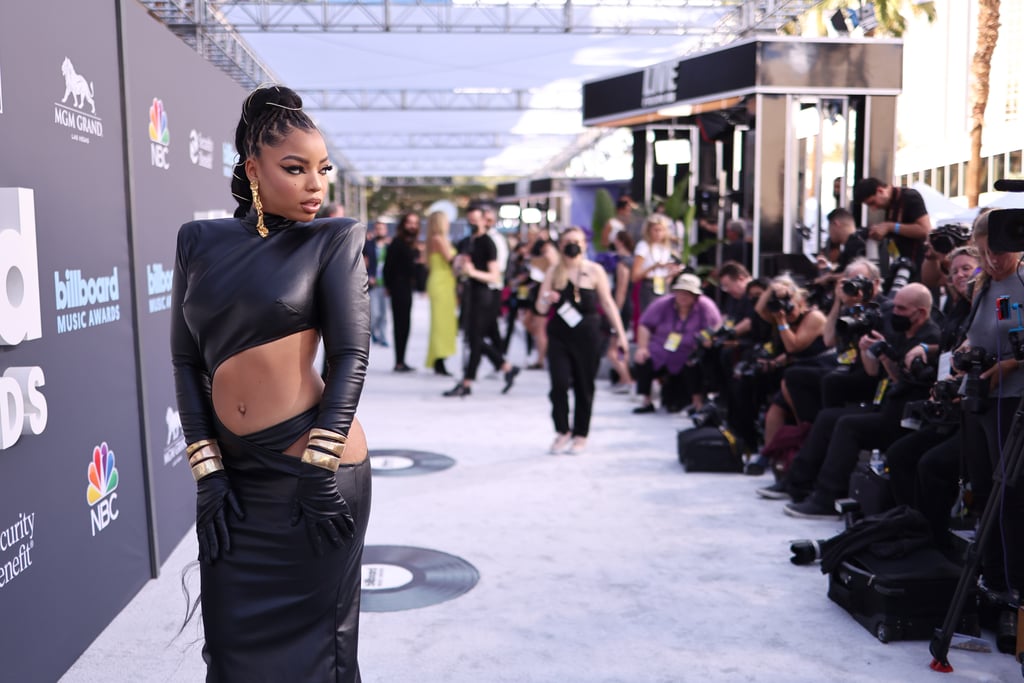 The Billboard Music Awards red carpet has wrapped at the MGM Grand Garden Arena in Las Vegas, and celebrities arrived at the event in creative, personality-defining outfits. With cultural icon Diddy having hosted the ceremony, which spotlights leaders in the industry across all genres, it was set to be an iconic night for fashion as well. Diddy confirmed to E! during a preshow interview that he had a total of 14 costume changes prepared for the show, though he didn't plan to wear them all. And Mary J. Blige, who was presented with the icon award by Janet Jackson, went from a black sequined Julien Macdonald dress with a front slit to a colorful cutout Rey Ortiz design for her appearance on stage.

Ahead, track every arrival and see what these talented musicians dreamed up with their stylists for the big night.

Award Season
Latto Wins Big at the BET Awards: "I Said I Wasn't Gonna Cry"
by Victoria Messina 17 hours ago