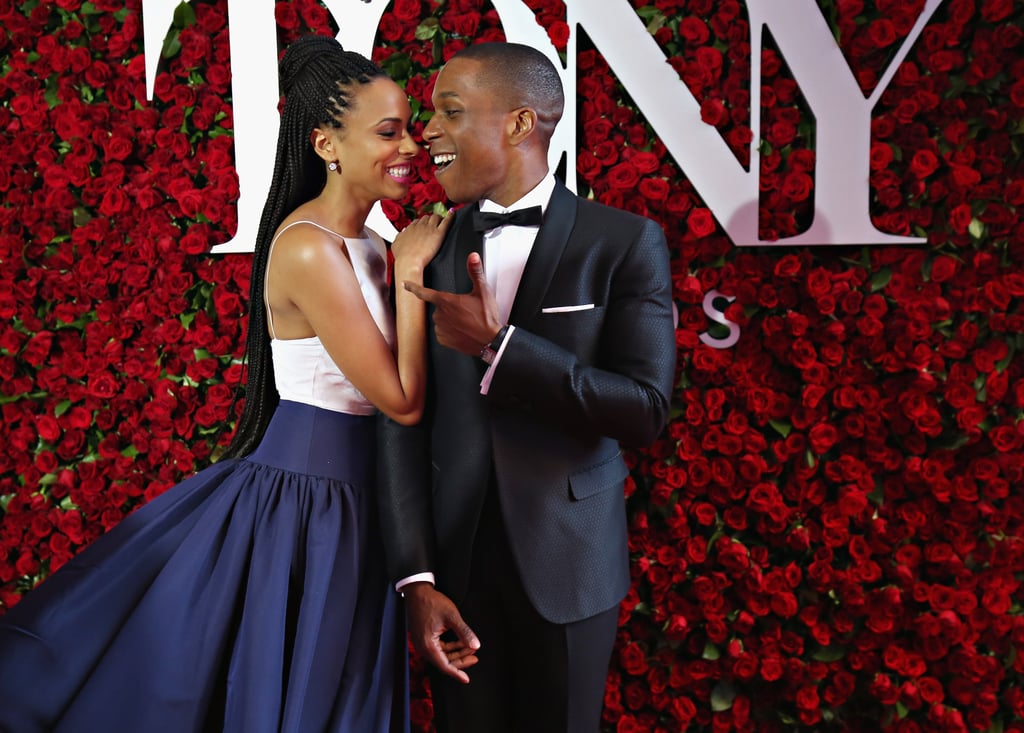 Quite a few celebrities have met their significant other on set, but Leslie Odom Jr. met his wife, Nicolette Robinson, on the stage. In 2008, Leslie was working as Billy Porter's assistant director for his production of Once on This Island at a theater company in LA. While sitting in on auditions, Leslie was immediately drawn to Nicolette, who was a UCLA student at the time. Although Nicolette didn't get cast in the musical, she eventually joined the show later when another cast member had to step out for personal reasons.

"Billy had to do some juggling within the cast," Leslie told Playbill in 2015. "He moved roles around and he called that pretty black girl from the audition and had her step in. As his assistant it was my job to get her up to speed and make sure she was okay. We got very close very quickly, but normally those kinds of things — you call them showmances — end when the show ends, but ours never ended. We just had so much fun together." The couple eventually tied the knot in December 2012 and welcomed a daughter named Lucille in April 2017.

While Leslie is well known for his roles in Hamilton and on NBC's Smash, Nicolette has had some notable roles as well. She played Jane on The Affair, and in 2018, she made her Broadway debut when she played Jenna in the musical Waitress. The couple even played a couple on Freeform's miniseries Love in the Time of Corona, and are set to share the screen again in One Night in Miami. See some of their cutest moments together ahead.