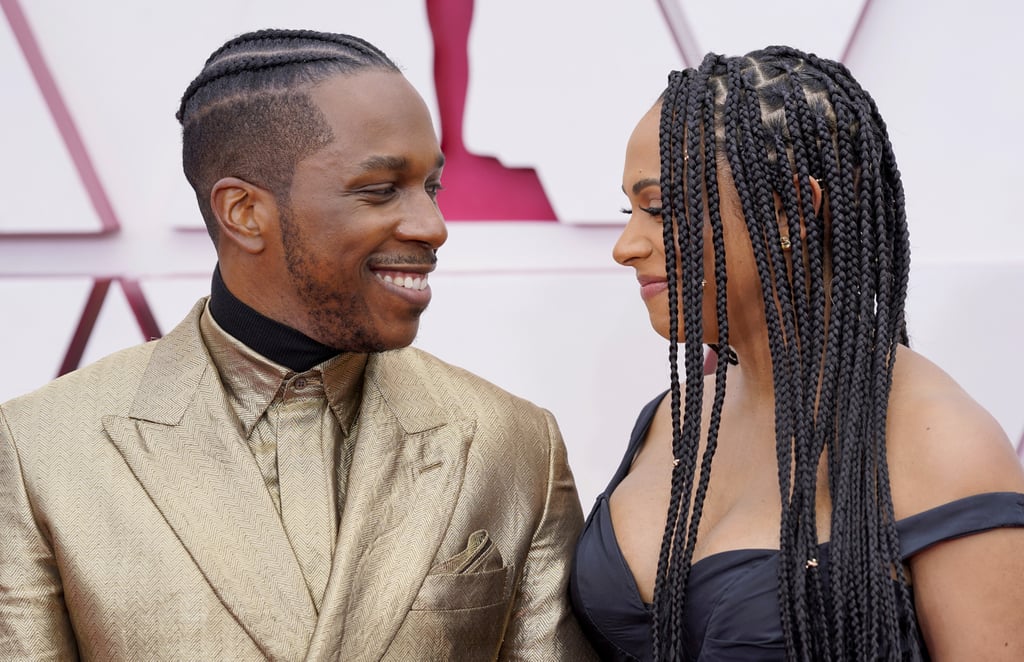 Leslie Odom Jr. and Nicolette Robinson looked like royalty when they stepped out at Sunday night's Oscars. The couple — who welcomed their second child, son Able Phineas, in March — were an absolute vision. Leslie wore an all-gold suit, while Nicolette stunned in a gorgeous Zuhair Murad gown. The Academy Awards marked the couple's first public appearance since becoming a family of four. Leslie and Nicolette are also parents to their daughter, Lucille, who turned 4 earlier this month.

It was a big night for Leslie; not only did he dazzle us with a breathtaking performance of "Speak Now" during the Oscars preshow, but he was also nominated for best original song for "Speak Now" and best supporting actor for his portrayal of soul singer Sam Cooke in One Night in Miami.