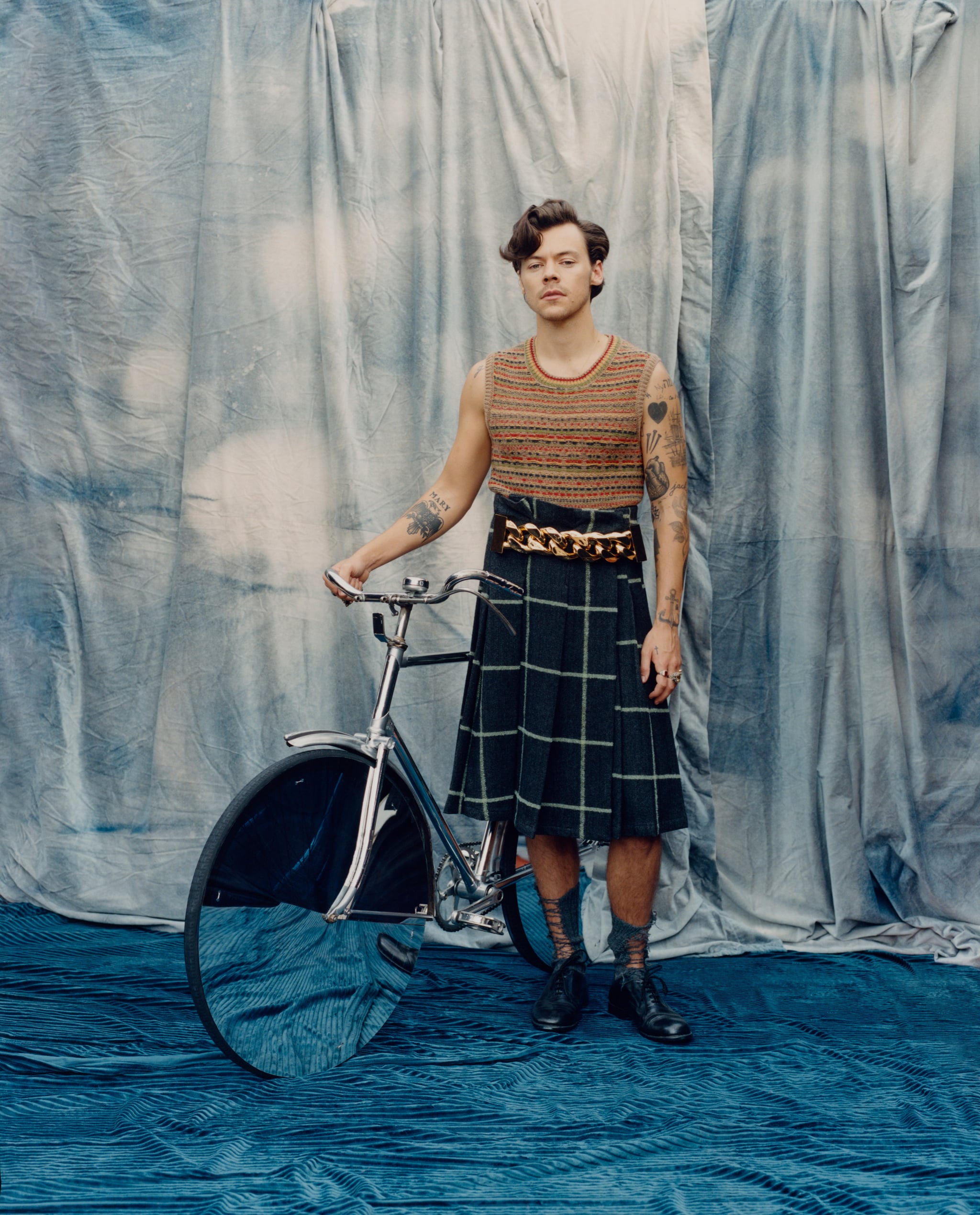 It didn't take long for far-right commentators like Candace Owens to make their thoughts known about Harry Styles wearing a dress on his historic Vogue cover. Candace tweeted, "There is no society that can survive without strong men." She then went into a diatribe about "the steady feminization" of men in Western society before ending her rant with a plea to "bring back manly men."

Far-right commentators weren't the only ones to take issue with Harry's cover, with members of the LGBTQ+ community questioning why Harry was chosen to be the symbol of progressive gender fluidity. There's a difference between the kinds of critiques each group is making. Conservatives focusing on the ignorant idea that certain clothing items are gender-specific is unwarranted. The LGBTQ+ community's concern over whether Harry is accurate representation, however, shines a light on the bigger issue within the fashion industry.

In a recent Instagram post, gender-nonconforming performance artist Alok Vaid-Menon highlighted the issue with giving praise to a white cisgender male for a movement that should largely be credited to transgender people of color. "Am I happy to see Harry be celebrated for openly flouting gendered fashion norms? Yes. Do trans femmes of color receive praise for doing the same thing every day? No," they captioned the post. "Make no mistake: trans femmes of color started this and continue to face the backlash from it. Our aesthetics make it to the mainstream, but not our bodies. We are still dismissed as 'too much' and 'too queer' because we aren't palatable enough to whiteness and heteronormativity."

"Make no mistake: trans femmes of color started this and continue to face the backlash from it. Our aesthetics make it to the mainstream, but not our bodies." — Alok Vaid-Menon

While Harry is applauded for the style choices he makes, transgender and nonbinary individuals are constantly vilified or othered for the strides they've made in gender-nonconforming fashion. The fashion industry seems far too keen to "cherrypick" aesthetics from identities and cultures without proper representation. Brands and magazines want to seem progressive without putting in the work, and Harry as Vogue's cover star is the bare minimum for this progress.

Alok said it best in their post: "We can both acknowledge this unprecedented moment while also remembering that it could only happen because of the resistance of trans femmes of color." Here's hoping Harry's cover is able to spark a conversation that leads to authentic representation from the communities the fashion industry loves to "ideate" from.

Taylor Swift
Taylor Swift Fires Back at Blur's Damon Albarn: "I Write ALL of My Own Songs"
by Princess Gabbara 19 hours ago