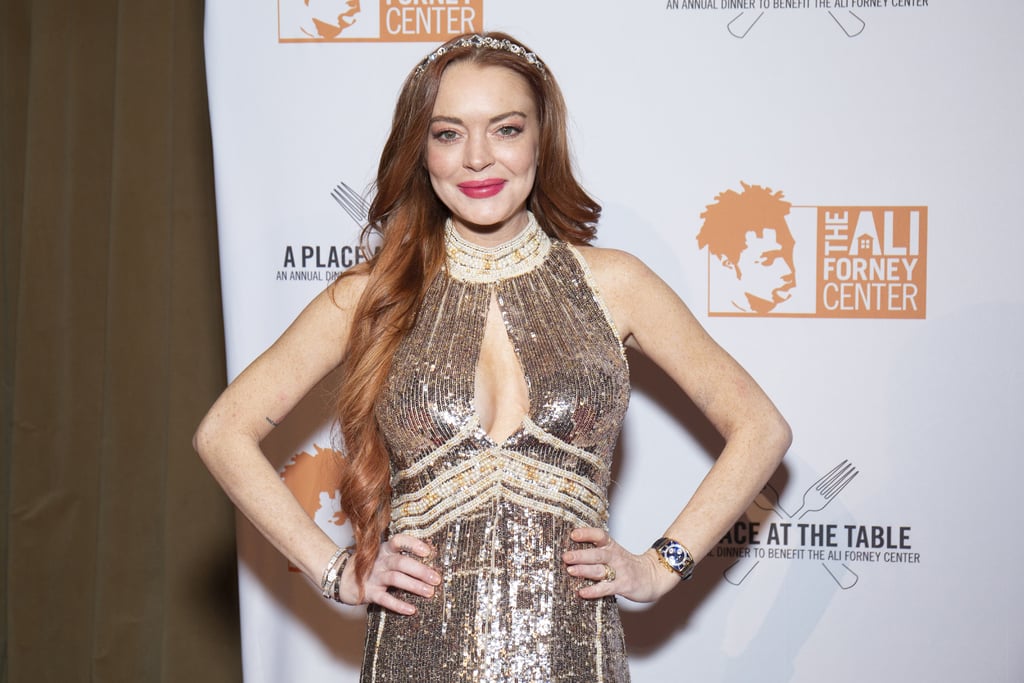 Lindsay Lohan is engaged to boyfriend Bader Shammas. On Nov. 28, the Mean Girls star announced the exciting news on Instagram with her nearly 10 million followers. "My love. My life. My family. My future. @bader.shammas #love 💍," the actress captioned a cute photo of herself cozied up with her boyfriend of two years while showing off her engagement ring. In a series of black-and-white photos, the couple appeared to be smitten with each other.

The couple first sparked romance rumors in February 2020 after Lindsay posted about having a boyfriend on Instagram, though it was later deleted. Bader works in Dubai at Credit Suisse as an assistant vice president. Congrats to Lindsay and Bader on their engagement!