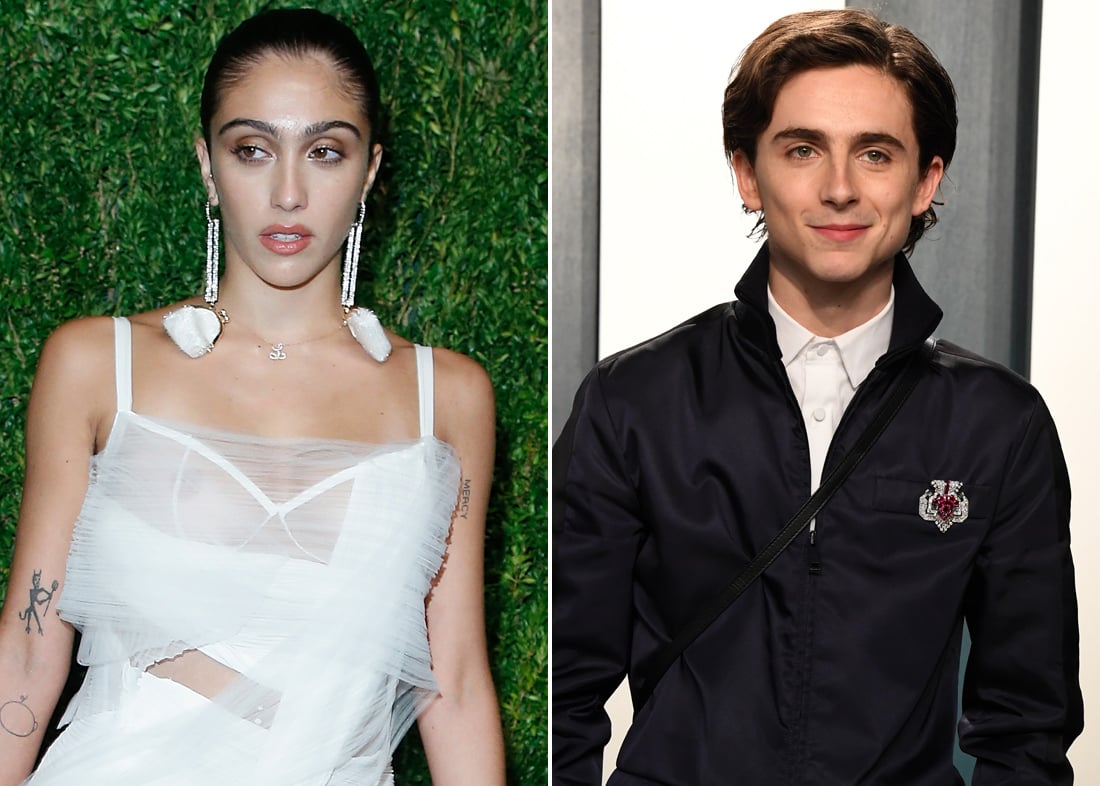 Before either of them made it big in Hollywood, Lourdes Leon and Timothée Chalamet were just two teens in love. Yep, in case you weren't already aware, Madonna's daughter met the Dune actor back when they were students at LaGuardia High School of Music & Art and dated in 2013. While the two have been pretty tight-lipped about their previous romance over the years, Lourdes briefly opened up about their relationship during a recent interview with Vanity Fair. "I respect him a lot, we were a little item," she said about the actor. "My first boyfriend, or anything."

While this is one of the first times Lourdes has talked about their relationship publicly, Timothée has had nice things to say about Lourdes in the past. When asked if Lourdes had seen Call Me by Your Name in 2017, Timothée told Andy Cohen, "She hasn't seen it yet, but she's excited to. She keeps teasing me about it. The movie itself she's very excited about, and the reception it's been getting is only a great thing, it's like the public appearance stuff around it, some of the late-night things I've done. I'll get made fun of." It's unclear just how long the pair actually dated — Timothée avoided the question during his interview with Andy — but they're obviously still on good terms.