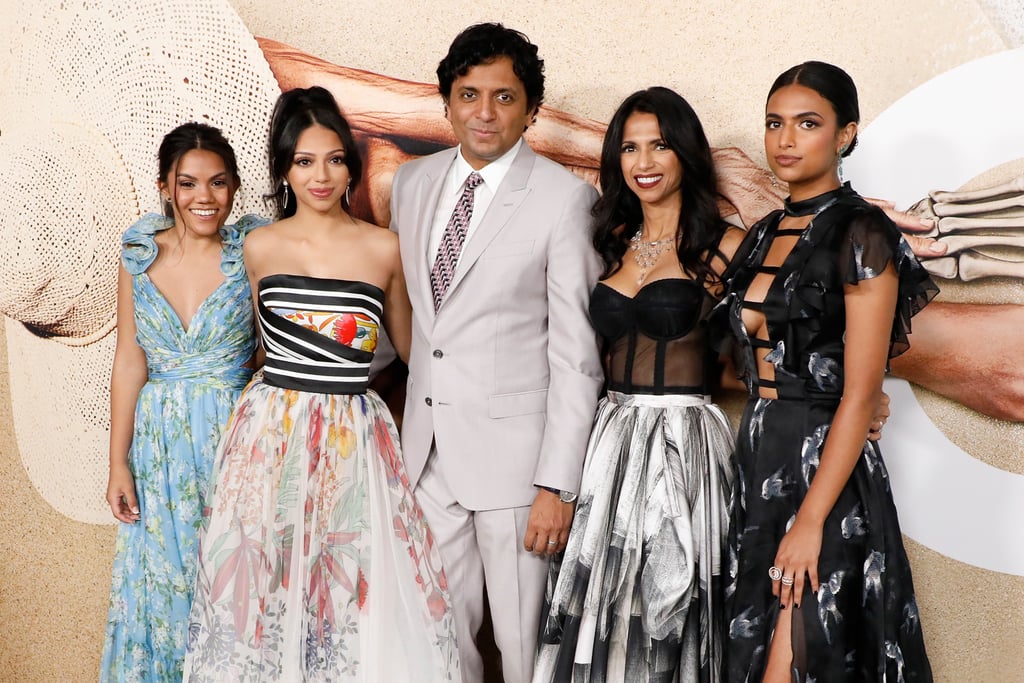 M. Night Shyamalan turned the world premiere of Old into a family affair. On Monday night, the director was joined by his wife, Bhavna Vaswani, and their three daughters, Saleka, Shivani, and Ishana as they hit the red carpet for the upcoming film in NYC. While it was his big night, his daughters really stole the spotlight as they posed for the cameras. We can't get over how grown up they all are! His daughters have attended a handful of movie premieres with him over the years, including Split in 2017 and After Earth in 2013.

Just as Shyamalan has an impressive film-making career, his daughters are paving their own way in the industry. Saleka has been releasing new music this year as an R&B artist, while Ishana has worked on a handful of projects with her dad; she was a second unit director for Old and previously wrote and directed episodes of his Apple TV+ series Servant. See more photos of the Shyamalan daughters ahead.