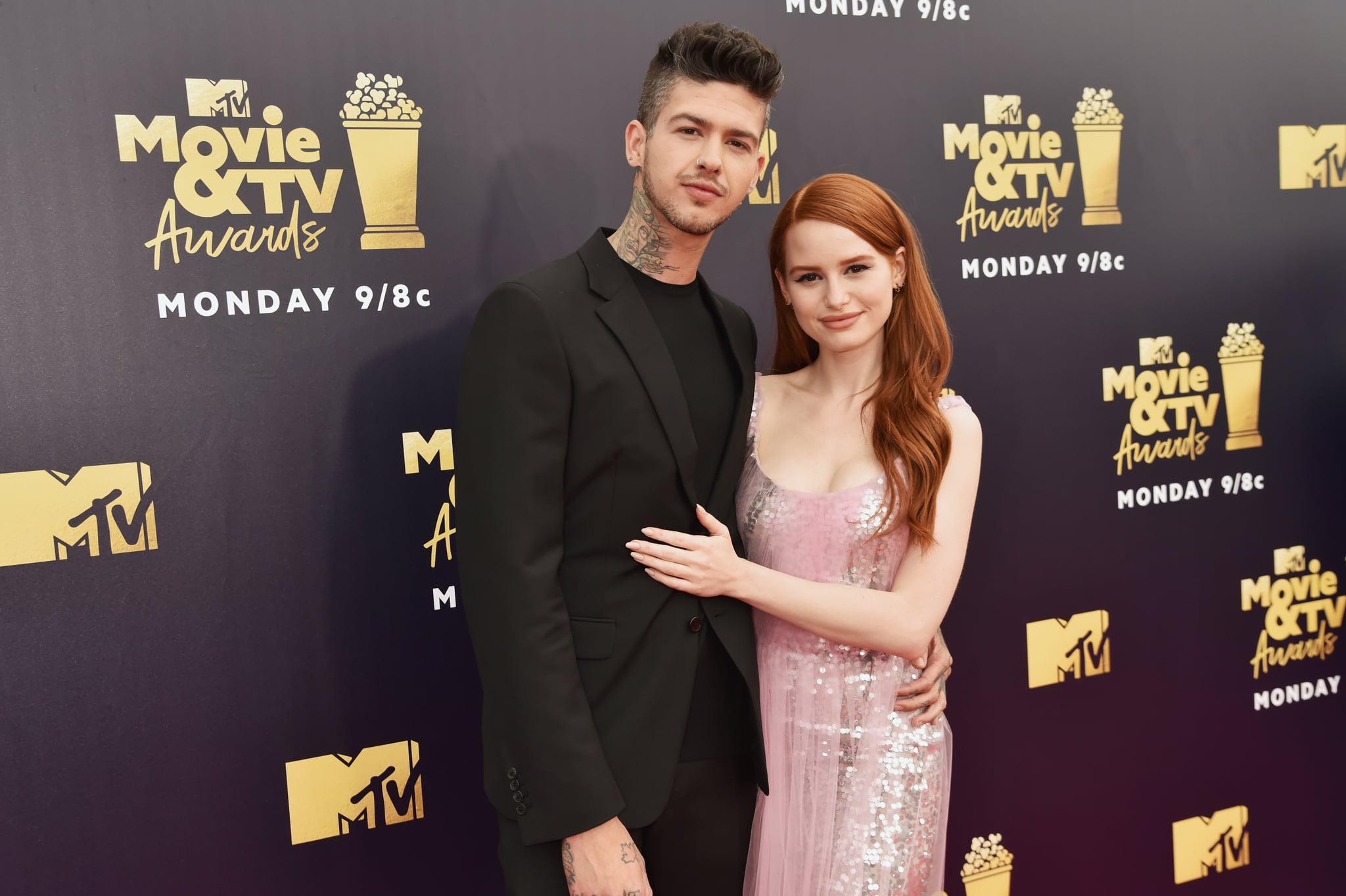 Madelaine Petsch and Travis Mills are no longer together. The 25-year-old Riverdale actress and the 30-year-old rapper have broken up after three years of dating. The two, who had been known to flaunt their love on the red carpet and social media, first sparked breakup rumors when Madelaine attended a few Oscars afterparties without Travis and they didn't wish each other a happy Valentine's Day. On Thursday, Travis confirmed their breakup in a lengthy post on Instagram.

"I've had to accept there's no possible way to capture a love of this scale or its significance to me, in a few paragraphs," he wrote alongside a cute photo of the former couple. "That said, I'll try, because so many of you supported us over the years like a family would." He went on to detail how difficult dating in the spotlight can be as "red carpets, parties, photoshoots, TV etc create this alternate reality" where he and Madelaine are "one-dimensional people." He added that while their split pains him, he has no regrets. "While I'm holding back tears I'm excited to see what you do next. I'll always have your back," he wrote to his ex. He ended the post by thanking fans for their support and asking people to be respectful during this difficult time.

The pair first started dating in 2017, after meeting through Riverdale. Travis auditioned for the role of Jughead, and even though he didn't get the part, he later congratulated Madelaine online for getting the role of Cheryl and they became Facebook friends. After season one wrapped, the two got back in touch and they hung out in Los Angeles.