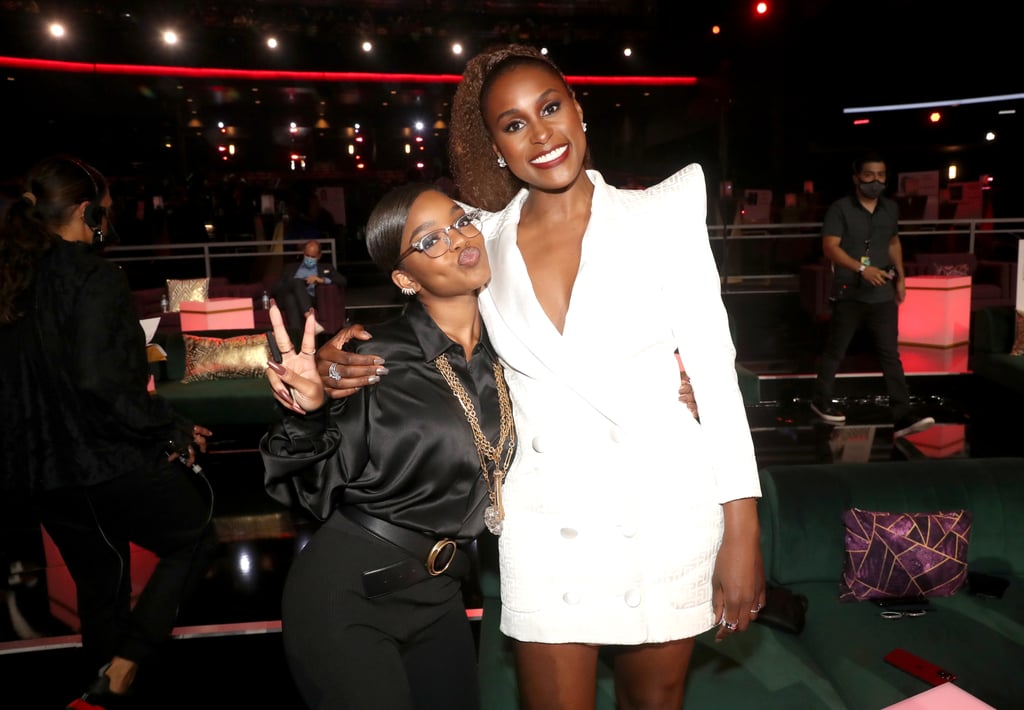 Marsai Martin and Issa Rae at the BET Awards

Just curious, how does one become as cool as Marsai Martin? The 16-year-old producer and actress popped up at the BET Awards on Sunday night, where she was so obviously the life of the party. Before the festivities kicked off, Marsai posed for photos on the red carpet in a fabulous orange top, and the second she entered the Microsoft Theater in Los Angeles, it was nonstop smiles. She and former costar Issa Rae had a Little reunion, and she looked happy as can be in photos with Ciara, Chloe Bailey, Bruno Mars, Anderson .Paak, and more.

Not only did Marsai present during the award show, but she also won BET's YoungStars award this year. Talk about having a night! Check out photos of Marsai at the BET Awards ahead, and prepare to be starstruck.