Meghan Markle and Gloria Steinem have teamed up for a candid discussion about social action. On Aug. 26, MAKERS Women, a media company dedicated to promoting gender equality, shared a Q&A in which the pair talked about the impact of activists like Gloria who have made great strides in the women's movement. "People forget how hard women like you and so many others before you fought for us to just be where we are right now," Meghan said.

They also opened up about the importance of diversity in government, referencing Kamala Harris becoming the first Black woman to be a major party's vice presidential nominee. "I'm so excited to see that kind of representation," Meghan said. "You know, for me, being biracial, growing up, whether it was a doll or a person in office, you need to see someone who looks like you in some capacity. As many of us believe, you can only be what you can see. And in the absence of that, how can you aspire to something greater than what you see in your own world? I think maybe now we're starting to break-through in a different way."

Gloria went on to encourage young voters to hit the polls in the upcoming election. "I can understand that they think they don't have an impact," she said. "And, yet, it's more important for them to vote than anyone else because they're going to be alive long after I am, and they're going to be suffering the consequences." MAKERS Women posted a brief clip of the two chatting as they relaxed in the backyard of Meghan's California home. While Gloria sported an all-black ensemble, Meghan rocked a white T-shirt and striped pants with a sun hat. The casual-chic duo also shared a laugh when Meghan's dogs made a surprise cameo.

Since the 1960s, Gloria has made waves as one of the leading voices for women's rights. She's tackled gender bias in the media industry, used her prolific writing to call for equality, and led demonstrations in support of social justice. She's also recognized for cofounding the women-centric publication Ms. Magazine, which debuted in 1971, alongside journalists and activists Dorothy Pitman Hughes, Patricia Carbine, and Letty Cottin Pogrebin. Meghan has also used her platform to encourage women, notably speaking on the significance of educating young girls and preventing gender-based violence. 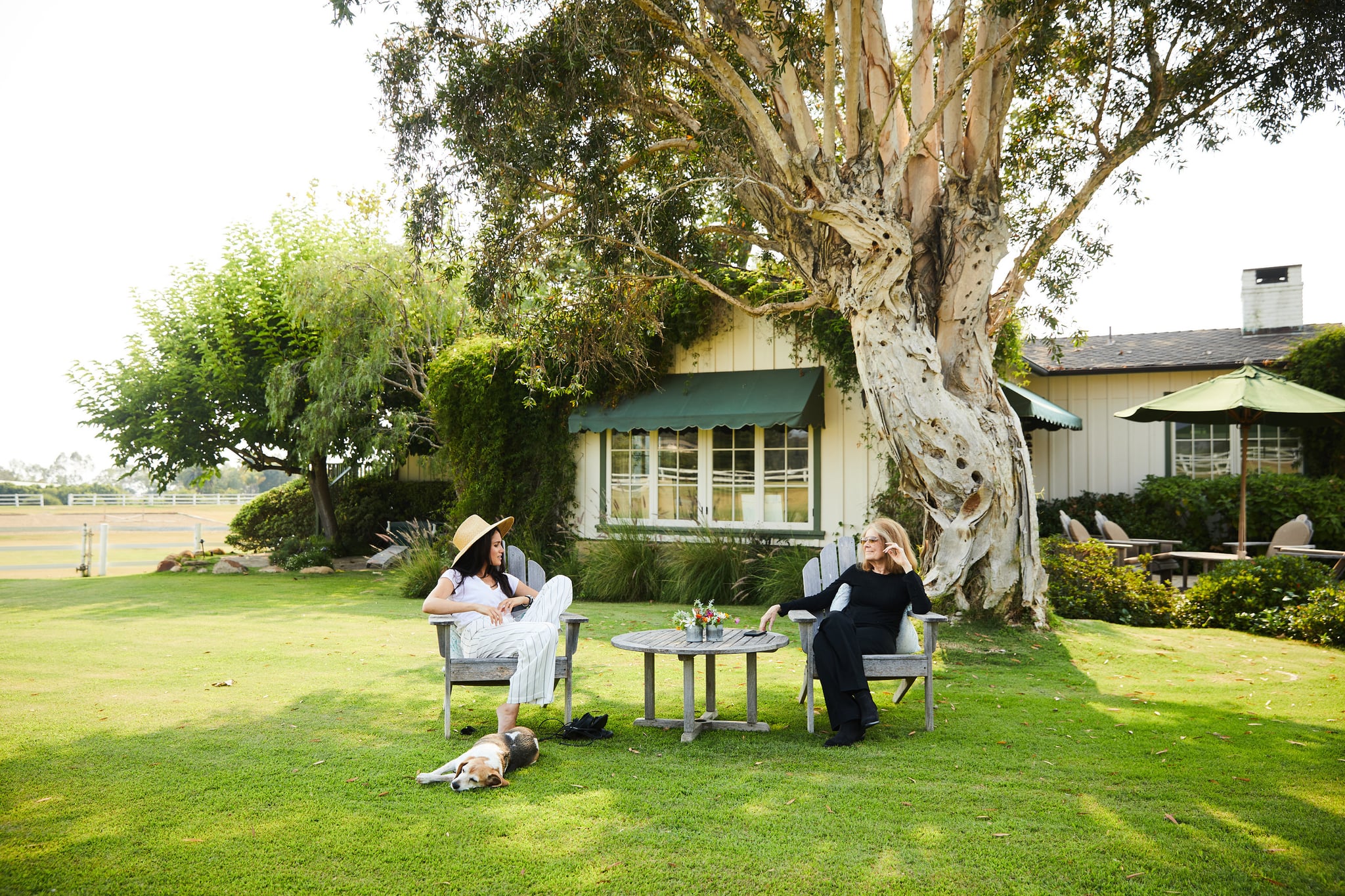