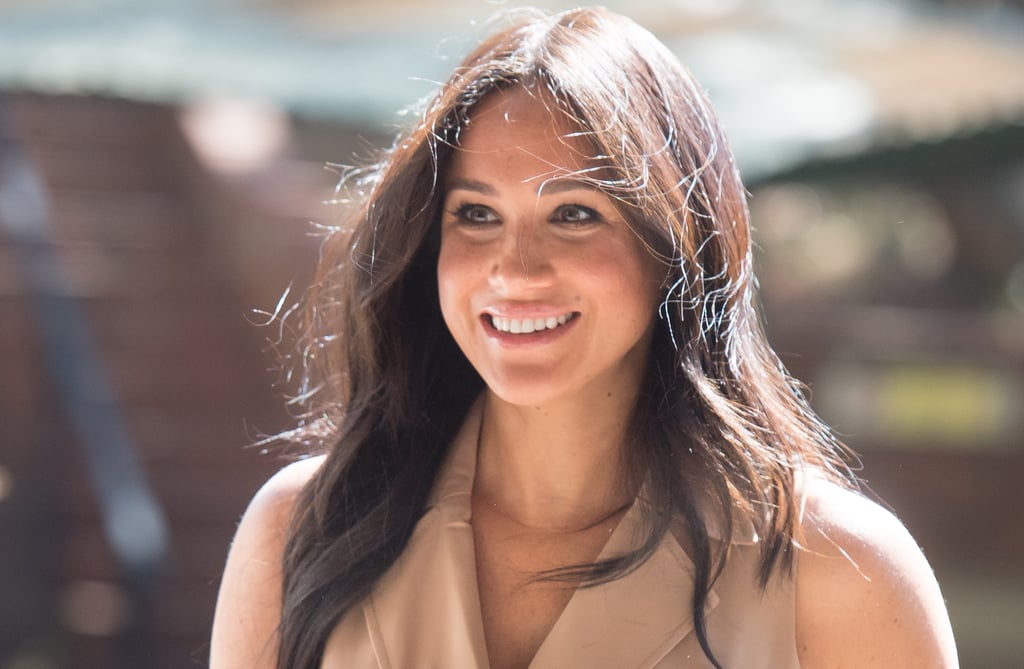 As Meghan Markle and Prince Harry's Southern Africa tour draws to a close, the Duchess of Sussex is leaving her mark on the region. On Tuesday, the 38-year-old royal paid a special visit to the University of Johannesburg to participate in a roundtable discussion with the Association of Commonwealth Universities, of which she is patron. While there, Meghan — who channeled her former Suits character, Rachel Zane, in a sleeveless trench coat dress — gave a powerful speech about gender equality and the importance of education.

"Higher education, specifically, is such a key element for growth — economic growth but also personal growth and development," Meghan said before picking up a notecard and joking, "I will use a notecard for this because, my goodness, this is the last bit that I can't screw up."

Meghan then announced a set of three gender grants to support gender equality and "support women as they are working in research and higher education roles," as well as four new Queen Elizabeth Commonwealth scholarships for students from Tanzania, Zambia, and Nigeria to study in South Africa next year. "It's a really exciting day. I'm thrilled," Meghan added.

In addition to Kate Middleton, Meghan is the only other royal bride who has received a college education. The duchess attended Northwestern University, where she earned a bachelor's degree with a double major in theater and international studies in 2003. So it makes sense why supporting girls' education is one of her key causes.

Of course, this hasn't been her only speech on the tour; Meghan also delivered an inspiring speech about women's rights when she arrived in Cape Town last week.